Rugby: warning for England, beaten by Australia in Perth

Australia, though outnumbered, beat England on Saturday in Perth (30-28), which remained on eight consecutive victories against the Wallabies, but which has just continued with… 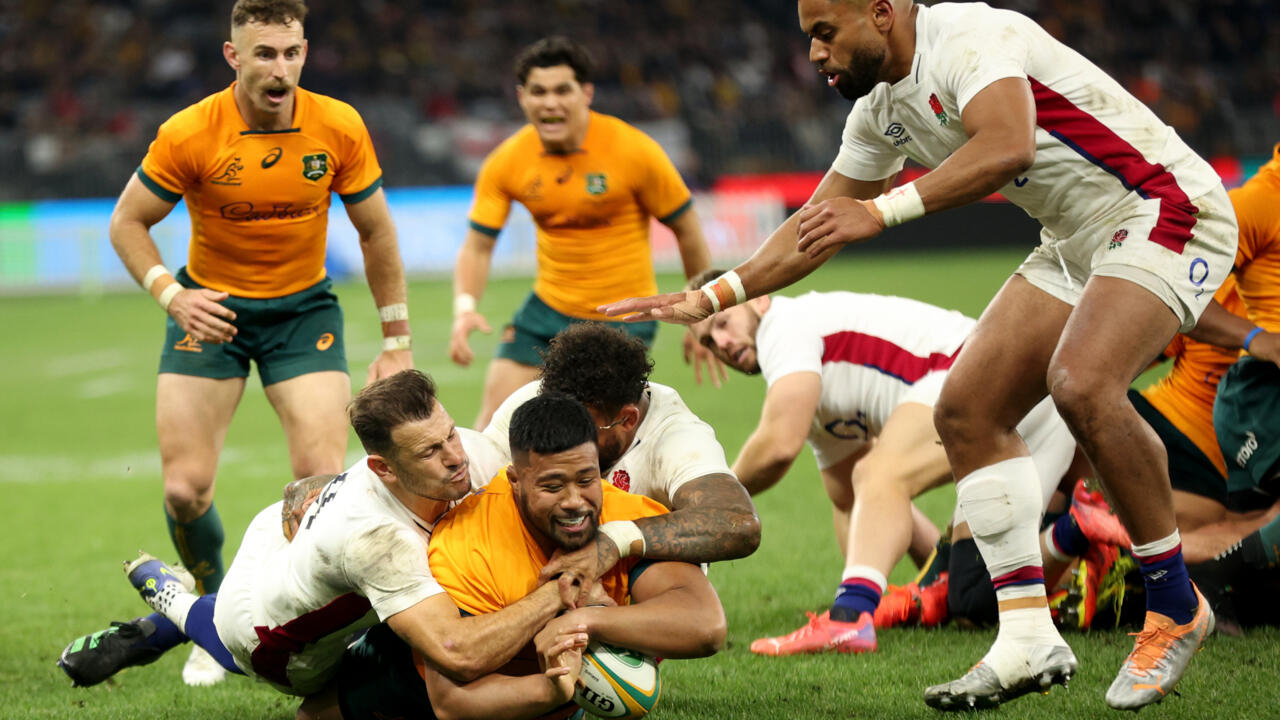 This first test match between the two nations, a very bad start to its summer tour for the XV of the Rose, will be followed by two others, July 9 in Brisbane and 16 in Sydney.

The Australians, deprived of their opener Quade Cooper, forfeited at the last minute due to an injury, thus erased the three defeats suffered during their autumn tour in Europe, against Scotland (15-13), at the England (32-15) and Wales (29-28).

As for Eddie Jones' men, they suffered their fourth consecutive defeat, after being dominated in the Six Nations tournament by Ireland at Twickenham (32-15) and the Blues at the Stade de France (25-13), then by the Barbarians in mid-June, again at Twickenham (52-21).

Just over a year from the 2023 World Cup in France, this is both good news for the Australians, who are in Pool C alongside Wales and Fiji, and bad news for the English, who will appear for their part in pool D with Argentina and Japan.

At half-time of this tough match, which saw the exclusion in the 34th minute of the Australian second line Darcy Swain, guilty of having headbutted the Englishman Jonny Hill, sanctioned for his part with a yellow card, the two teams were tied 6-6.

But in the second period, after a try from XV de la Rose in the 49th signed by its pillar Ellis Genge, the Wallabies, trained by New Zealander Dave Rennie, responded with two tries in quick succession, in the 64th by the winger Jordan Petaia, then in the 69th by hooker Folau Fainga'a (23-14).

Eddie Jones's men then seemed completely overwhelmed, especially as the Australians added a layer, thanks to a third try signed by the back Pete Samu in the 78th.

The English, then led 30-14, went to look for the mind and the pride to reduce the gap at the very end of the game, by scoring two tries in stoppage time, by Henry Arundell (80th) then Jack Van Poortvliet (80+3rd).

"We had to dig deep, get to the bottom of things today to find the right solutions," Wallabies captain Michael Hooper said after the game, saying he was "really proud of the guys and the team. effort they put in."

His English counterpart Courtney Lawes spoke of a defeat "quite difficult to take", while acknowledging that Australia had "played well".

"They came with a good strategy and played better than us," he said.