Rocío Carrasco opens in Chipiona the museum dedicated to her mother, Rocío Jurado, without her family but with Fidel Albiac

Chipiona stands out for its beaches and its gastronomy, but if it is well known for something, and even more so since last night, it is for the great Rocío Jurado. Sixteen years later... 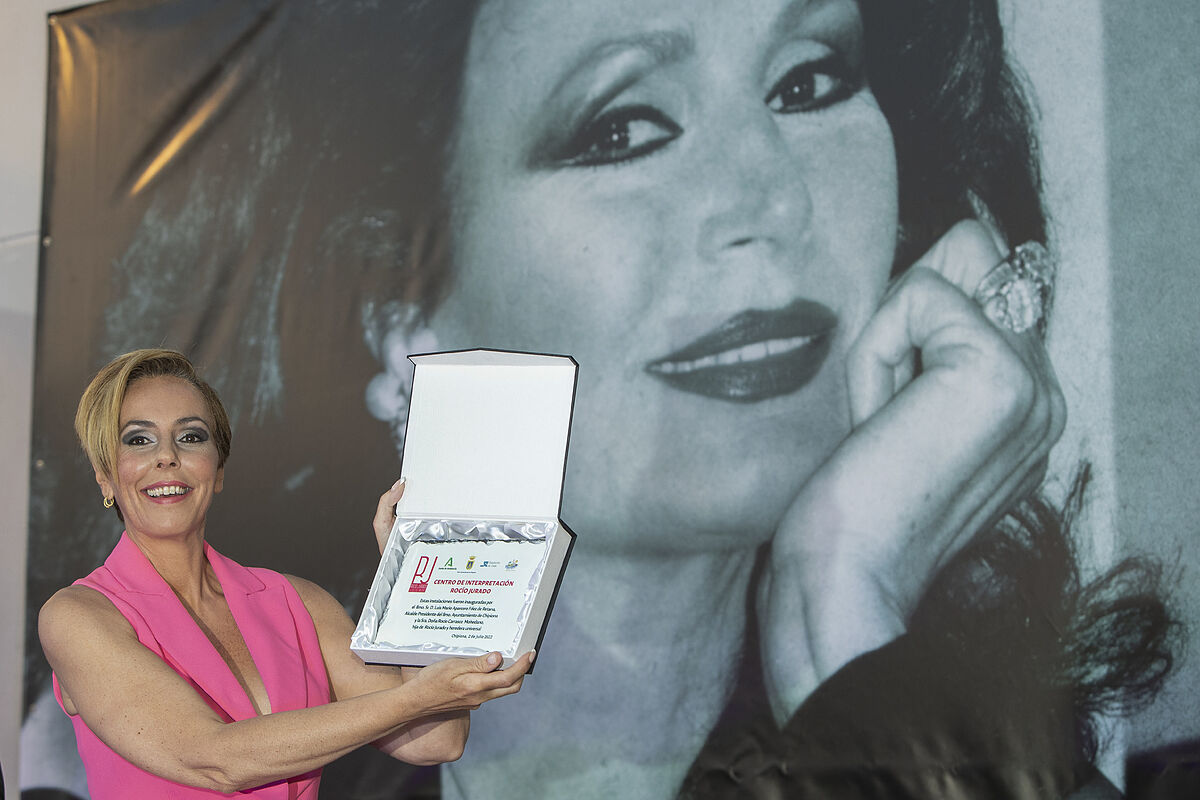 Chipiona stands out for its beaches and its gastronomy, but if it is well known for something, and even more so since last night, it is for the great

Sixteen years after his death, and a decade of family, media, political and administrative struggle, last night the museum that bears his name in his hometown opened its doors last night, although not as such, but with the name of

An inauguration with which one of the artist's dreams has been fulfilled: to have a museum in Chipiona.

His eldest daughter and universal heiress of his artistic rights,

who arrived in Chipiona in the morning already excited, is the one who has championed the project, together with the City Council of the Cadiz town, and it was she who attended the act on behalf of the family.

In fact, no other member of it made an appearance, due to the disagreements between them.

She was accompanied by her husband,

in addition to some five hundred guests.

Dressed in pink, Rocío Carrasco arrived at the doors of the museum and merged into a hug with the mayor of Chipiona,

who throughout the process has shown her his support to make this moment come.

He and three other mayors who have served as aldermen in the Cadiz town since the idea began to take shape until the numerous legal and other obstacles have finally been resolved.

After the cutting of the ribbon, by Rociíto herself, and the unveiling of a plaque, the guests were able to visit the facilities in groups, although, yes, they were unable to take photographs or record videos of the interior of the centre.

a great friend of Rocío Jurado, who was also in charge of putting the musical note in the act interpreting some of the most emblematic songs of the chipionera.

and the director of her docuseries,

During her speech, Rocío Carrasco said that "Andalusia and art always go hand in hand, and this museum is a tribute to music, power, cante, this land and its people, who are humble, hard-working and have a lot of art, like the one she had".

He continued his speech remembering his grandparents on his mother's side, "Fernando, who was a shoemaker. And Rosario, a beautiful woman as they were, and with a privileged throat. She had the most beautiful voice that has been heard in these streets. Thanks to them and to all her family my mother triumphed. But she never forgot a single day her place in the world and hers. Her roots are here and they will continue here forever. My mother loved to sing, and she was happy when they listened to her and she

dreamed of having a museum here in Chipiona

, but her true dream was to grow old here in her land".

The museum houses the musical and artistic legacy of La Más Grande, as well as pieces that recall outstanding moments in her life, such as

some of her dresses,

including those from the show 'Azabache';

the first car that she used to tour Spain in its beginnings, a vehicle of the Mercedes-Benz brand;

or different gold and platinum records that she obtained throughout her professional career.

The rooms will also smell like the Jury, because

the atmosphere will be impregnated with her favorite perfume,

in addition to including the grand piano that the artist had on her estate 'Yerbabuena' or a reproduction of the monument that was made to the artist in the town itself .

Added to this is the collaboration of the Andalusian regional network, Canal Sur, which has provided a video with images of the life of the singer from Chipiona from its documentary archive.

Next Wednesday the 6th, it will be the women's associations of Chipiona who will visit the space, while

the opening to the public of the museum will take place next Thursday the 7th,

and from then on, it will open its doors every day of the year, until eight in the afternoon, thanks to being cataloged as an interpretation center.

For its part, the El Museo bar-restaurant, which will remain open until later each day, has decorated its walls with photographs of chipioneros' souvenirs with Rocío Jurado that they themselves have contributed.

They say that for this museum, Rocío Carrasco will receive, according to an agreement signed in 2020,

although there are voices that finally the fee has been doubled.