Protesters are said to have forced the gate of the Libyan parliament in Tobruk with a bulldozer to show their dissatisfaction with the political stalemate, pictures from local media according to TT show. Despite negotiations with the rival government in the oil-rich North African country, parliamentary elections are delayed. 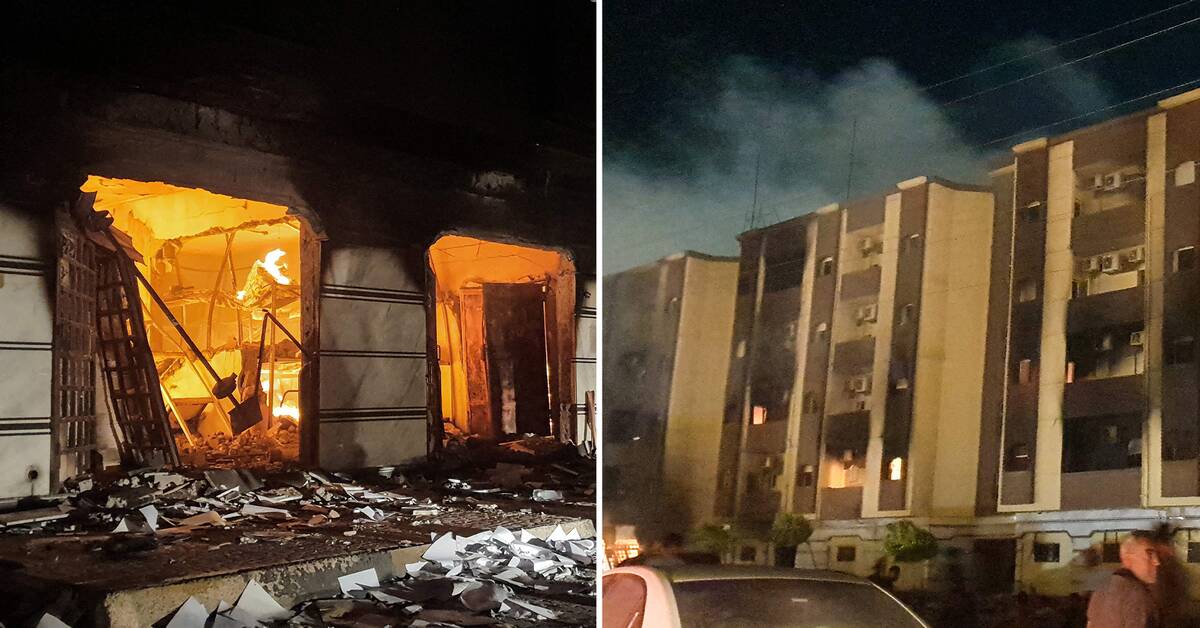 The building must have been vandalized and there is information about fires - no employees must have been on site because Friday is a public holiday.

The Tobruk House of Representatives writes in a statement that the citizens' right to protest is respected, but condemns the fact that the parliament "has been vandalized and burned".

Protests across the country

Protesters have expressed anger over the cost of living and also attention to power outages that have been exacerbated by a blockade of several oil plants.

Protests against the political leadership have also taken place in other parts of the country.

- We want working lights, chanted the protesters in Tripoli where a rival government has its seat.

During the parliamentary storm on Friday, protesters with the flags of the previous Gaddafi government took part, writes TT, which refers to Libyan media.

Parliament was moved from Tripoli to Tobruk after the UN operation in 2011, in which the Swedish Air Force participated, to oust dictator Muammar Gaddafi.

Last week, the UN tried unsuccessfully to mediate between the parties to find a new date for presidential and parliamentary elections that would have been held six months ago.

Several MEPs are urging both members of the House of Representatives and the rival body in Tripoli to resign collectively.

"We must acknowledge that we have failed and immediately withdraw from the political scene," wrote a Member of Parliament according to local media.