Here the Vikings fight in Stallarholmen: "Live in a place where they were active"

Ax throwing, fighting and real roaring. If you have not had enough of all the Viking series, the festival in Stallarholmen is a place for you. There, a large number of Vikings took the place that made a comeback after the pandemic. - We live in a place where Vikings were active, says Tina Wallin, chairman of the association Stallarholmen's Vikings. 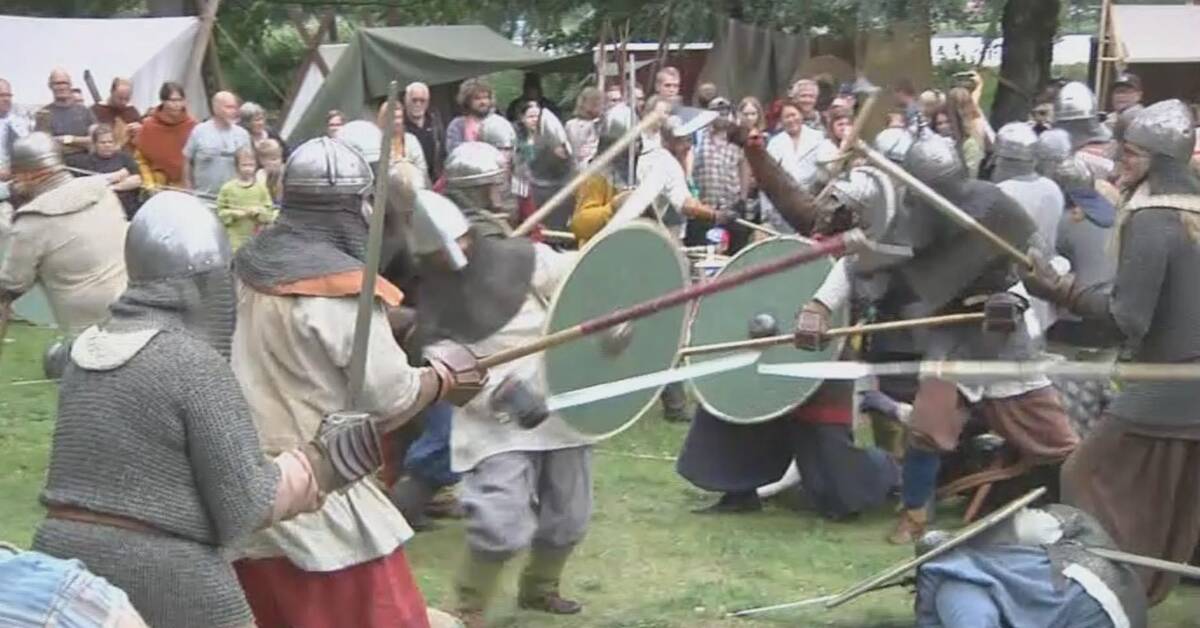 Between 4,000 and 5,000 visitors is something that the association is expected to have attracted when the festival ends on Sunday.

The association, which was founded 20 years ago, organizes the festival to draw attention to Stallarholmen's history.

- We have so many finds out here.

We have burial grounds and rune stones, says Tina Wallin.

She says that interest in Vikings has increased.

- There are some series that go on TV about Vikings and their stories.

Then the historical museum has a new fine exhibition about Vikings, she says.

See more in the video.