Here, the classic On the Track compartment is transported away from the TV house

Who has not dreamed of having their own quiz corner with the real "On the Track cage" at work? Yes, at least that's what the Gothenburg company that bid home the coupe during Musikhjälpen's fundraiser thought. 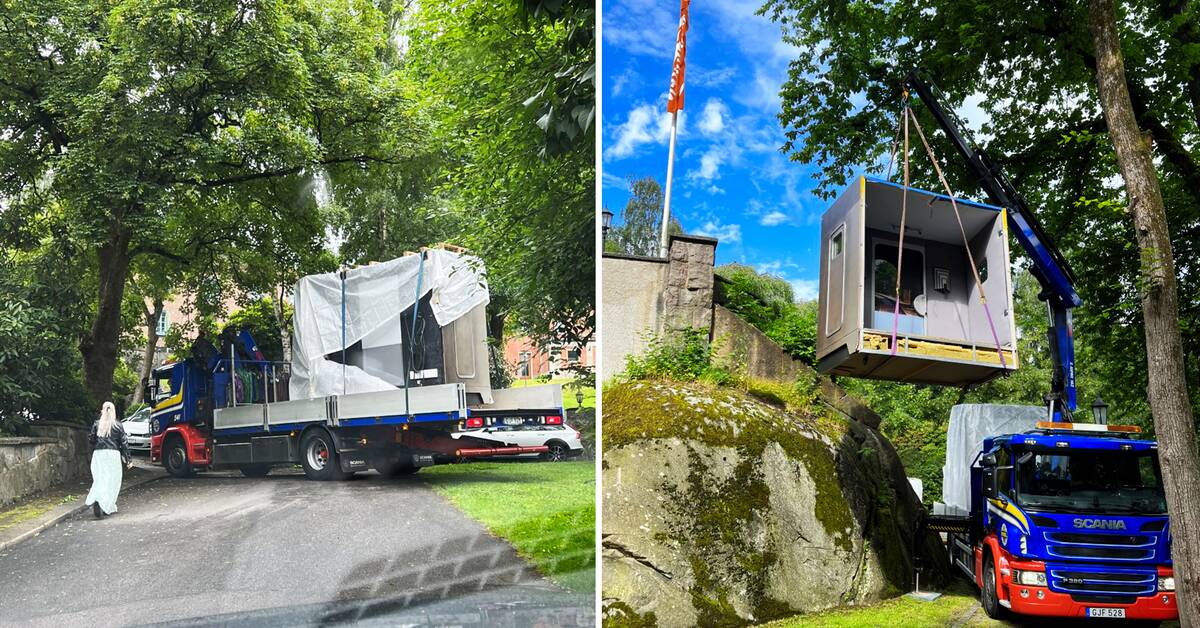 See when the cage leaves the SVT house for the first time ever in the clip above.

The well-known first-class coupe from SVT's long-distance rider "På Spåret" was transported during the week seven kilometers by truck through central Gothenburg to get to his new home at an office in Lorensberg.

Had to break up the facade

The trip was far from comfortable.

Those who bought the 250-kilo cage were forced to divide it and also prune a large part of the facade of the office to roll the cage into its new location.

Why did you decide to make this purchase?

- We had followed the music help and then I saw the article that GP had posted that the cage was for sale.

From there, I created an SMS loop with the family that owns our company.

It felt like everyone took advantage of this and my sister participated in the bidding which she later won.

The company that bought the cage is an investment company that is primarily aimed at young entrepreneurs and startup companies.

According to them, the idea is for the cage to function as a meeting place and encourage creativity.