Guillermo de Württemberg: the pasture of the very rich heir of the friend of Juan Carlos

Numerous representatives of Götha will meet this Saturday at the formidable castle of Altshausen (in German Upper Swabia, about 40 kilometers from Lake Constance) to... 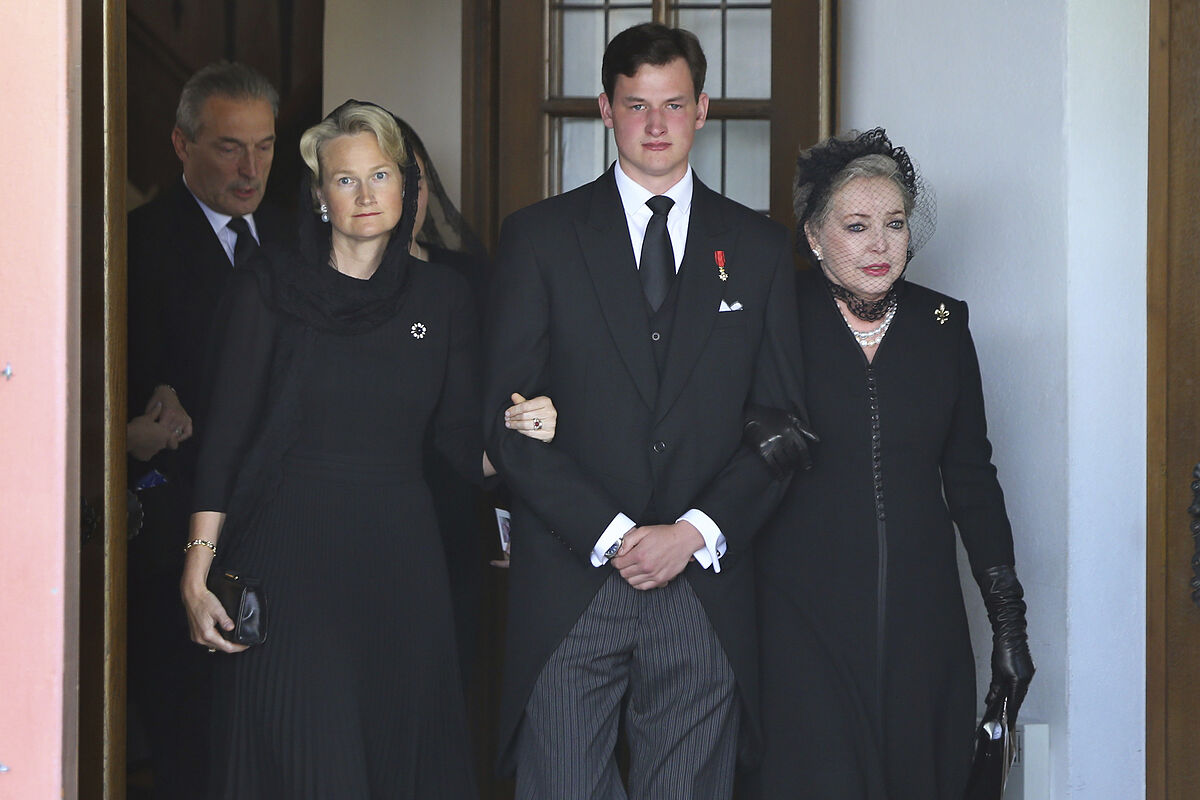 Numerous representatives of Götha will meet this Saturday at the formidable Altshausen castle (in German Upper Swabia, about 40 kilometers from Lake Constance) to

attend the funeral for Duke Charles of Württemberg,

At the close of this edition, the local press confirmed the presence, among others, of the

, as well as the sovereign prince

and his son, the crown prince Alois.

It is not for less because we are talking about the

king without a throne of Württemberg

one of the richest aristocrats in Europe

, with great influence in the business and political sector of today's Germany and

very well related to many monarchs of the continent,

including King Juan Carlos, with whom he maintained a

Our Emeritus is not expected at the funeral.

And yet, there is no doubt that the death of Duke Charles, with whom

he shared so many moments of intimacy

, must have been greatly felt .

refuges for his revelry.

Today all eyes will be on one of the grandchildren of the deceased,

-this is the endless string of their names-, who at 26 has become the new head of the Württemberg dynasty and with the heavy responsibility of taking over the

reins of a vast historical and cultural legacy

, as well as priceless properties that make this royal family

one of the richest in all of Europe

Prince William is almost unknown to the general public

Of an extraordinarily reserved character, he has never liked attending the great parties of the German nobility.

It is known that he studied at the prestigious Royal Agricultural College (Gloucestershire, United Kingdom), preparing for the moment when he would have to take charge of the

tens of thousands of hectares of forest, agricultural and vineyard lands

of the dynasty spread over half Europe.

William's life took a dramatic turn in May 2018 when

, lost his life in a car accident.

This made the very young prince the

successor of his grandfather

, forced to assume responsibilities in the management of the family estate much sooner than expected.

The funeral for Frederick was attended by many members of the European royal families, such as Philip and Matilda of Belgium.

The absence of the Spanish Bourbons did not go unnoticed.

And it is that they are

Charles of Württemberg became heir by his older brother's renunciation of his dynastic rights to morganatic marriage.

It was not his case.

The Princess of Orleans, one of the daughters of the Counts of Paris, had been part of the close circle of Juanito, then Prince Juan Carlos, during his exile in Estoril.

intimates of the very wealthy Counts of Paris

godfather at the baptism of the youngest daughter

of the six children of Charles of Württemberg and Diana of France, the

Neither would her today Emeritus miss her wedding, in 2003, with

Württembergs have spent time in their mansion in Mallorca

, often the departure point for Mediterranean cruises that they made on their formidable yacht.

And there was a time when the family coincided a lot with the Bourbons, despite the widespread legend of the lack of harmony between Queen Sofía and the fun and unique Diana of France.

In the summer of 1984, during the stay of our royal family in Marivent, Don Juan Carlos himself had to deny an insistent rumor that

with one of the children of the Württemberg couple,

"They are only two good friends who have known each other since they were children," clarified a King fed up with what had become a summer snake for the journalists displaced to Mallorca.

The new Duke of Württemberg

such as those in Altshausen, Friedrichshafen and Monrepos, as well as shares in numerous multinationals and

He will not be short of suitors.