The federal coordinator of IU, Alberto Garzón, has shown his support for the new project promoted by the second vice president, Yolanda Díaz, highlighting that "it represents very... 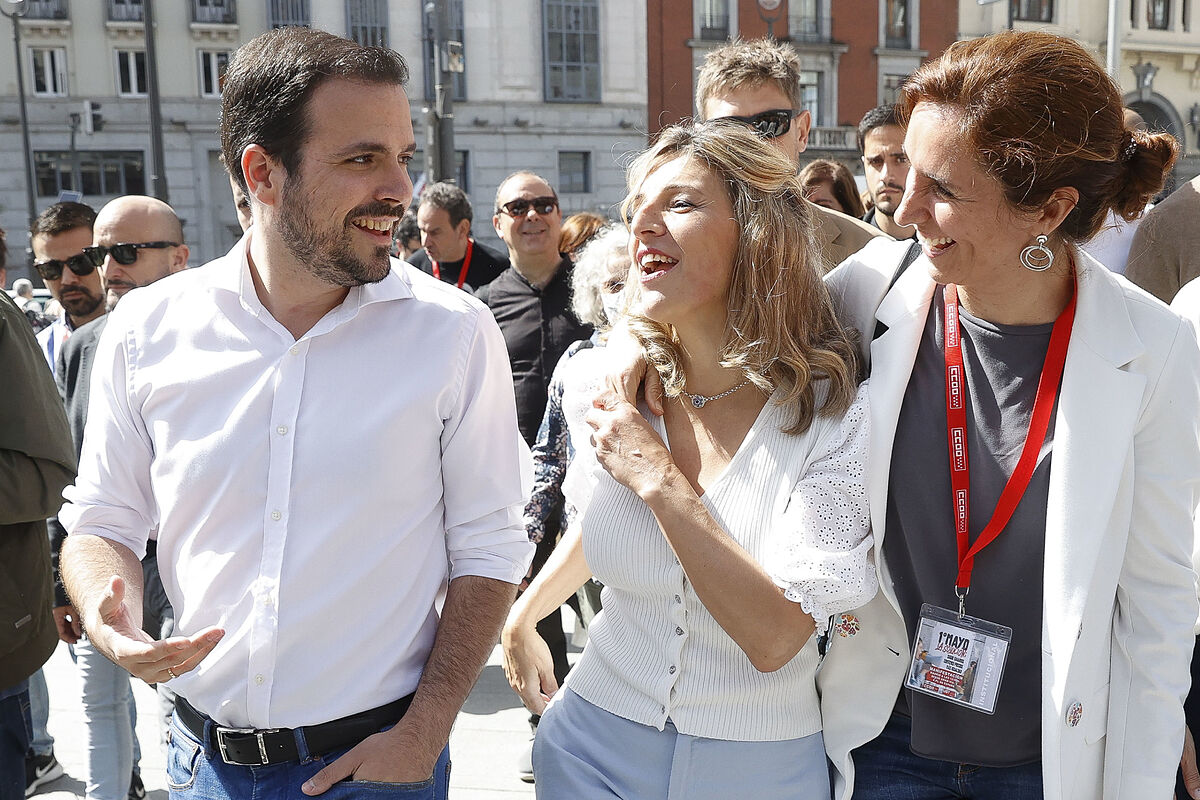 The IU federal coordinator, Alberto Garzón, has shown his support for the new project promoted by the second vice president, Yolanda Díaz, stressing that "it represents very well" the "desire" of the left to "converge" and "agree" , within the framework of a "popular process" that goes beyond the scope of the parties.

In this way, he has "welcomed" the launch of Sumar, the platform that Díaz will present next Friday in Madrid, and calls on his organization to think about the best ways to "sustain", "support" and "give support" to this initiative.

This has been transferred during his intervention in the Federal Coordinator of IU, the highest management body of the formation, to expose the situation report of the Executive of the formation, which addresses aspects such as the results of the Andalusian elections and the position regarding to the reconfiguration movement of the left promoted by the also Minister of Labor.

During his speech before his co-religionists, he stressed that this project has a notorious "transformation key" for the future of the country, "embodied" precisely in the person (Díaz) who "best represents the protection" of the working classes.

Above all, he stressed that the leading role in this project does not reside in the "pre-established political parties", but in the citizenry, in the "popular space of neighborhoods and workplaces" as a meeting point for "reflection and political activation.

The IU leader has celebrated that the fact that the second vice president pilots this consultation process with civil society implies the "wicks" necessary for it to be "well conducted", with a view to "resolving many of the debates" that the left has maintained in recent years to specify solutions for the future.

Finally, he has invited all the UI layers to participate in all Sumar processes and wishes a "good job" to all the organizers of this platform, which is "much needed".

Díaz will present to add on July 8 at the Matadero cultural center in Madrid and will thus start a tour with which he intends to cover "all of Spain" with meetings with sectoral experts, groups and other sectors of the country, understanding that it is the best way to finish with the disaffection of the policy that it detects in the polls.

This phase of the consultation with civil society will last approximately six months and Díaz herself explained that, once it is over, she will make a decision on whether she will be a candidate for the next general elections, something that will be done collectively and in any case through a primary process.

As for the Andalusian elections, the Minister of Consumption has admitted that the results were "bad" for the whole of the left, with an absolute majority of the PP and only five deputies from the coalition Por Andalucía, a unit candidacy that made up IU, We can and More Country.

In his opinion, the result is also negative for society as a whole because it implies the continuity of the policies of "cutting and reducing" public services, the strategies of "privatization" of the public sphere and the protection of a "privileged" minority. against the interests of the social majority.

And it is that Garzón has proclaimed that this is the "always" ideology of the PP, with a "more or less harsh" tone.

Therefore, the challenge of his organization and of the whole of the left is to "understand" these results of 19J and be useful to change them, since he views with "concern" a "conservative shift" in the sentiment of the population.

The proposal for a political report that Garzón submits to the Federal Coordinator for debate, to which Europa Press has had access, underlines his support for Díaz and his willingness to participate at different levels of the process.

It is also committed to extending broad front candidacies in the local elections of 2023, for which it claims its role in forging these confluences, and advocates deploying a mechanism of joint primaries in the areas where it bears fruit, in order to resolve possible differences between different organizations, as happened in the Andalusian case and the initial clash between parties in the coalition.

In this sense, the leadership of IU reaffirms the need to link these elections with the next general elections, which are an "essential opportunity" to forge this broad confluence, given that "without municipalism" there is no "transforming project worth".

And in that objective, it claims that they have "a lot to contribute" as it is the organization to the left of the PSOE with "the greatest territorial implantation".

In turn, the document highlights that Díaz's project "intends to expand the current space" of United We Can, broadening its spectrum with "organizations, groups and people without affiliation", in addition to being an opportunity to mobilize the left-wing electorate.

He also points out that it is "necessary" for the parties to "participate" in the process with their "political capital", their militancy and "their experience", encouraging the dynamization of meetings in order to propose programmatic proposals.