The president of the Popular Party, Alberto Núñez Feijóo, has offered the Government the votes of the PP to control "seriously" the government. inflation to low incomes and has... 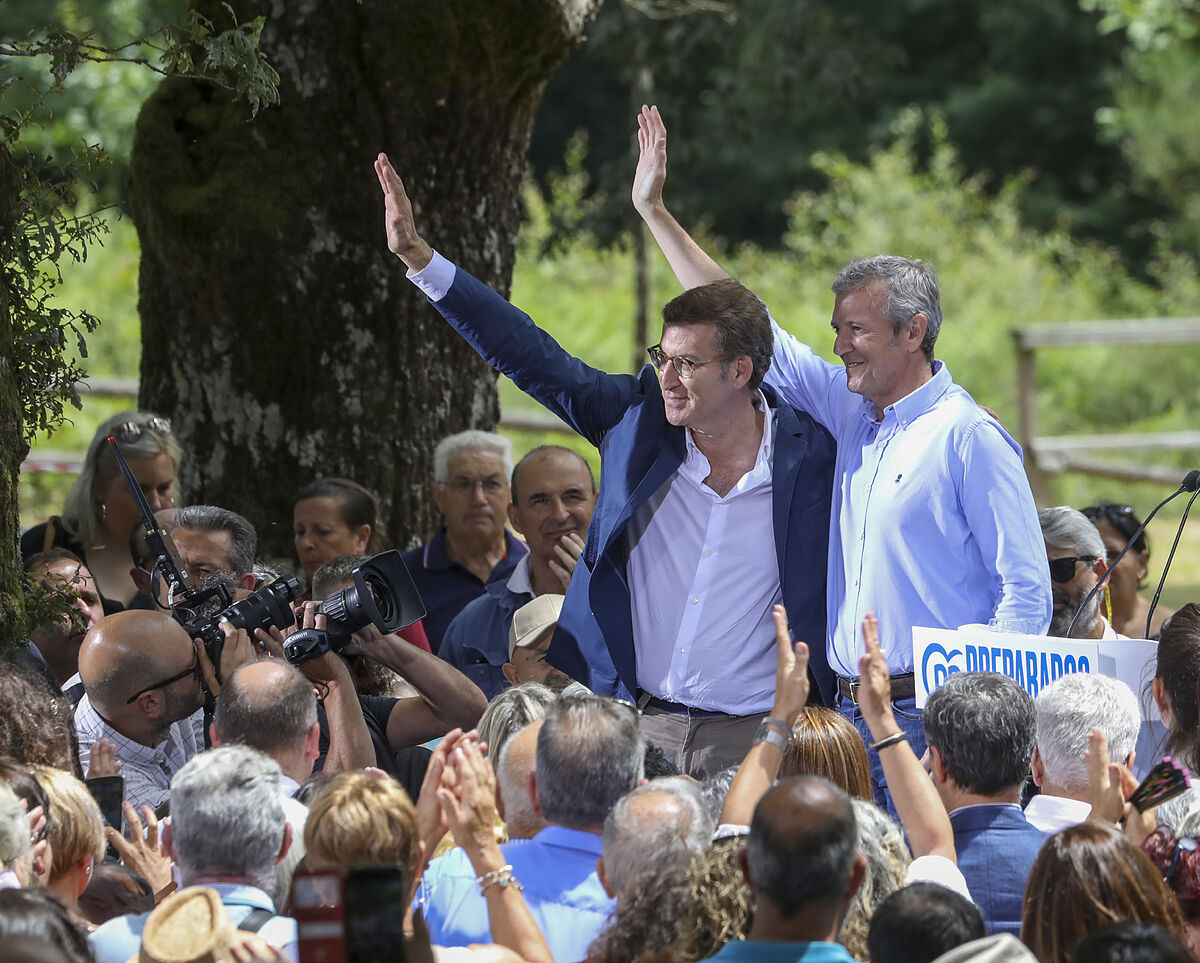 The president of the Popular Party, Alberto Núñez Feijóo, has offered the Government the votes of the

to "seriously" control inflation for low incomes and has demanded that "superfluous" public spending be reduced for being a lack of respect towards the families that cannot make ends meet have the "Most Expensive Executive in Spanish Democracy".

"We presented you with an economic plan in April, it is still at your disposal and we tell you that, if you want to be serious about controlling low-income inflation, we are at the Government's disposal, you can count on our votes and solidarity, but if you do not want is your responsibility and failure, not the failure of

during his speech at the

Thus, he has emphasized that the best sign that the measures of the anti-crisis decree have not controlled inflation is that three months later the Executive has had to approve an extension "because the previous one did not work for them."

For this reason, he has asked the

In this sense, the leader of the opposition has demanded that he return to the families the money they are paying "more" for the "massive" increase in hydrocarbons, food or electricity.

"It's reasonable, we're not asking for weird things," he said, while he stressed that the

has collected 15.5 billion more than in the first months of last year.

In addition, he has questioned the lack of criticism from the Prime Minister, Pedro Sánchez, because when everything is worth 10 percent more "it is not acceptable" to say that

"has taken great measures" so that everything is worth a little less.

"I ask you to stop inventing conspiracies and return to the reality of Spain," he claimed.

In the next line, the Galician leader has stated referring to

that "when a student is systematically the worst student in the class, he cannot say that he is the only one who does the exams well" and, in his opinion, "this is the problem" .

or to withdraw the insults and contempt for their formation, but rather that they "get it right".

DIVISION IN THE COALITION

In another key, the 'popular' leader has assured that the Government is divided and that "they say so" because, in his opinion, the Government "likes to be noticed."

and joked: "The government that organizes NATO organizes a demonstration against NATO, we must recognize that they do not leave room for the opposition".

Thus, he has criticized the fact that once

has ended, a part of the

"The Government itself trusts more in the sense of State of the PP itself than in its Government and that is something that will go down in the history of the record of nonsense of the current Government of Spain," he concluded.