Explosions rocked the southern Ukrainian city of Mykolaiv on Saturday, as artillery helped Russia make gains in the east, a week after Russian missile strikes in urban centers behind the frontline killed more civilians. It was not immediately clear what caused the blasts, though Russia said 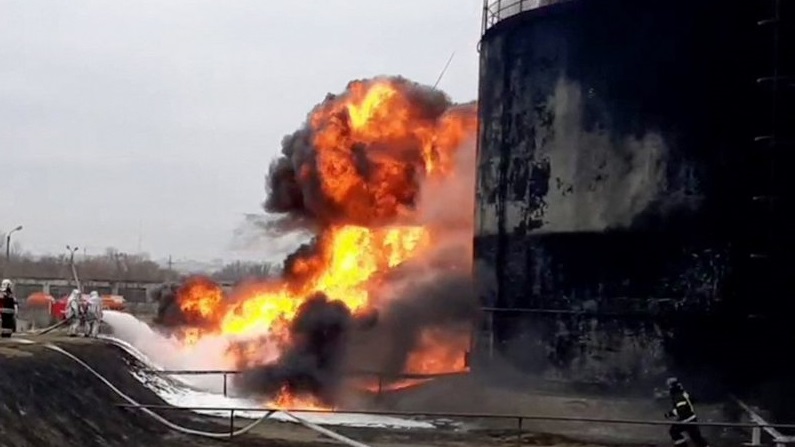 Explosions rocked the southern city of Mykolaiv on Saturday, as artillery helped Russia make gains in the east after a week of Russian missile strikes on urban centers behind the frontline that left more civilians dead.

It was not immediately clear what caused the blasts, although Russia said on Saturday it had targeted army command posts in the area.

Reuters could not independently verify the reports.

Kyiv says Moscow has intensified its missile attacks on targets far from the fighting fronts in the east of the country and that it has deliberately bombed civilian sites.

The Russian Defense Ministry said Valery Gerasimov, chief of the general staff of the Russian armed forces, was inspecting Russian forces participating in what Moscow calls its "special military operation", although it was not clear if he was in Ukraine.

The troop check follows slow but steady gains by Russian forces backed by relentless artillery bombardment in eastern Ukraine, where Russian forces focus their operations after limiting their broader war aims to topple the government in the wake of fierce Ukrainian resistance.

"Surely they are trying to demoralize us. Some people may be affected by this, but for us it only brings more hatred and determination," said a Ukrainian soldier returning from Lyschansk, Ukraine's last stronghold in Luhansk province.

Moscow is seeking to drive Ukraine out of Luhansk and Donetsk provinces that make up the Donbass industrial zone, where Moscow-backed separatists have been battling Ukrainian government forces since Russia's first military intervention in Ukraine in 2014.

The Russian TASS news agency quoted a source close to the Russian-backed forces in Luhansk as saying that the last remaining Ukrainian forces in Lysechansk came under intense attack.

"They will soon be defeated if they do not surrender," the source said.