Tension is rising between the Democratic Republic of Congo and Rwanda, accused of supporting the rebel armed group M23 in North Kivu, despite denials from Kigali. But without independent information,… 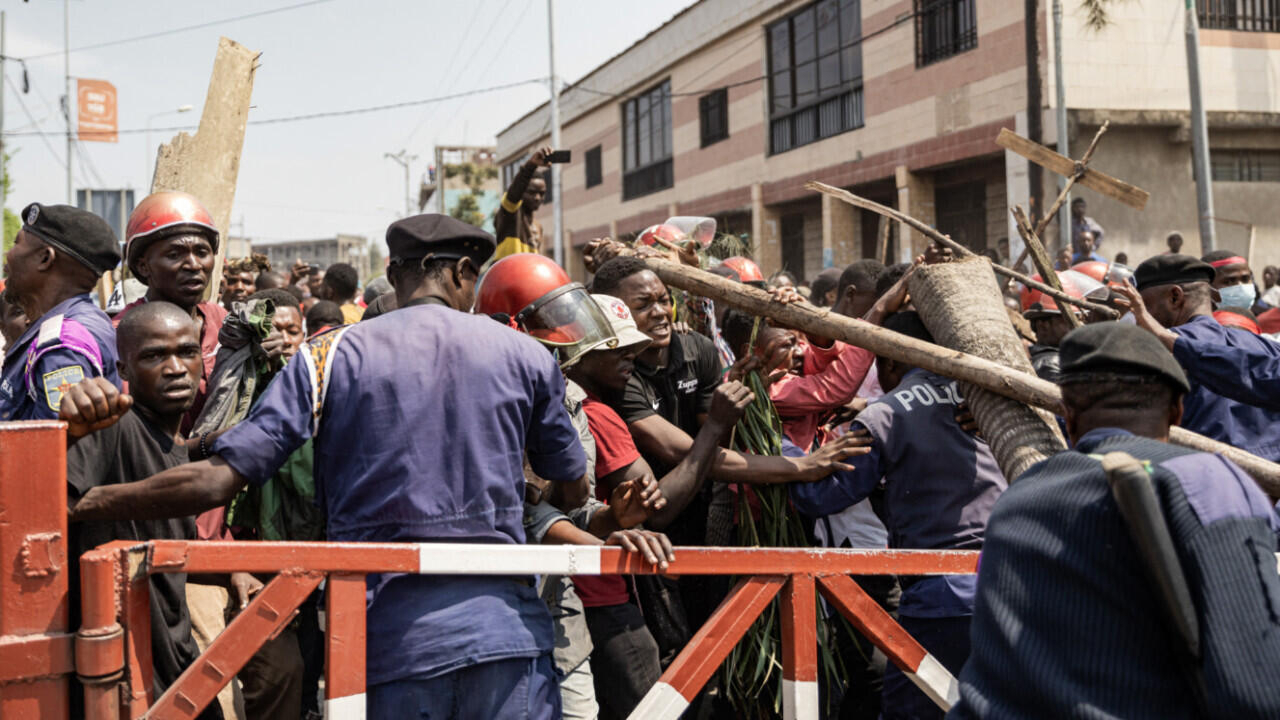 Between the Democratic Republic of Congo and Rwanda, attempts at dialogue have remained in vain since the M23, an armed group from a former Congolese Tutsi rebellion and accusing the government of marginalizing their ethnic minority, took up arms again at the end of 2021, making Fidelity to the peace agreements signed in 2013. In mid-June, the M23 rebels seized the town of Bunagana, in North Kivu, an important commercial crossroads between the Democratic Republic of Congo and Uganda.

Rwanda was instantly singled out, accused by Kinshasa of supporting the M23 and "invading" its territory.

Thursday, June 30, the day of the 62nd anniversary of the independence of his country, Congolese President Félix Tshisekedi deplored "the umpteenth aggression on the part of Rwanda" and affirmed his determination to oppose a "double diplomatic and military front" to the violence. in the East.

However, relations between Rwanda and the Democratic Republic of the Congo (formerly Zaire) have been conflictual since the post-genocide period of 1994 and, despite periods of calm, the destabilization of the Great Lakes region has remained total for almost thirty years.

After the end of the second Congo war in 2003, despite the withdrawal of its troops, Rwanda continued its presence in a clandestine manner by supporting armed groups (including the M23) in the east of the Democratic Republic of Congo.

And this until the defeat of the M23 in 2013 against Monusco, the UN peacekeeping mission – also yielding to strong international pressure.

A presence that has always been accompanied, in particular, by the illegal exploitation of Congolese natural resources.

Since Congolese President Felix Tshisekedi came to power in 2019, relations with Rwanda seemed to be improving.

This is evidenced by the signing, in 2021, of bilateral agreements on investments, taxation and even the exploitation of gold.

The return to combat of the M23 therefore falls at "a moment which could not be worse than this", estimates Filip Reyntjens, professor of law and politics at the University of Antwerp, specialist in the Great Lakes region. , who returns for France 24 to the reasons for the renewed tension between Kinshasa and Kigali.

France 24: Why this renewed tension between the Democratic Republic of Congo and Rwanda

Post-genocide Rwanda invaded Zaire (now Democratic Republic of Congo) and Congo (Brazzaville) twice, in 1996 and 1998. This second war officially ended in 2003 but since then the Rwandan army was present on Congolese territory through interposed rebel movements (the CNDP, then the M23 since 2012).

The distrust on the part of the Congolese in the east is therefore understandable, knowing that it is not only about military operations, but also about economic exploitation and political influence.

The return of the M23 dates from the end of November 2021, and takes place in a complex context, in particular the involvement - with the authorization of the Kinshasa government (or even at its request) - of the Ugandan army in Ituri and in the North- Kivu.

The deployment of the Uganda People's Defense Forces (UPDF) has angered Rwanda, which considers North Kivu to be part of its natural zone of influence.

Today, the political and diplomatic support of the Rwandan regime to the M23 is beyond doubt, but does it also support it militarily?

This is not established, there is no evidence confirmed by independent sources yet.

It would also be surprising, at a time when relations between the two countries were beginning to improve: the Democratic Republic of Congo has just joined the East African Community, just before the organization of the Commonwealth summit in Kigali.

For its part, Uganda, where some leaders of the M23 took refuge after their defeat in 2013 [against Monusco, NDLR], has not been singled out because the Democratic Republic of Congo is also carrying out operations joint forces with the Ugandan army.

Is the M23 really the cornerstone of this conflict

This is even the main issue for Rwanda.

Moreover, the report of the group of UN experts mentions the involvement of Rwanda (but also of Uganda) in the exploitation of Congolese resources.

Over the past three years, numerous reports have shown the constant and considerable flight of Congolese resources [mainly gold, coltan, but also diamonds from Kasai, editor's note] to Rwanda, then from Rwanda to international markets, in especially Dubai.

Be that as it may, the situation is in a constant blur in the Democratic Republic of Congo-Uganda-Rwanda triangle, which will only be lifted when we have verified, independent and external information.

The UN group of experts, first.

Furthermore, within the International Conference on the Great Lakes Region (ICGLR), the Expanded Joint Verification Mechanism is responsible for monitoring the security and humanitarian situation in the 12 countries of the region.

However, I have not seen, since November 2021, a position or report emanating from this body of the ICGLR.

All that remains is the group of UN experts and the NGOs, particularly with regard to the exploitation of Congolese natural resources by Rwanda, a subject that is regularly the subject of reports.

The East African Community, on the other hand, cannot do much.

Of the seven states that make it up (Burundi, Kenya, Uganda, Rwanda, South Sudan, Tanzania and the Democratic Republic of the Congo), three are involved in this conflict, Burundi is involved in South Kivu, where rebels are also evolving Burundians, and South Sudan already has a lot to do on its soil.

The only thing the East African Community can do is therefore deploy a Kenyan-Tanzanian force, the only two states having the advantage of being independent and having the military capacity to intervene.

Tanzania has also done so within the UN Intervention Brigade, in support of Monusco in 2013 to fight the M23, alongside South Africa and Malawi.

Is an armed conflict possible

I don't think so, because the Democratic Republic of the Congo has no [operational, editor's note] army and is already unable to control its own territory.

It cannot wage an offensive war against Rwanda, which has a good army, a real army like the Rwandan state is a real state.

The Congolese army, on the other hand, is the mirror of the Congolese state – a failing state that empirically does not fulfill most of the functions that a state should fulfill, such as territorial control.

Of course, there is a desire on the part of certain politicians (like Martin Fayulu) and civil society in the eastern Democratic Republic of the Congo to attack Rwanda, but they will not do it because they are unable to do so.

Whereas Rwanda can and has already done so in the past by invading the Congo and occupying half of its territory.

However, the destabilization of the entire region remains total, as has been the case since the genocide in Rwanda in 1994. Before, Rwanda was not a factor of instability in the region, it had never attacked or destabilized a neighboring country, had never been engaged in the illegal exploitation of resources... It is only since the Rwandan Patriotic Front (RPF) has been there that it has become a practice, the RPF having returned to an ancient pre-colonial Rwandan tradition of territorial expansion and military strength.