Deng Jianhua, a peer of Hong Kong's return: the motherland is strong and Hong Kong's prosperity is my greatest happiness

China News Service, Tianjin, July 2, title: Deng Jianhua, a peer of Hong Kong's return: the motherland is strong and Hong Kong's prosperity is my greatest happiness   Author: Zhang Shaoxuan   "I was born in a fenced village in Yuen Long District. According to the genealogy, I am the generation of 'Jian'. The name 'Jianhua' was when Hong Kong returned to the motherland. Hong Kong will be better 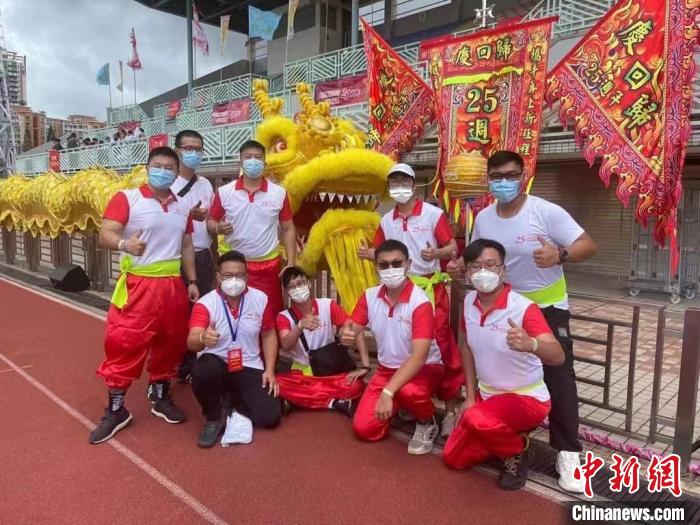 "I was born in a fenced village in Yuen Long District. According to the genealogy, I am the generation of 'Jian'. The name 'Jianhua' was when Hong Kong returned to the motherland. Hong Kong will be better." Deng Jianhua, born in July 1997, is a veritable peer of Hong Kong's return.

This Hong Kong youth, who is enthusiastic about public welfare and loves life, said in an interview in Tianjin a few days ago that he has witnessed the development of Hong Kong over the past 25 years, and his confidence in the future is just like the slogan that can be seen everywhere in Hong Kong's streets and alleys. Returning to peers to create the future".

The blood of the same clan, the mainland and Hong Kong are zero distance

In Deng Jianhua's view, Hong Kong after the return has given young people more opportunities to get in touch with Chinese culture and understand the motherland.

Being proficient in Mandarin and Cantonese, he still clearly remembers the learning scene in middle school.

In the classroom, the Mandarin teacher will start from four tones to lay a solid foundation for the students.

"We all love to learn Mandarin, because it will be more convenient to travel to and from the mainland. After the handover, the connection between Hong Kong and the mainland has been deepening, and I have basically no problem in communication every time I go to the mainland."

Because it is adjacent to Shenzhen, Deng Jianhua will meet friends in Shenzhen to play football.

After meeting friends with the ball, they will go to the East Gate to eat a wooden hut barbecue, chat about their favorite teams, and talk about the rapid development of the motherland.

Sometimes, friends will wait for Deng Jianhua at the gate and take him to his home on Caitian South Road as a guest.

"In 2003, the free travel of mainland tourists to Hong Kong was opened, and it is more convenient to travel. They are all friends I knew when I came to Hong Kong to play football."

The convenience of communication also made Deng Jianhua have a strong interest in the mainland since he was a child.

He said that he knew that because of the exact time of establishment, Tianjin is the only city in China with a birthday, and said he liked its foreign and down-to-earth urban temperament and the hospitality of Tianjin people.

Nowadays, the communication between the mainland and Hong Kong is more convenient, and Deng Jianhua, who is engaged in the real estate industry, feels this deeply.

In his view, taking the payment industry as an example, there are many cross-border universal payment products that facilitate the payment of personnel in the Greater Bay Area.

Deng Jianhua participated in the celebration of the 25th anniversary of Hong Kong's return to the village.

2008 is the year mentioned by Deng Jianhua Association.

When he was in the sixth grade of primary school, he saw the scene of the Wenchuan earthquake in the news.

In the face of a large number of casualties of mainland compatriots, the Hong Kong SAR government responded quickly and allocated funds for disaster relief. Hong Kong people like him were also making donations and paying attention to the progress of the disaster.

It was also from that time that Deng Jianhua had a specific feeling for the word "watching and helping each other". In the days to come, actively participating in volunteer activities also became a part of his life.

"I also watched the 2008 Beijing Olympic Games. I still remember my father's statement that the 2001 Olympic bid was successful, the surrounding villages were decorated with lanterns, and the uncles and brothers ate Poon Choi to celebrate. Although I didn't remember it at that time, I still remember the opening ceremony of the Olympic Games. Every frame of the picture is shocking, and I am proud of being a Chinese. We ranked first in the gold medal list that session, showing the world the strength of China.”

Deng Jianhua likes the word "home" very much. In his opinion, much of the support from the mainland to Hong Kong is family-like warmth and disregard for gains and losses.

During the epidemic, a large number of mainland medical teams rushed to Hong Kong, sending hope and care to the helpless people.

To this end, Deng Jianhua is helping the community to actively promote vaccination during his breaks.

Celebrate the return, shoulder the mission and create the future

Deng Jianhua clearly remembers that there will be many celebrations in Hong Kong around the Handover Day, which last for a long time. Throughout July, the streets and alleys will be filled with a festive atmosphere.

This year, not only national flags and regional flags can be seen everywhere in Hong Kong, but high-rise buildings and buildings are also covered with colorful neon lights, lighting up eye-catching electronic screens.

There is also a unique taxi parade. 250 taxis hang the national flag and put up posters to celebrate the return with all walks of life and share the joy.

Deng Jianhua, who has been infected by this atmosphere since childhood, has grown from a former participant to an event planner.

In 2021, he participated in the planning and holding of the National Day of Football, which enhanced the cultural exchange between Hong Kong people and the Mainland through football matches between the surrounding villages.

Talking about his 25-year experience of growing together with the city of Hong Kong, Deng Jianhua said that everything is developing for the better.

What he hopes is also that the motherland will prosper, become stronger, and continue to lead Hong Kong forward.

"I like the name 'flower gardener' very much. It is a homonym, and it is also the seed of hope that the motherland has planted in various places, looking forward to the beautiful meaning of flowers blooming. Therefore, I will also work hard in my own post. I have no regrets in my life to enter China. In the next life, I am still planting flowers, this is my pursuit and expectation.” (End)