There is panic around Roissy-Charles-de-Gaulle airport as well as inside. This weekend of July 2 and 3, more than 17% of flights are canceled, as in other airports in France,… 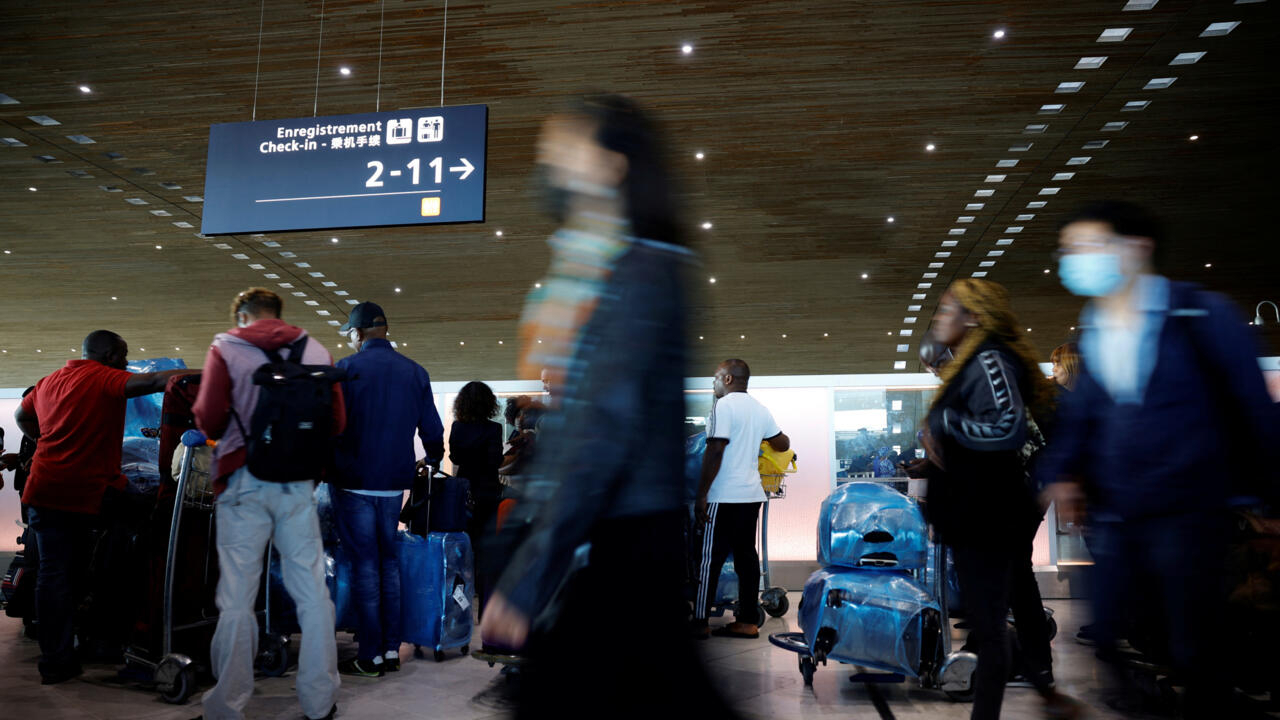 In Ile-de-France airports, and because of social conflicts, Aéroport de Paris (ADP) invites passengers to arrive “three hours (before the flight) for an international flight” and “two hours for a domestic or European flight”.

There is panic around Roissy-Charles-de-Gaulle airport as well as inside.

This weekend of July 2 and 3, more than 17% of flights are canceled, as in other airports in France, by employees of airport platforms on strike at the call of the inter-union.

With inflation steadily rising, they are asking for a pay rise and more staff.

The holidays start badly for many travelers.

With our special correspondent at Roissy-Charles-de-Gaulle (CDG),

It was first the firefighters of Roissy-Charles-de-Gaulle (CDG), the largest French airport, who went on strike on Thursday June 30, forcing the General Directorate of Civil Aviation (DGAC) to request preventive cancellations of flights: part of the runways must indeed be closed for safety reasons.

The firefighters were joined by other employees of Aéroport de Paris (ADP) and subcontractors as part of an inter-union and inter-professional movement for wages and working conditions, the notice of which runs weekend.

On the road, approaching the Paris airport, monster traffic jams have been created due to the closure of access to several terminals.

So as not to miss the plane, travelers in taxis, exhausted, finish the road on foot, suitcase in hand and children under their arms: “

We got out of the taxi.

There, I'm going to miss my plane, with my three children and it's going to kill my vacation.

I'm in deep shit, I missed my plane, unfortunately

The annoyance of motorists is palpable.

Those who came by car are stuck for good.

This elderly man will no longer go to Iran: “

The road is blocked a little further.

So we can't get there.

No holidays for everyone.

Arrived at the airport, this mother can finally breathe: “

We returned to Roissy by car.

Two hours to get to the terminal is huge.

I don't know why there is a strike and I didn't know about it.

This is good news: my children and my mother will not miss the plane

One in five flights is canceled this Saturday and Sunday.

According to Daniel Bertone, secretary general of the CGT of Groupe ADP, new notices have also been submitted for next weekend, which will mark the start of the summer school holidays and traditionally sees a peak in attendance.

Negotiations therefore relate to salaries within Groupe ADP, which is majority-controlled by the State.

According to the CGT trade unionist, employees are demanding a 6% revaluation with retroactive effect from January 1, to compensate for inflation;

management proposed 4% by July 1, he said.

Finding a way out of the crisis

three hours (before the flight) for an international flight

two hours for a domestic or European flight

: Canada: turbulence in the aviation sector due to a lack of personnel