The leadership of the Ministry of Internal Affairs decided to refuse the use of mobile photo and video recording systems by traffic police officers operating in manual mode. As noted in the department, the functionality of stationary and mobile complexes allows you to fix various types of traffic violations in automatic mode. 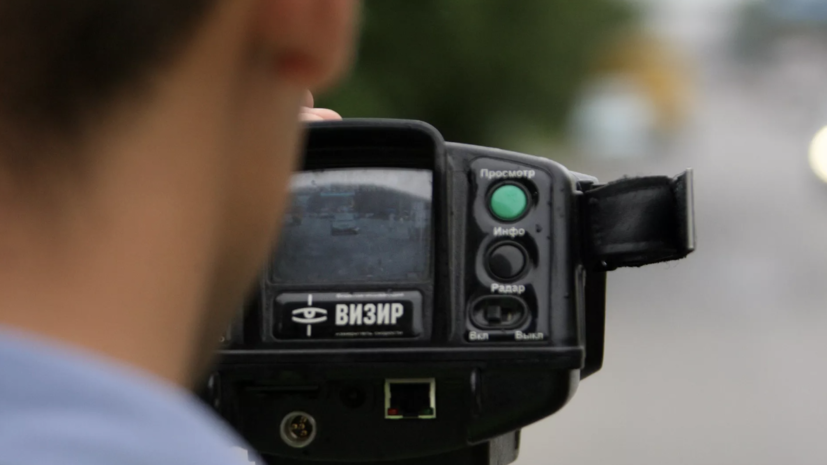 “Vladimir Kolokoltsev has decided to stop the use of mobile photo and video recording systems operating in manual mode in the daily activities of the State Traffic Inspectorate units,” said Interior Ministry spokeswoman Irina Volk.

As stated in the message of the Ministry of Internal Affairs, the minister congratulated the employees and veterans of the State traffic inspectorate on the day of the formation of the service, which is celebrated on July 3.

He stated that the issues of ensuring law and order on the roads remain in the center of attention of the state and society.

According to Kolokoltsev, the accident rate due to exceeding the established speed on the roads has decreased by a third.

It is noted that this became possible, among other things, due to the development of a system for photo-video recording of traffic violations.

“Its functioning is organized throughout the country.

To date, 23.4 thousand photo and video recording complexes are operating on Russian roads.

The functionality of stationary and mobile complexes allows you to fix various types of traffic violations in automatic mode," the Ministry of Internal Affairs said.

It should be noted that in August 2016, information appeared in the media about the ban on the use of hand-held radars by traffic police officers in a number of regions in accordance with the order of Vladimir Kolokoltsev.

However, later the Ministry of Internal Affairs clarified that a complete ban on such devices was not introduced, but their use was limited.

As the official representative of the department, Irina Volk, noted, mobile means of photo and video recording can be used after determining the procedure for their use by the head of the territorial body of the Ministry of Internal Affairs of Russia at the regional level.

“Improving the software of such devices will simplify the procedure for monitoring their use and compliance with the law in the implementation of law enforcement practice by the employees of the State traffic inspectorate,” Volk explained at the time.

According to her, the issue of using hand-held radars will be resolved in exceptional cases, when the leadership of the territorial traffic police agency, under personal responsibility, will fix the procedure for their use.

It is emphasized that in this case, measures should also be taken to exclude the possibility of deleting records of offenses by the employees of the State traffic inspectorate without the permission of the head of the unit.

The department concluded that from July 10, 2016 and until a special order in the Russian Federation at the regional level, the use of mobile photo and video recording of traffic violations in everyday work is stopped.

In the spring of 2017, the media reported that inspectors were given back the opportunity to use hand-held radars that had been upgraded.

As part of the update, the possibility of the inspector making any changes to the data recorded by the device was excluded.

As Maxim Kadakov, editor-in-chief of Za Rulem magazine, said in an interview with RT, at the end of 2021, only about 12% of fines were issued by inspectors.

“The rest 88% were discharged with the help of automatic cameras.

And since there are not enough employees, it is quite logical that they can do more important things,” Kadakov said.

He recalled that in the future more advanced systems will appear, which, in particular, will be built into a ceiling lamp located on the roof of a police car.

“And this system is much more advanced.

She will be able to measure everything automatically and identify cars.

Such complexes will facilitate the work of employees,” the expert believes.

Electronic rights and other innovations from the traffic police

Earlier, the head of the traffic police, Mikhail Chernikov, made a number of statements about upcoming innovations in the work of the department.

In particular, he expressed hope that by the end of 2022, together with the Ministry of Digital Development, an electronic driver's license would be launched.

“I hope that this year we will finalize with the Ministry of Digital Development and we will have an electronic driver’s license, which will also be used by most of our road users,” Chernikov said at a press conference.

He noted that for the operation of this system, amendments to the traffic rules will be required.

He also recalled that an electronic vehicle registration certificate is in operation in Russia in the experimental mode.

Chernikov noted that traffic police officers have the right to demand a paper document from the driver if they have any doubts.

Chernikov also spoke in favor of increasing the speed limit on some sections of roads to 150 km/h.

The head of the traffic police expressed confidence that Russia has the necessary infrastructure for this.

Moreover, he stated that a number of Russian roads are superior in quality to European highways.

Among other things, Chernikov spoke about the plans of the traffic police to start testing drivers for drug intoxication in order to exclude them from traffic and detain the vehicle.