“Significant losses”: the Ministry of Defense of the Russian Federation announced the destruction of more than 50% of the personnel of three battalions of the Armed Forces of Ukraine per day

The enemy suffers significant losses in all directions during the Russian special operation in Ukraine, the Russian Defense Ministry said. According to the agency, over the past day, three brigades of the Armed Forces of Ukraine have lost more than 50% of their personnel. The Russian military, meanwhile, continues to strike at Ukraine's military infrastructure. The high-precision weapons destroyed five command posts of the Armed Forces of Ukraine, three ammunition depots and a number of other targets. Air defense shot down Ukrainian MiG-29. 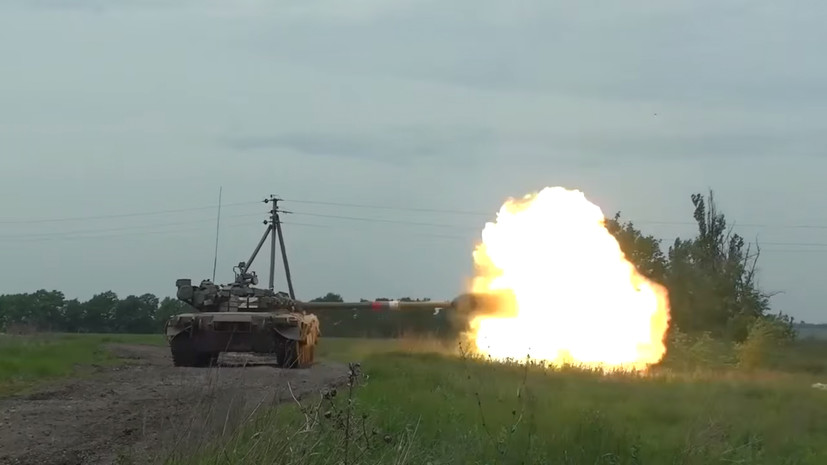 The Ministry of Defense of the Russian Federation stated that the Ukrainian side is suffering heavy losses in all directions of the battles taking place during the Russian special operation.

“The enemy is suffering significant losses in all directions.

In the areas of the settlements of Verkhnekamenka and Zolotarevka, three battalions of the 10th mountain assault and 72nd mechanized brigades lost more than 50% of their personnel in just a day of fighting, ”said Lieutenant General Igor Konashenkov, official representative of the Russian Ministry of Defense, during a briefing on July 2.

In addition, high-precision weapons of the Aerospace Forces hit the temporary accommodation point of the 1st battalion of the 30th mechanized brigade, located near the village of Artyomovsk.

As specified in the Ministry of Defense of the Russian Federation, as a result, up to 120 Ukrainian servicemen and about 15 units of military equipment were destroyed.

In addition, Russian aircraft hit the temporary storage base for weapons and military equipment of the 10th mountain assault brigade, which was located on the territory of a tractor plant in Kharkov.

As a result of this strike, up to 30 personnel and ten armored vehicles and vehicles were destroyed.

At the same time, the Russian military continues to strike in a number of other areas.

The high-precision weapons of the Russian Aerospace Forces hit four platoons of multiple launch rocket systems, from which the Armed Forces of Ukraine fired at the settlements of the Donetsk People's Republic.

Operational-tactical and army aviation, rocket troops and artillery hit 39 command posts of the Armed Forces of Ukraine, two ammunition depots, as well as manpower and military equipment in 32 districts.

Air defense systems shot down a Ukrainian MiG-29 aircraft, as well as 19 drones.

In total, since the beginning of the special operation in Ukraine, 227 aircraft, 134 helicopters, 1,430 drones, 353 anti-aircraft missile systems, 3,886 tanks and other armored combat vehicles, as well as 702 multiple rocket launchers, 3,073 field artillery pieces and mortars, and 3,954 units of special military vehicles.

Roscosmos and satellite imagery of Ukraine

The head of Roscosmos, Dmitry Rogozin, said that the satellites of the state corporation provide support to the Russian military around the clock.

“We do not publish (satellite images. -

), but transfer them to those who are the natural consumer of this information, in this particular case, this is the Ministry of Defense.

Therefore, all this shooting goes to them.

Together with the filming, which is carried out by the devices of the Ministry of Defense, it should provide information and reconnaissance support for the operation of the RF Armed Forces, ”Rogozin said on the air of the Rossiya 24 TV channel on Saturday, July 2.

He added that the shooting is carried out around the clock and in sufficient resolution so that certain decisions can be made on the basis of the received images.

At the same time, the head of Roscosmos stressed that there would be no publication of any materials until the Russian president announced the end of the special operation.

Recall that on June 28, Roskosmos, on the eve of the NATO summit in Madrid, published satellite images of the venue of the event and “decision-making centers” supporting Ukrainian nationalists.”

Prevention of a terrorist attack in the Kherson region

The Main Directorate of the Ministry of Internal Affairs of the Kherson region reports on the prevention of a terrorist attack in the region.

“On the eve of the Russian special services, they prevented a major terrorist attack in Kherson by discovering a capacitor blasting machine,” the message posted on the department’s Telegram channel says.

It follows from the statement that a series of explosions were planned by members of the Ukrainian sabotage and reconnaissance group with the participation of the former headman of the village of Staraya Zburyevka.