“Our units are already in the city center”: what is known about the liberation of Lisichansk by the allied forces of the Russian Federation and the LPR

The allied forces of the Russian Federation and the Lugansk People's Republic took control of the city of Lisichansk, located on the western border of the LPR. According to the head of Chechnya Ramzan Kadyrov, units of the allied forces are already in the center of the city and are cleaning it up. As Kadyrov noted, the retreating Ukrainian troops destroyed a number of administrative buildings in the city, and could also leave behind mines. 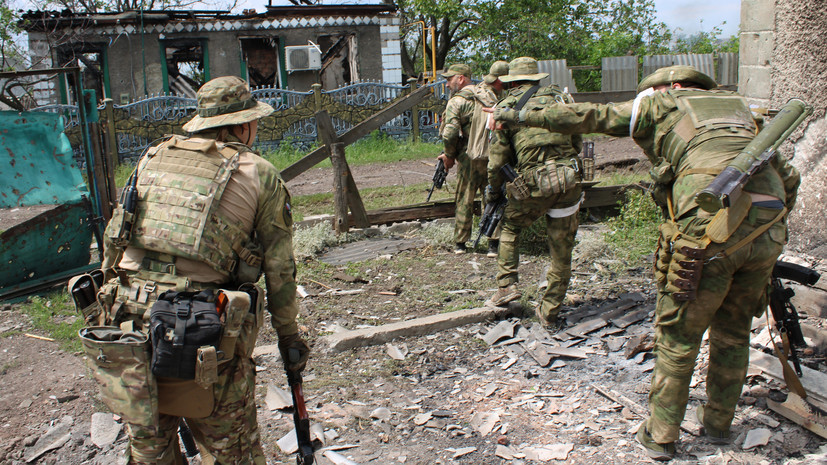 The head of Chechnya, Ramzan Kadyrov, announced the capture of Lisichansk by the allied forces and gave some details.

“I announce to you: Lisichansk is ours!

Our units are in the city center,” he said in a post posted on Telegram.

He also stated that a red Banner of Victory was erected in the central park of the city in honor of the liberation of Lisichansk from Ukrainian nationalist formations.

“It took our units, together with the allied forces, a few hours to completely take the city under their control,” Kadyrov said.

The head of Chechnya explained that part of the troops went through the entire city with a fight to the very center, while other units entered Lisichansk from the flanks, freeing quarter after quarter.

He noted that civilians remained in the city, but Ukrainian forces prevented them from leaving the city.

“In order to improve life in the city, it is necessary to make sure that there is no threat to the civilian population,” Kadyrov added.

He recalled the habit of Ukrainian troops to place booby traps that could blow up civilians.

“Now cleaning up the city is a priority,” the head of Chechnya explained.

Kadyrov noted that the retreating Ukrainian troops are destroying infrastructure in the hope that they can cause losses in the personnel of the allied forces.

“Today, after our forces entered Lisichansk, they attacked the administration building with a Tochka-U missile,” Kadyrov wrote.

According to him, the tactics of the Ukrainian military formations is to leave behind as much destruction as possible, to deprive cities and towns of infrastructure, in order to later blame Russia.

Kadyrov's assistant Apty Alaudinov specified that the territory of Lisichansk might be cleared by the evening of July 2.

“The city is completely under our control, on the outskirts we just need to complete the cleanup,” Alaudinov said on the Rossiya 24 TV channel.

“I think so, by the evening we will be able to report to Ramzan Akhmatovich (Kadyrov. -

) that the main sweeps have already been carried out.”

At the same time, Alaudinov noted that the general cleansing of the city would continue for a day or two until all premises and shelters were inspected.

Later, Vitaly Kiselyov, Assistant Minister of the Interior of the LPR, confirmed that the forces of the republic had entered Lisichansk and were now in the vicinity of the Shakhtyor stadium.

He noted that we are talking about the center of the city.

In turn, Lieutenant Colonel of the People's Militia of the LPR Andrei Marochko said that the allied forces suppressed the resistance of the nationalists in Lisichansk.

“There are still local foci when Ukrainian nationalists are trying to shoot back and hold certain areas of the area.

This resistance is already insignificant, since these units have completely lost their combat effectiveness and lost control, ”RIA Novosti quotes Marochko.

Meanwhile, the military commandant's office in Severodonetsk announced that work to protect public order would soon begin in Lisichansk.

“Lysichansk has come under the complete control of the allied forces, in the near future, units of the military commandant’s office of the LPR will begin to protect public order in the city,” TASS said.

It should be noted that during recent briefings in the Russian Defense Ministry, they stated that the Ukrainian side was suffering heavy losses in the battles in the Lysichansk region.

As the official representative of the department, Lieutenant-General Igor Konashenkov, said on July 1, on the previous day, the enemy’s losses amounted to about 200 people.

The department reported that against the background of the failures of the Armed Forces of Ukraine on the battlefield, there was an increase in the number of deserters and those evading participation in hostilities from Kyiv.

As Konashenkov emphasized, in a number of battalions, no more than 20% of the personnel of the regular strength remained in the ranks.

The next day, July 2, Konashenkov said that in the areas of the settlements of Verkhnekamenka and Zolotarevka, located near Lisichansk, three battalions of the Armed Forces of Ukraine had lost more than 50% of their personnel in just a day of fighting.