Much remains to be known. Practically everything. But Sumar is already a reality. Yolanda Díaz's political project will start in a week after the vice president... 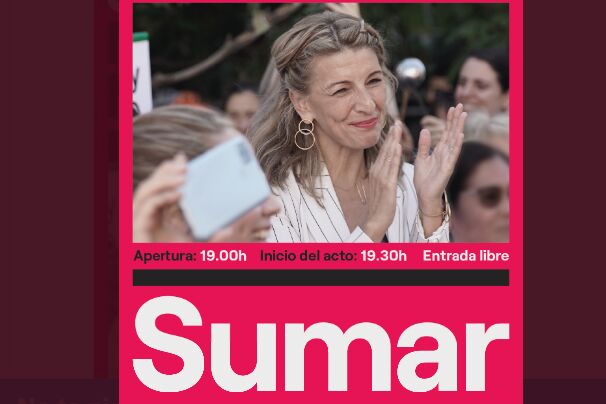 Much remains to be known.

is already a reality.

The political project of

will start in a week after the second vice president of the Government has officially made public the brand's logo this Friday and has called the presentation event.

Waiting to find out how he will distribute the political weight on the platform and the role that Podemos will play in his plans, Díaz summons the public next Friday with the aim of starting his listening process, a six-month tour in the which will tour Spain and approach various social actors.

As they recognize from his team, the political formations will, in principle, play a secondary role in his scheme and will focus all the importance on citizenship.

"Today is an exciting day: Sumar begins its journey," the Minister of Labor also expressed through her Twitter account.

The launch event will take place at the Matadero cultural complex, in Madrid, at 7:30 p.m. next Friday, July 8.

Now, seven days before the presentation, Sumar has officially opened its social networks, in which the brand's first video has been published.

The logo is different from the one filtered weeks ago: the magenta color has been chosen -instead of the black and gold of the initially revealed sketch- for the design and a line has been drawn over the word Add that symbolizes the result of an operation mathematics.