The kick off of the Tour de France given in Copenhagen

Kick off given! The Tour de France began Friday afternoon in Copenhagen for a 13.2 kilometer time trial, the first of 21 stages in the world's most famous race; winner… 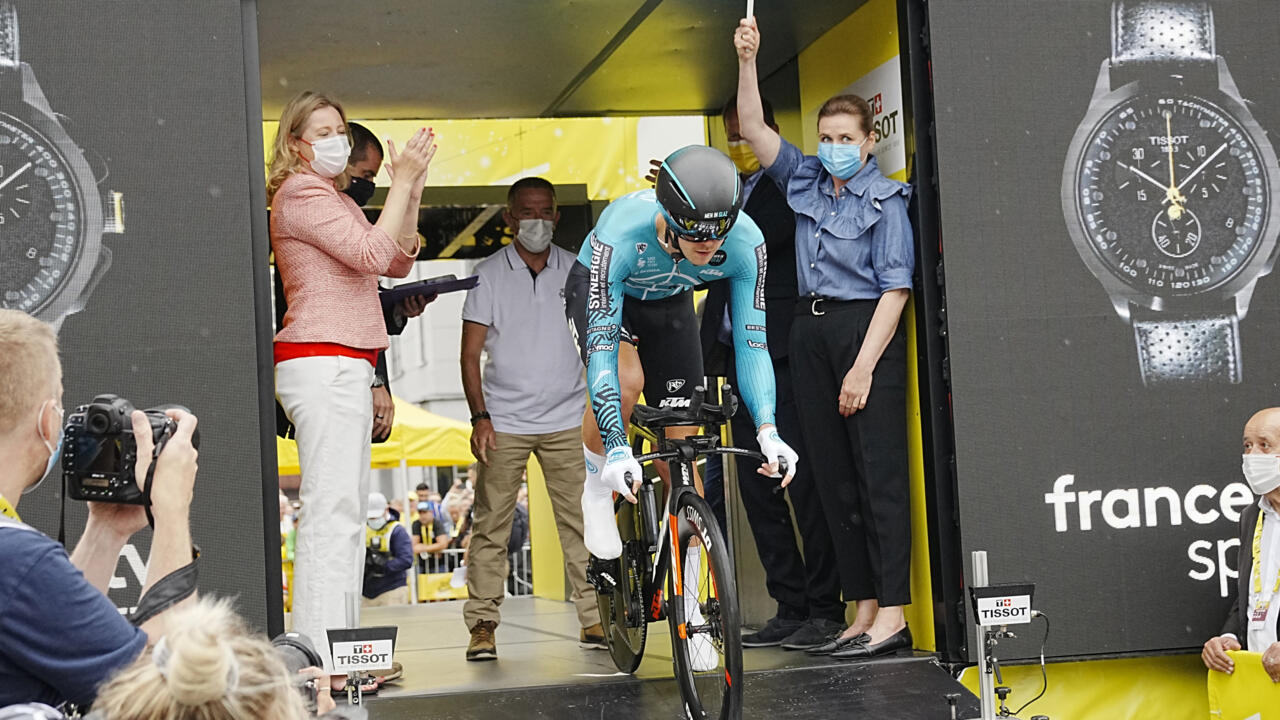 The arrival of the last is scheduled shortly after 7:00 p.m. in the "most cycle-friendly city in the world", Copenhagen, which will then know the name of the first yellow jersey of the edition.

Contrary to tradition, almost all of the riders who are aiming for stage success or the final podium, on July 24 in Paris, have chosen to start in the first half of the table rather than in the last positions.

Their respective teams took into account the weather forecast announcing "a risk of moderate showers during the afternoon and more substantial during the second part and the end of the stage".

Thus, Pogacar, big favorite to succeed him in the final classification and candidate for a third victory despite his young age (23 years old), opted for a start shortly after 5:00 p.m.

Just after the two favorites of the day, the Italian Filippo Ganna, world champion in the time trial, and the Belgian Wout van Aert, his runner-up in the last two Worlds.

For their part, the Slovenian Primoz Roglic and the Dane Jonas Vingegaard, who share the responsibilities of leader within the Jumbo team, the main opposition force, will have already finished their journey when Pogacar enters the scene.

The 24th Grand Departure from Abroad

The public, which was enthusiastic on Wednesday in Tivoli Park during the presentation of the teams, massed in crowds along the course which crisscrosses the Danish capital and passes in front of several of the main tourist sites.

Mainly the Little Mermaid (Km 9.2) and the Royal Palace (Km 10.3), from where the Crown Prince planned to watch the race.

Among other distinguished guests, the French Minister of Sports, Amélie Oudéa-Castera, is also announced on the event which starts for the 24th time in its history outside France.

Next year, the Tour will also start from abroad, from Bilbao (Spain).

Spectators gathered along the route before the Grénd Departure of the 109th edition of the Tour de France, July 1, 2022 Anne-Christine POUJOULAT AFP

"The Great departures from abroad are an old tradition of the Tour de France. The first dates from 1954, in Amsterdam", recalls its director, Christian Prudhomme.

“The Tour is a national monument with a universal vocation, he believes. I assume and I claim these great departures abroad since four fifths of the Tour de France route will always be in France and that it there are, what is essential for me, big cities, medium-sized cities and small villages on the course".

This will be the case in this 109th edition which connects the capitals of Denmark and France over 3,350 kilometers.

After the first three stages on Danish soil, the Tour leaves Tuesday from Dunkirk and arrives the next day in Arenberg, at the end of a route taking the cobbled sections of Paris-Roubaix.

One of the highlights of an extraordinary first week.