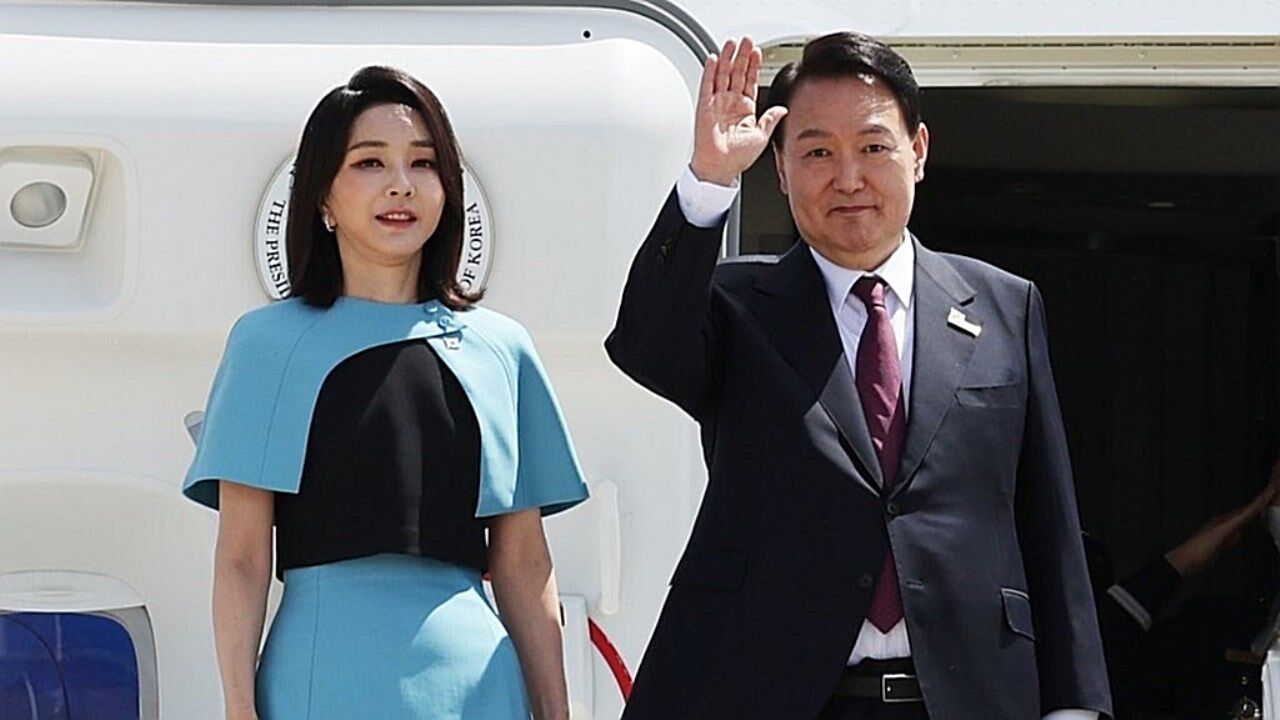 President Yoon visited Madrid to attend the NATO summit held on the 29th and 30th of last month, and digested a total of 16 diplomatic events for three days.

It was President Yoon's first overseas visit since taking office on May 10 and his debut on the multilateral diplomatic stage.

This visit was also accompanied by First Lady Kim Kun-hee.

President Yoon held bilateral talks with the leaders of Australia, the Netherlands, France, Poland, Denmark, Canada, the Czech Republic and the United Kingdom, as well as the three-nation summit held in four years and nine months.

Although the official Korea-Japan summit meeting was canceled, he expressed his will to restore relations through several face-to-face meetings with Prime Minister Kishida.

In the series of bilateral talks, 'sales diplomacy' tailored to each country was highlighted.

In his speech, President Yoon, who attended the NATO summit for the first time as a South Korean leader, stressed, "In order to lead North Korea to the path of denuclearization, it is necessary to clearly show that the international community's will for denuclearization is stronger than the reckless will to develop nuclear and missile programs." .

At the AP4 summit, the so-called Indo-Pacific strategy was put on the table.

According to the Spouse Program hosted by the Spanish Royal Family, Mrs. Kim toured Ildefonso Palace, where she lived with her spouses from 16 countries, including the United States, and the nearby Royal Glass Factory and National Museum of Art, Queen Sofia.

She attended a welcome gala dinner hosted by King Felipe VI of Spain, where she and President Yoon met for the first time meeting and conversing with Queen Leticia of Spain and First Lady Jill Biden, wife of President Joe Biden.

Immediately after his return to Korea, President Yoon will move to the Yongsan Presidential Office Building to receive reports on major domestic issues from his staff and to check the direction of future state affairs.