Arriving from China in 1986, Nan Ping Gao has become a figure in the French vineyards of Corbières (south-west) at the head of Château La Bastide, she has drawn cuvées from an arid land served in a… 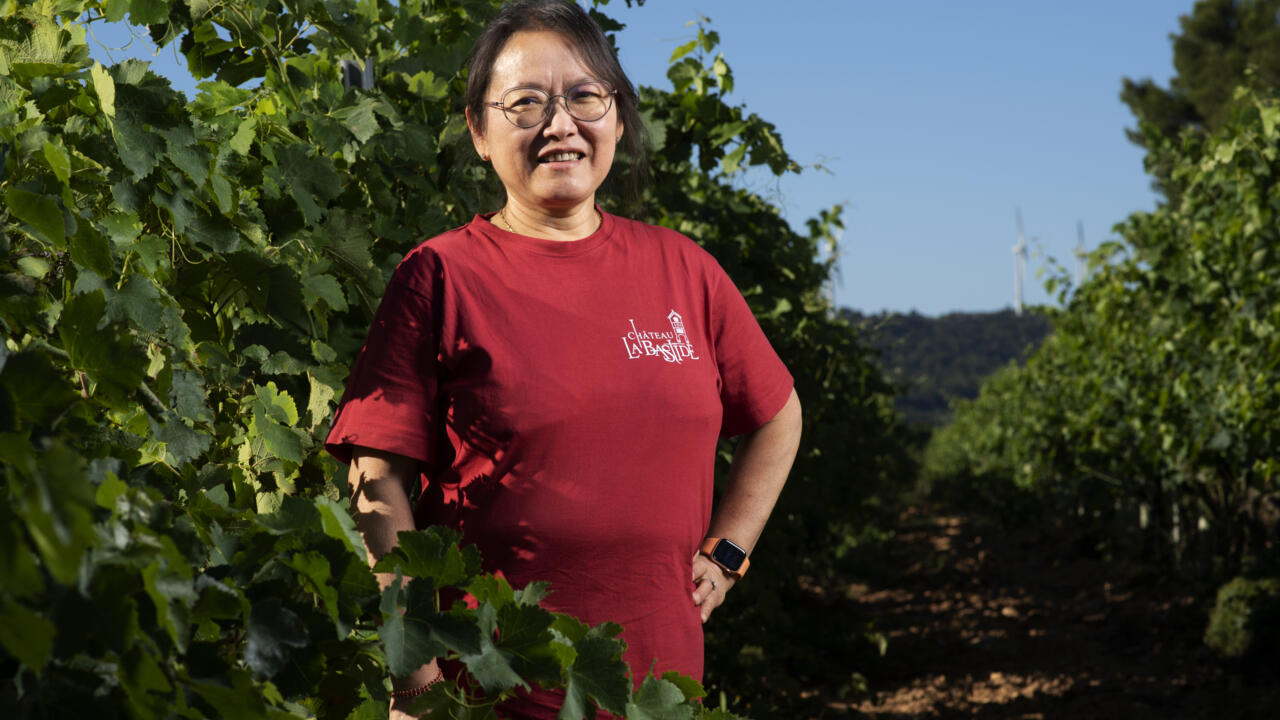 "They wanted to buy in Bordeaux, I convinced them to invest in the Corbières", she says smiling, in front of the large 18th century residence, in the heart of the estate acquired in 2015 by the Chinese group BHC International Wine Assets Management. .

With their consulting firm, Nan Ping Gao and her husband Xu were initially only intermediaries for the transaction.

But they were promoted to the head of the 180-hectare farm, located in the towns of Escales and Lézignan-Corbières, between Carcassonne and Narbonne (south-west).

This 60-year-old woman is ironic about her irruption in a rather closed wine-growing environment.

"At first, with my Chinese head, it wasn't easy. We weren't warmly welcomed. But through hard work and passion, we gained respect and acceptance," she told AFP. the AFP.

Since then, she has not taken a day off and is preparing her eighth harvest.

Member of the Brotherhood of the Illustrious Lords of Corbières, of the association Parole de femmes Aude, inducted into the Consulate of Septimania, a local wine promotion organization, and soon into the Universal Academy of Cassoulet, his commitment to the terroir is widely acclaimed. .

From Sichuan to Languedoc

Born to teacher parents in 1962, she grew up in Chengdu, capital of Sichuan province.

At 24, she left to continue her studies in literature in Montpellier (south).

She discovered wine there and met her husband, also Chinese, who was preparing a doctorate in geology.

In 1989, during the events in Tiananmen Square, she mobilized against the Chinese government.

Stripped of her nationality, she was naturalized French in 1993.

In Montpellier, where she was interpreter for the mayor Georges Frêche, they ran a restaurant for twenty years, and created a consultancy bringing together winegrowers from Languedoc and importers in China.

"She has the ideas, I implement them. Me, it's more the numbers and the finances, she the strategy. She is literary and creative, I am a scientist", summarizes her husband, 62 years old, pleasant and discreet.

Jovial and hyper-active, round glasses and a red T-shirt with the "Château La Bastide" logo, Nan Ping Gao roams her vines at daybreak, monitoring the weather forecast.

Referring to the late frost of 2021, she has tears in her eyes.

"There, I was on my knees. We lost 80% of the harvest," she recalls, passing her hand among the intense green leaves, which hide well-formed clusters.

"They have developed the estate enormously, welcomes Catherine Verneuil, director of the general union of the AOC Corbières. La Bastide has become a prestigious cru, it is precious for the image of the appellation".

Of the 250 local farms, a handful are under Russian, Belgian or British flags.

Only La Bastide belongs to Chinese, when Bordeaux has around a hundred.

In good years, production reaches 350,000 bottles of red, white and rosé, sold from seven to 35 euros depending on the vintage.

About a third are exported to China, the second largest market after France.

La Bastide displays "18 awards, including eight gold medals. This jewel of the Corbières was abandoned. They have restored its brilliance", underlines Michèle Granier, Chancellor of the Consulate of Septimania.

Nan Ping Gao, mother of two and grandmother, has no plans to retire.

"The work fills me with joy", she says, attached for two years to the organic conversion of the domain, in order to return to ancestral methods.

One of his prides is that the Istoria 1770 cuvée, a blend of Syrah and Grenache grapes, with a hint of Mourvèdre, accompanies the dishes of Gilles Goujon, from the Auberge du Vieux Puits in Fontjoncousse, three Michelin stars.

Chefs are, according to her, "the best ambassadors".

The most difficult to convince was a restaurant owner from Lézignan-Corbières, a former rugby player.

He ended up incorporating La Bastide wines on his menu.