Mattekollo - a place where young people can bloom

Mattekollot is in its eighth year but is being arranged for the first time in Linköping. This year's camp has attracted 43 participants from all over the country, with a common interest in mathematics. 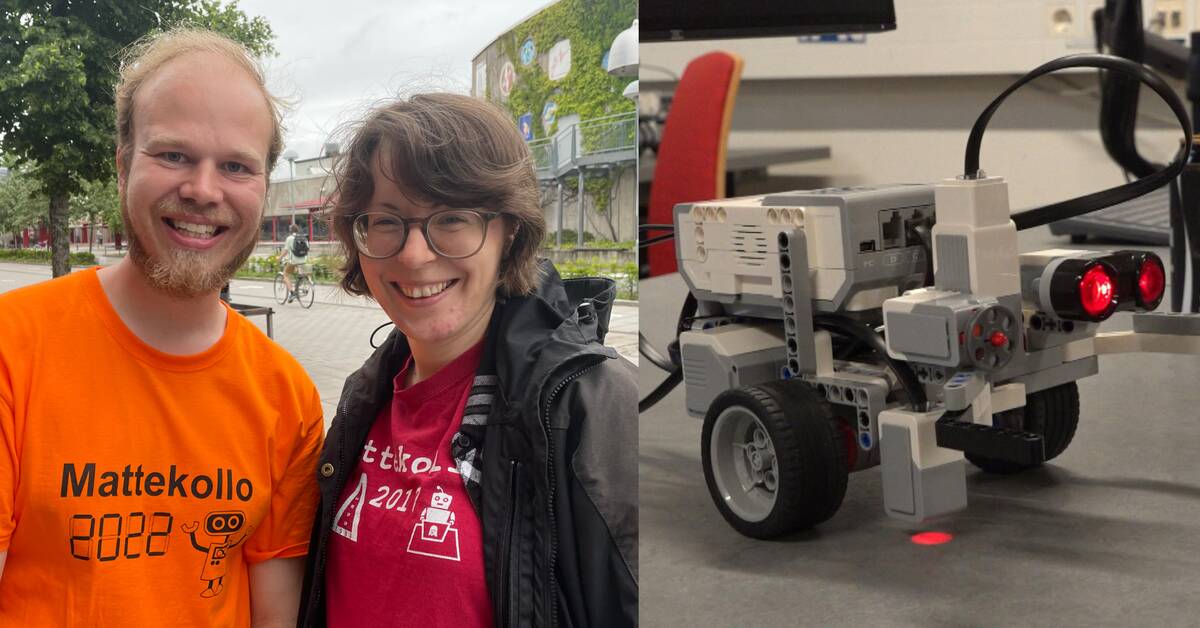 Valentina Chapovalova was involved in starting Kollot in 2015. During her upbringing, she was at both math college and math clubs in Russia something that was missing in Sweden.

- I thought it was a good thing.

There are students in all countries who are particularly interested in math.

But some countries do not have that tradition yet, but it is being created.

Problem solving - the key to the tax

- Everything has been fun.

Yesterday we had a treasure hunt where we had to solve math problems, when they were solved you got a code, with that code you would find a place where we got sweets, says Elliot Ekblad.

- It was fun to start with the first math lessons.

Try new things that are different from what we do in school.

Then it is fun to meet people with the same interests and invent different activities together, says Mira Löfgren.

Summer camp for culture and sports but not for math

The college leader, Fredrik Löfgren, is happy to be at home close to his robots at Linköping University.

- When I was little, I missed having a camp to go to.

I saw my friends go to football camp but I shit in football, I want to count math, says Fredrik Löfgren.

Many of the children can sometimes be understimulated at school, which can lead to the interest in school disappearing completely, he says.

- Here the students get to bloom and talk to each other and we notice that there are a whole year of conversations blocked when they want to share with each other and with us.