Libya: the seat of Parliament invested by demonstrators in Tobruk, in the east of the country

The seat of the Libyan Parliament in Tobruk, in the east of the country, was invaded on Friday by demonstrators, who expressed their anger towards the two governments, while the discussions carried out… 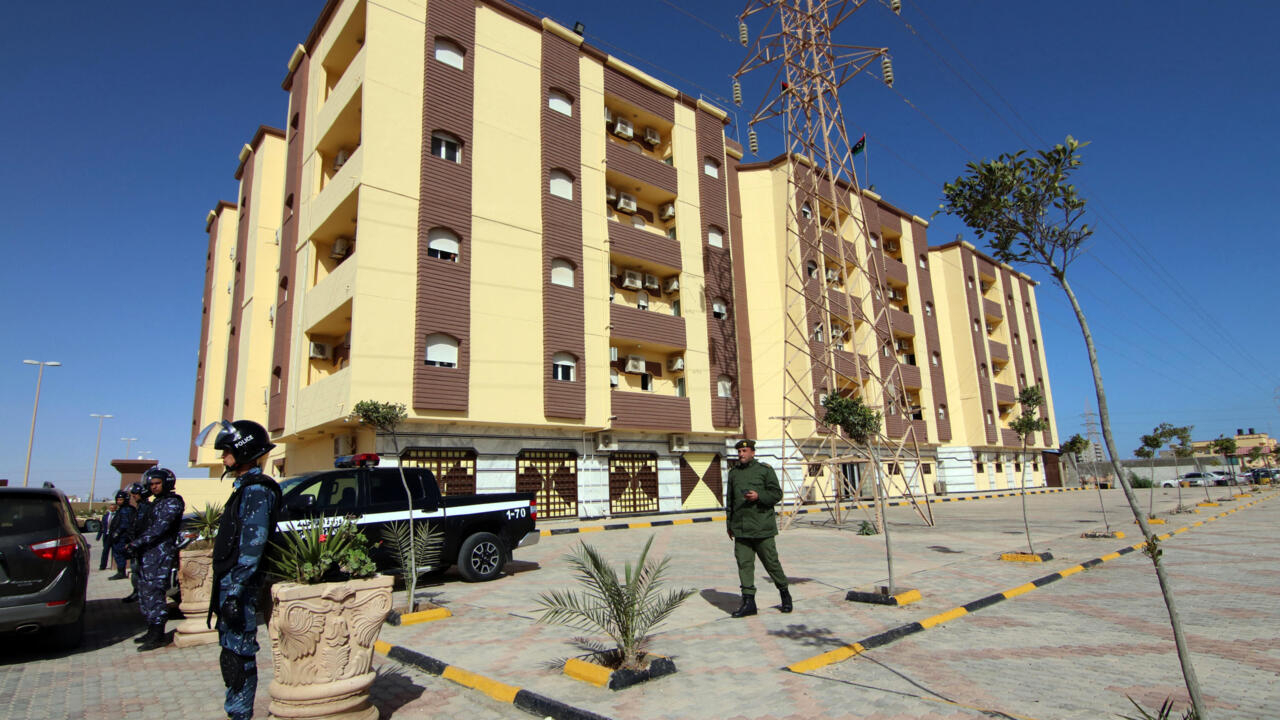 According to several television channels, demonstrators entered the Libyan Parliament in Tobruk, in the east of the country, on Friday July 1 and carried out looting.

They were protesting against the deterioration of living conditions and the carelessness of their leaders, the day after the failure of a new round of negotiations between rival camps.

Images released by the media showed thick columns of black smoke rising from the perimeter of the building after angry young protesters burned tires.

Other media claimed that part of the building was burnt down.

Parliament was empty when protesters entered, Friday being a public holiday in Libya.

A bulldozer driven by a protester smashed through part of the building's compound gate, making it easier for protesters to burst inside, footage shows.

Deputies' cars were set on fire.

Later, more construction machinery arrived and began to smash through sections of the building's walls.

Other demonstrators, some of whom were waving green flags of Muammar Gaddafi's former regime, threw documents into the air that they collected from the offices.

Libya has been in chaos since the fall of Gaddafi in 2011.

This demonstration took place while the country has been plagued for several days by power cuts, breakdowns aggravated by the blocking of several oil installations amid political disputes between rival camps.

“We want to have light”, chanted the demonstrators.

"We must recognize our failure and withdraw immediately from the political scene," said a deputy, Balkheir Alshaab, quoted by the Libya al-Ahrar channel.

"I call on my fellow deputies as well as the members of the Council of State (Upper House) to resign collectively to respect the will of the Libyan people and preserve the stability of Libya", added another elected official, Ziad Dgheim, quoted by the same media.

Two governments have been vying for power since March: one based in Tripoli and led by Abdelhamid Dbeibah since 2021 and another led by Fathi Bachagha and supported by the Tobruk Parliament and Marshal Khalifa Haftar, the strongman of the East .

No agreement on elections

Presidential and legislative polls were originally scheduled to be held in December 2021 in Libya, to cap a UN-sponsored peace process after violence in 2020.

But they were postponed indefinitely due to strong differences between political rivals and tensions on the ground.

The latest round of talks at the UN between the presidents of the two rival chambers ended Thursday without agreement on a constitutional framework allowing elections to be held.

The talks were led by Speaker of the Tobruk House of Representatives Aguila Saleh and Chairman of the Tripoli-based High Council of State Khaled el-Mechri.

Other similar demonstrations took place on Friday in Tripoli and other Libyan cities.

In the capital, demonstrators brandished portraits of Abdelhamid Dbeibah and Fathi Bachagha crossed out with Xs, a sign of their rejection.

The Libyan National Oil Company (NOC) announced Thursday losses of more than 3.5 billion dollars resulting from the forced closure of major oil sites since mid-April, and decreed the state of "force majeure" on certain installations .

Added to this are daily losses of 220 million m3 of gas, which are nevertheless necessary to supply the electricity network.

The decline in gas production contributes to the chronic power cuts that Libya is experiencing and which last a dozen hours a day.

"People's protests have erupted across Libya in exasperation with the deteriorating quality of life and political crisis and those behind it and the UN that has lent its hand. “, wrote on Twitter analyst Tarek Megrisi, of the European Council on International Relations (ECFR).

Popular protests have erupted across Libya in exasperation at a collapsing quality of life, the entire political class who manufactured it, and the UN who indulged them over delivering promised change

Things are escalating quickly 👇and the response will define Libya's summer https://t .co/Oj8KQgW60j