Here Europe - End of the French presidency of the EU, time to take stock

Started on January 1, 2022, the French Presidency of the Council of the EU ended on July 1. The French president had displayed ambitious objectives and launched a motto "Revival, power,... 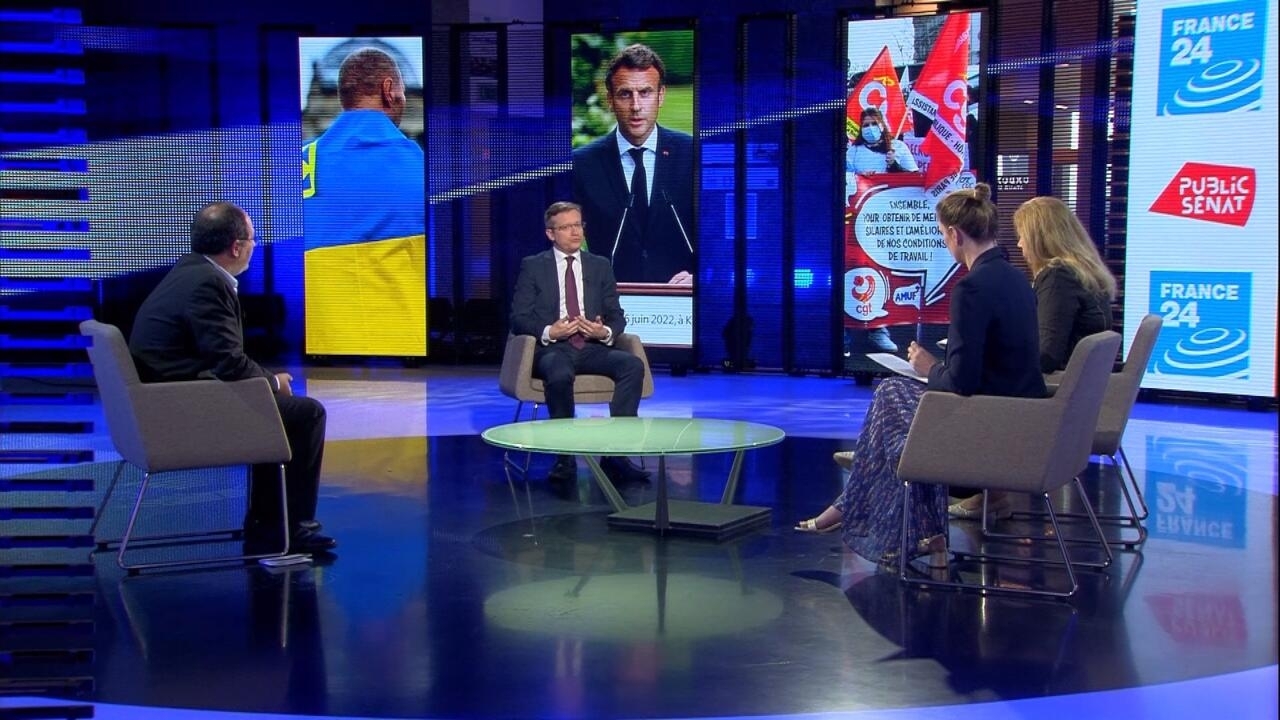 However, the war in Ukraine launched by Russia on February 24 has radically changed the situation and the priorities.

The French presidency has brought the question of European defense back to the forefront and has passed a series of sanctions against Moscow.

Read also on France 24 >>> French Presidency of the EU: a mandate hit by the war in Ukraine

Moreover, the return of the war in Europe did not succeed in silencing the dissonances between Europeans, in particular when it was a question of reducing the excessive dependence on energy imported from Russia.

The icing on the cake, the French presidency of the Council of the EU was disrupted by the presidential and legislative elections in France, which weakened Emmanuel Macron.

The project was co-funded by the European Union under the European Parliament's grant program in the field of communication.

The European Parliament has not been involved in its preparation and is in no way responsible for or bound by the information, information or views expressed within the framework of the project for which only the authors, persons interviewed, the publishers or broadcasters of the program are liable in accordance with applicable law.

Nor can the European Parliament be held liable for any damage, direct or indirect, which may result from carrying out the project.