The First Section of the Contentious-Administrative Chamber of the Superior Court of Justice of Andalusia (TSJA) has "supported" the sentence of first instance... 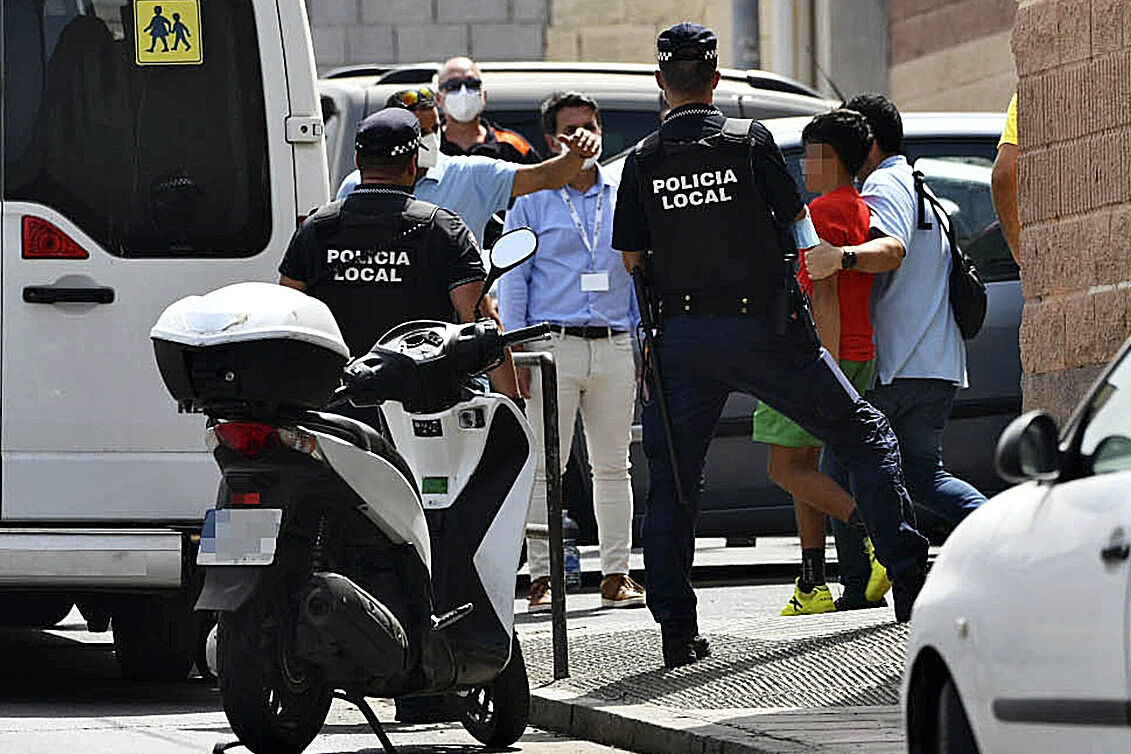 The First Section of the Contentious-Administrative Chamber of the Superior Court of Justice of Andalusia (TSJA) has "supported" the ruling of first instance that, in February, considered the express repatriation to Morocco from Ceuta of twenty of unaccompanied migrant minors who had entered the city during the border crisis in May.

The Chamber has rejected the appeals filed by the Government Delegation and the City Executive against the verdict of Court number 1 of Ceuta and has ratified its "substantive", that is, that the material action of the administration, "exempt from the minimum required procedural guarantees, averted an objective situation of risk relevant to the physical or moral integrity of the minors affected by the return measures that the appellants do not distort," he remarks.

In a press release released on Thursday morning, the defenses state that "these 20 children entered Ceuta, without the protection of any adult, crossing the Tarajal border opened by the Kingdom of Morocco in May 2021. Being in a situation of abandonment, were welcomed by the childhood area of ​​the Autonomous City of Ceuta, being housed first in industrial buildings in the Tarajal Industrial Park and later in the Santa Amelia Municipal Sports Center, where they resided until the beginning of the repatriations without guarantees on August 13".

The appeal ruling in favor of the plaintiff entities and the prosecution explains that "the Administration's action, exempt from the minimum required procedural guarantees, averted an objective situation of relevant risk for the physical or moral integrity of the minors affected by the return measures" clarifies that in order to consider the right to physical or moral integrity infringed and to grant the appropriate judicial protection, it is enough to prove an "objective situation of endangering these fundamental legal rights, which is true in this case given that, in addition , the acts of the defendant Administration made it impossible to monitor the traceability of the return measures that it applied".

The TSJ rejects the invocation of an exceptional situation made by the appellant administrations, affirming that "the sudden, massive and illegal nature of the entry into Ceuta in the spring of last year of thousands of citizens of the Kingdom of Morocco in no way authorized the Kingdom of Spain excuse their submission to the rule of law" and confirms that the "Government Delegation in Ceuta, in addition to not individualizing the return files for each affected minor, omitted all essential procedures and mandatory procedural precautions for repatriation" ratifying the statement carried out by the Contentious Court of Ceuta.

To finish the judgment of the TSJA, it ratifies that "the Cooperation Agreement made in Rabat on March 6, 2007 did not displace, exempt or replace the internal and international legislation on unaccompanied minors, but rather came to complement or implement it, being good proof hence the express allusion made in Article 5.1 of said Agreement to "strict observance of Spanish legislation, the rules and principles of international law and the provisions of the Convention on the Rights of the Child"".

The TSJA, despite acknowledging that all the steps of the procedure have been omitted, considers that the violation of the right to effective judicial protection and personal freedom of minors is not proven, dismissing the resources of the plaintiff entities in this extreme.

The appeal filed by the same two administrations against the ruling issued in the appeal for the protection of fundamental rights 137/2021, in which Coordinadora de Barrios and Fundación Raíces represented another 12 children in similar circumstances, is still pending resolution. .

The events date back to mid-August last year when the Government Delegation in Ceuta and the Ministry of the Presidency, in charge of protecting unaccompanied minors, repatriated at least 35 minors who were taken to the Tarajal border illegally, as ratified by the ruling of the TSJA.

Fearing that they would be expelled to Morocco, 80 minors, including the twenty referred to in the sentence, appointed the lawyers from Fundación Raíces and the Coordinator of Neighborhoods for their defense.

The joint work of organizations on the ground such as Andalucía Acoge, Coordinadora de Barrios, Elin, Ex Menas Madrid, Fundación Raíces, Gentium, Maakum and No Name Kitchen to denounce in different ways the illegality of these repatriations carried out by the Government Delegation in Ceuta, led, among others, to these two procedures.

Faced with these two judgments of the Court, the Government Delegation in Ceuta and the Government of the Autonomous City of Ceuta filed two appeals, the first of which has now been dismissed by the Superior Court of Justice.

The plaintiff entities, and the children they represent, are now waiting to receive the judgment regarding the still pending appeal, in the confidence that it will be resolved in similar terms, as well as in the expectation of verifying if the defendant administrations calm down. to the Court's decision or appeal to the Supreme Court.

In addition, a third contentious-administrative appeal, filed on behalf of another 7 minors of those repatriated last August, is still being processed before the Contentious-Administrative Court No. 2 of Ceuta.

The association Coordinator of Neighborhoods values ​​the court's ruling in the mouth of its president, Javier Baeza, "the sentence reminds the authorities that there can be no cuts in the Rights of the child. Now it remains to restore the damage caused to the affected children, rebuild your trust and make sure something like this doesn't happen again."

Patricia Fernández, a lawyer for the association, expresses that "the pronouncement of the Justice is clear, border control cannot be an excuse to exempt the application of the Law. Neither in Ceuta in August 2021 nor in Melilla in June 2022. A migration policy that respects human rights and protects the most vulnerable is urgently needed, especially when they are boys, girls, and they are alone."

According to Lourdes Reyzábal, president of Fundación Raíces, "it is frustrating to see that public administrations continue to violate the fundamental rights of migrants, and especially of children who arrive alone in Spain, and it fills us with impotence that this continues to happen despite of the multiple judicial pronouncements that, on this matter, we obtained more than 12 years ago and whose content our different Governments refuse to assume"

For the foundation's lawyer, Paloma García de Viedma, "neither the exceptional situations, nor the supposedly massive entries, nor the agreements with Morocco for border control, authorize public administrations to dispense with the necessary guarantees for the protection of fundamental rights. It is unfortunate that, as we verified in Ceuta and has been painfully demonstrated in Melilla, it is necessary for the Courts to remind the authorities of this".