The other NATO chronicle: Draghi's fright, inflation in the canteen and the 'kyiv salad'

This week's NATO Summit in Madrid kicked off with diplomatic success on Tuesday when Turkey, finally satisfied with commitments from Sweden and Finland, lifted... 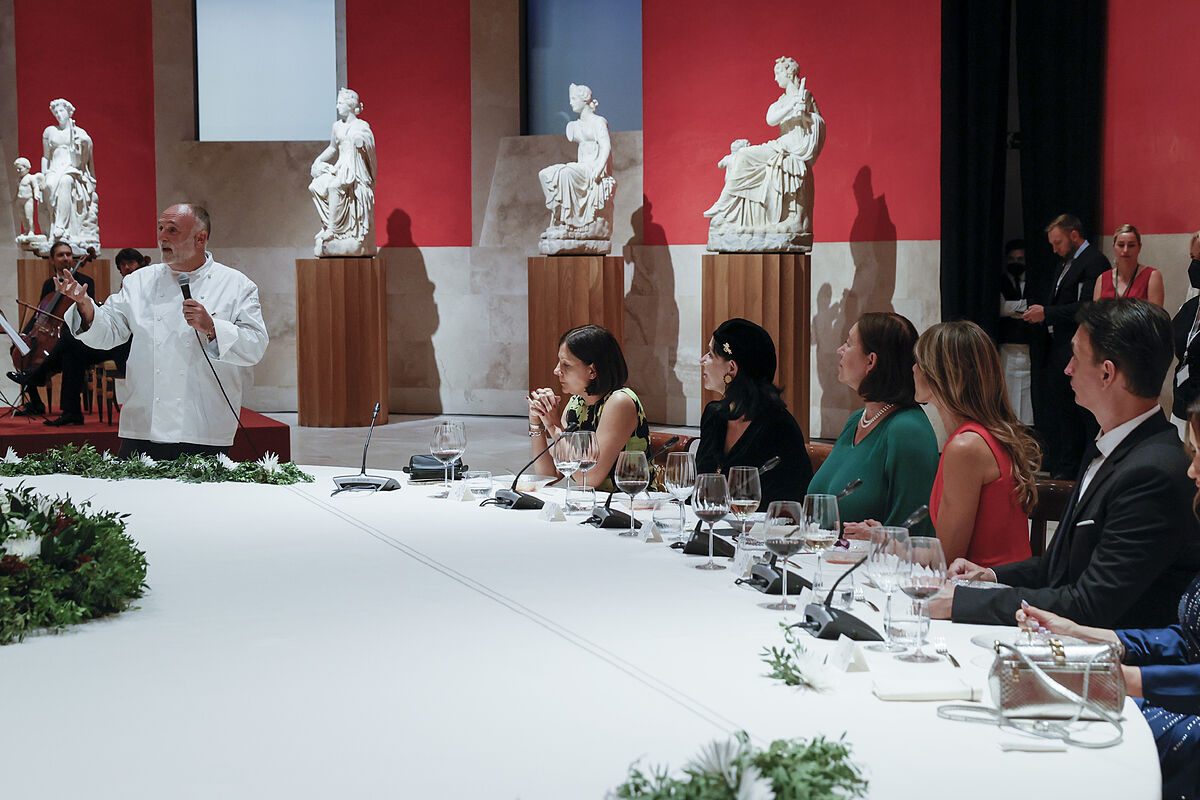 in Madrid kicked off with diplomatic success on Tuesday when Turkey, finally satisfied with commitments from Sweden and Finland, lifted the veto on the imminent entry of both nations.

In less than 24 hours, the leaders also approved the Strategic Concept for the next decade, the Madrid Declaration and conspired, for the umpteenth time since 2014, to reach 2% of defense spending as soon as possible.

The Summit is going well

It has had no scandals of any kind, a leader has not come out calling the state of the Alliance "brain dead", as Macron did a few years ago.

insulting his partners, calling them freeloaders or pushing his colleagues to be the first in the photo.

Nor have there been major problems with facilities, security or communications, as has also happened in recent years.

But an event of this magnitude, with 30 delegations and hundreds of meetings and bilateral affairs, is also leaving anecdotes, curiosities and surprises.

More information on the NATO Summit

Photos from the NATO Summit in Madrid: dinner at the Prado Museum

Photos from the NATO Summit in Madrid: dinner at the Prado Museum

, announced yesterday at the last minute that he would not be at the final session of the Summit today.

On Wednesday, the cameras captured an extraordinary snapshot of Draghi, sitting in the Prado Museum, alone, talking on the phone with a worried face while the rest of the leaders enjoyed paintings and drinks.

The Italian Executive is reeling.

, but the sensation transmitted by the local press is that of a deep crisis, after the rupture within Five Stars, one of the key pieces of the coalition.

At European Summits, it is not uncommon for a leader to have to excuse himself a little earlier or arrive a little late if he has some very important national appointment, but leaving an Alliance Summit precipitously, at a critical moment for international security, is much more weird.

Draghi came from the G7, has been away from home for days and felt the need to focus on a multi-sided dispute that puts the survival of his Executive at risk.

The 'frightened' of him is this Thursday one of the most commented topics in the huddles.

The bulk of the appointment had already been left behind, and the documents are approved, but even so it is an anomaly that does not go unnoticed

THE TWO FACES OF TURKEY

has been without a doubt one of the main protagonists of the Madrid event.

On Tuesday he lifted the veto on Sweden and Finland, but taking in exchange a trilateral memorandum with specific commitments to which he had aspired for years.

He did not have to offer much in return, because the entry of the two countries was never a problem for him;

she monopolized the attention for weeks and has achieved reinforcement in a national key.

And furthermore, the secretary general and the structure of the Alliance have thanked him for

his willingness and flexibility

, as well as emphasizing much more than ever before the criticism of the PKK and the groups that Ankara considers terrorist and dangerous.

That moment of glory also comes in the middle of an escalation with Athens.

Greece and Turkey are once again going through a very delicate phase in their relations, with threats, accusations of violations of air and maritime spaces, with exchanges of statements and cross pressure for the Alliance and the EU to make public reproaches.

did not want to see Prime Minister Mitsotakis.

"A bilateral meeting with Mitsotakis is not possible. I have said it before, which means they are not paying attention to what we say," Erdogan said on Wednesday.

"That door has been closed until they focus and when they do, then we will be able to clarify the roadmap and to what extent the meetings can take place," added the Turkish president on the possibility of reopening communication channels with Athens. amid rising tension and increasingly aggressive rhetoric from Ankara.

The demilitarization of some islands, the growing US presence in Greece and the alleged support of Athens to "terrorist" groups are some of the main elements of the disputes this month.

On Wednesday night, the world leaders were at the Prado Museum for a gala dinner.

There, Pedro Sánchez explained this Thursday on TVE, they not only talked about

, Russia and security, but also "a lot about inflation".

And it's not just about home.

One of the most commented topics during the summit, and picked up in the press on half the planet, was precisely the prices of the IFEMA canteen.

A menu of the day, of more than debatable quality, for

Refreshments at 3.75, coffees at 2.90 and sandwiches that are close to 10 euros, prices that surprised and outraged the delegations, or at least the journalists who did not have everything paid for, such as the leaders and their teams.

To this was added, in addition, the surprise in many colleagues when they saw in the cafeteria that the star dish was "Russian salad".

International agencies such as Reuters, and media such as Politico, picked up the singularity that such a dish exists.

Especially when the floor below, where the official delegations were (and at the Prado dinner, prepared by José Andrés), had been baptized "kyiv Salad".

The last has not been an epic week for Georgia.

Seven days ago, in Brussels, the Heads of State and Government of the 27 gave the green light to grant the status of candidate country to Ukraine and Moldova, opening the prospect for future accession to the EU.

Georgia's candidacy, however, which had come at the same time, was rejected.

I think the European Commission is not ready, and they have limited themselves to giving it the "European perspective", that it is a very old country and that its situation hardly changes.

They have asked for more duties, more efforts and reforms, pointing out that if they advance in the coming years they may be lucky.

After the half fiasco in Brussels, the same has happened these days in Madrid.

The Alliance has once again refused to even set a timetable for a possible entry in the far future.

Stoltenberg confirmed in a press conference that the aspirations, expressed for many years, cannot be fulfilled, not yet.

"Although we maintain the decisions of the past, we are not going to give any date," said the Norwegian, who indicated instead that they will try to increase support to help the transition.

had not ruled out that the Ukrainian president,

would travel to Madrid to participate in person at the Summit.

It seemed unthinkable, and it was impossible, but instead the country has been well represented.

On the diplomatic side, Igor Zhovkva, trusted adviser and top-level diplomatic adviser.

And on the public relations side, the Klitschko brothers, boxers, heavyweights, and one of them, Vitali, the mayor of kyiv.

The three have monopolized the spotlights this week in Madrid.

The head of delegation, annoyed by the delay in the delivery of the aid promised by Spain, meets today with Margarita Robles to ask them to speed up, since resistance to Russian aggression can only be maintained with more weapons and equipment.

Zhovkva moves around Ifema as if she were at her house, visiting all the delegations, talking to journalists and perfecting the lobby.

The Klitschko brothers, giants, orators, accustomed to cameras and speaking in public, were the protagonists of the public spotlight organized in parallel to the Summit, and they go where diplomats and their government cannot.