Rugby: France with a Lucu-Jalibert hinge and two neophytes against Japan

The XV of France will begin its summer tour in Japan, Saturday in Aichi, with a hinge composed of scrum half Maxime Lucu and opener Matthieu Jalibert, both playing in Bordeaux-Bègles,… 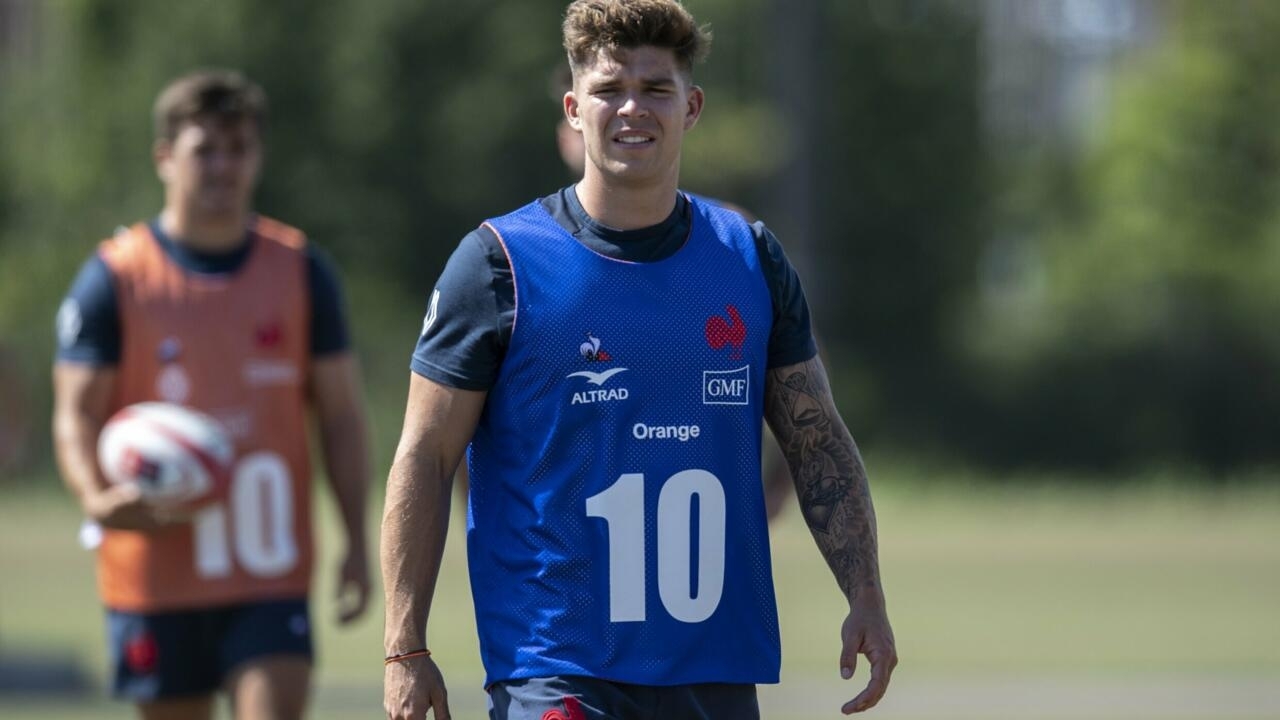 The third line of Racing 92 Yoan Tanga and the second line of Bordeaux-Bègles Thomas Jolmès will thus live their first selection in a starting team which also includes ten winners of the Grand Slam 2022.

At the level of the hinge, the coach therefore decided to associate Lucu with his club partner Jalibert (23 years old, 15 caps).

Maxime Lucu ball in hand during training with the XV of France in Urayasu, Japan, June 29, 2022 Charly TRIBALLEAU AFP

The UBB opener will wear the blue jersey for the first time since the victory against the All Blacks (40-25) in November.

Lucu, he will experience his first tenure after seven appearances off the bench, each time as a replacement for Antoine Dupont.

The Toulouse scrum half, left to rest for this tour like many winners of the Tournament, will rightly be replaced in his role as captain by Charles Ollivon (29 years old, 23 caps).

The third line of Toulon, long injured in a knee, will find the Blues as well as his status as captain 463 days after his last match and a defeat against Scotland (27-23) in March 2021.

The captain of the XV of France Charles Ollivon during a photo session in Tokyo on June 29, 2022 Charly TRIBALLEAU AFP

The management of the Blues also opted for a bench with six forwards and two backs, the usual third line of the French Stadium Sekou Macalou being also an option on the wing.

The XV of France, undefeated for eight matches, must face Japan twice, on July 2 and 9.