Philippines: the return of the Marcos clan with the inauguration of the new president

The Philippines has a new president. Ferdinand Marcos Junior, son of the ousted former dictator, was sworn in on Thursday, June 30 at the National Museum in Manila after winning the… 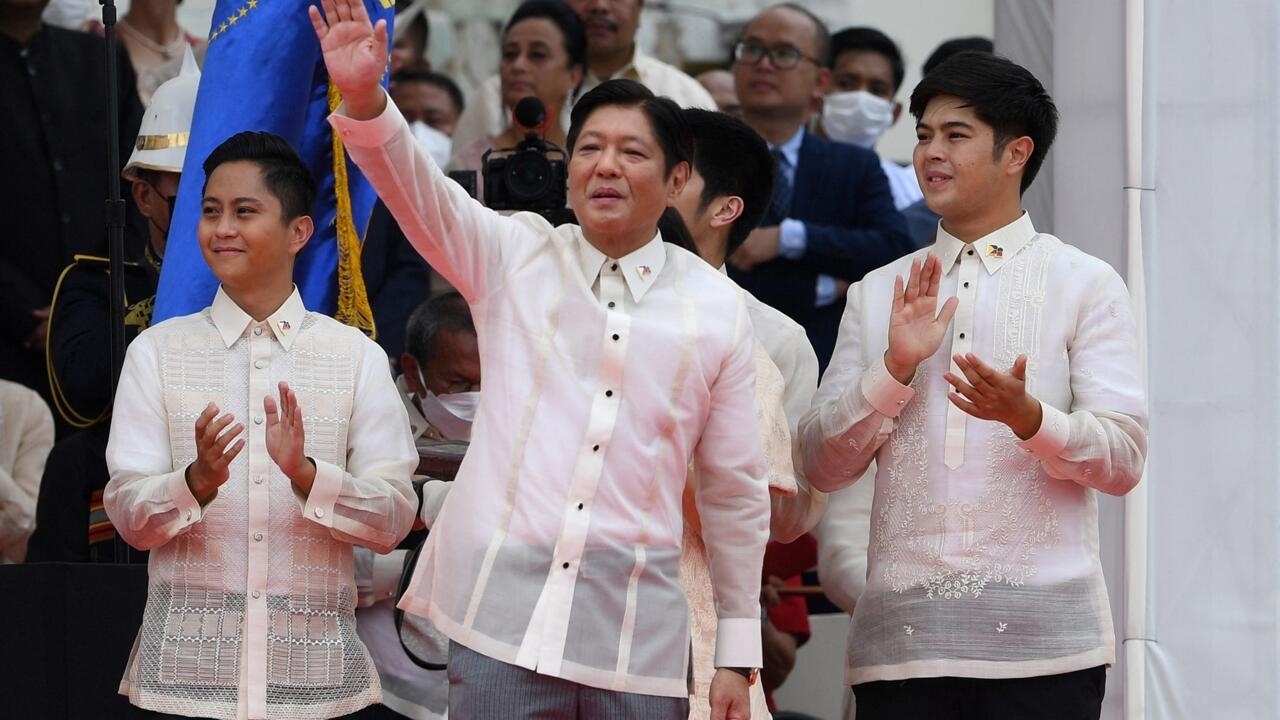 Philippines: the return of the Marcos clan with the inauguration of the new president

The Philippines has a new president.

Ferdinand Marcos Junior, son of the deposed former dictator, was sworn in on Thursday June 30 at the National Museum in Manila after winning the presidential election on May 9.

Marcos Junior, known as "Bongbong", thus reaches the supreme office at the age of 64 and fulfills his family's wish for a return to power, 36 years after the end of the dictatorship.

It took less than a generation for the Marcos to restore the image of the clan after being ousted from power by a popular revolt in 1986. It is the culmination of several decades of efforts by the family to rewrite the past, marked by bloody repression and corruption.

During the investiture ceremony, Marcos Junior made no secret of his admiration for his father, portraying the latter's reign as something of a golden age for the Philippines, which raised fears that he was seeking a similar diet.

I once knew a man who saw how little had been accomplished since independence.

So will his son.

I will make no excuses

More than 15,000 police, soldiers and coastguards were deployed in the capital for the inauguration, but not a word from the new president about the thousands of crimes and tortures committed under the dictatorship.

Not a word of apology either for the victims.

A political tandem with the daughter of the outgoing president

The new president, who succeeds Rodrigo Duterte, internationally famous for his deadly war on drugs, has promised to unify the country, fight unemployment and inflation, and always seek perfection.

He was sworn in in a public ceremony at the National Museum in Manila, in front of hundreds of local and foreign dignitaries, including Chinese Vice President Wang Qishan.

The political tandem with the daughter of outgoing President Rodrigo Duterte makes survivors of the Marcos regime fear a step back, a return to the dark years of the dictatorship.

A time that many young Filipinos have not known, victims of a massive disinformation campaign orchestrated by the current president, who has applied himself to meticulously erasing all the horrors perpetrated by his late father.

Maintain a balanced relationship with China and the United States

And unlike his predecessor, who moved away from the United States towards China, Marcos Junior indicated that he would pursue a more balanced relationship with the two superpowers.

He said last month that he would adopt a foreign policy, "friends of all, enemies of no one", but insisted that he would enforce an international decision against Beijing over the South China Sea, rich in resources.

: Around the world of these families who monopolize power