After the police murder of Andreas Danman in Biskopsgården in Gothenburg exactly one year ago, there were the police who did not want to work in the area. - There was anger, working in this area felt wrong after the incident, says Per Hellström, deputy local police area manager at Hisingen. 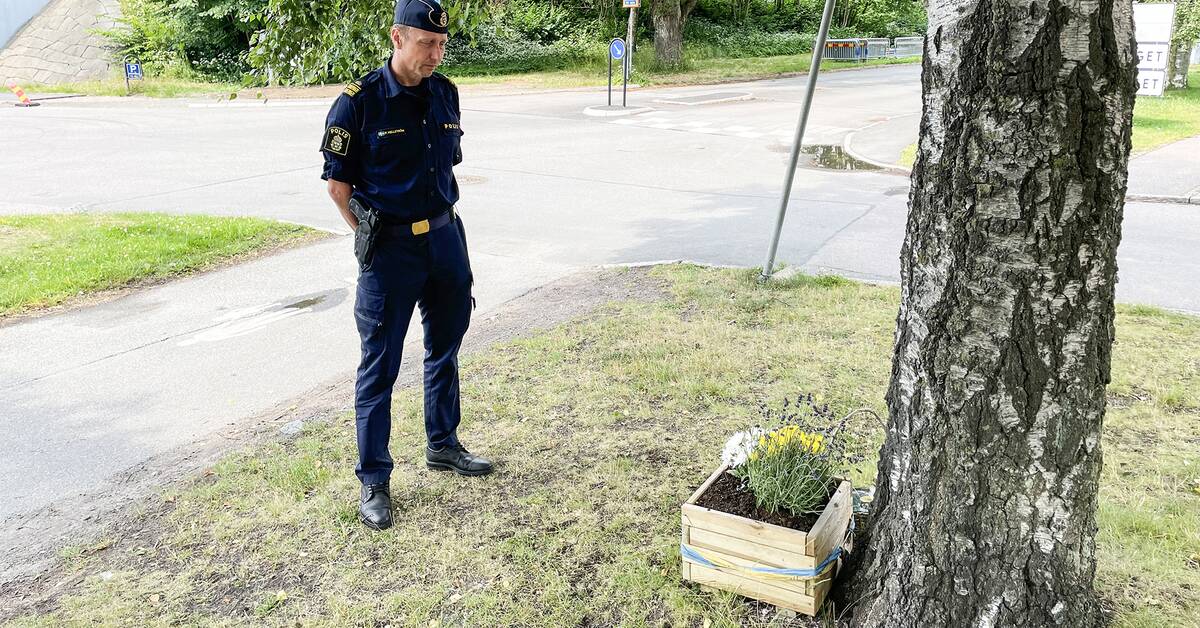 Watch the police chief visit the memorial site and tell about the feelings after the murder in the clip above.

On Thursday, it is a year since policeman Andreas Danman was shot to death in Biskopsgården in Gothenburg.

An incident that shook the whole of Sweden and not least the local police area Hisingen, where he worked.

- It feels terrible, you feel great sadness that a police officer lost his life when he did his job, it is extremely heavy, says Per Hellström.

After the incident, there were the police who did not want to work in the area, something you had to talk to the employees about.

At the same time, it was important to remain in Biskopsgården, which had an unexpected effect, says the police chief.

- The culture of silence has improved, there are more citizens who dare to talk, dare to testify and stand up for society.

At the same time, he sees a trend break in terms of conflicts in the area.

- We have reduced the number of individuals in criminal networks and we have had smaller shootings.

It is clear that the conflicts remain and the criminal networks remain, but I think we have weakened them, says the police chief.