This summer, a wandering new set of Alice in Wonderland will be played at Gültzauudden in Luleå. The director hopes that the children will be encouraged to rebel with Alice against a stressful time. 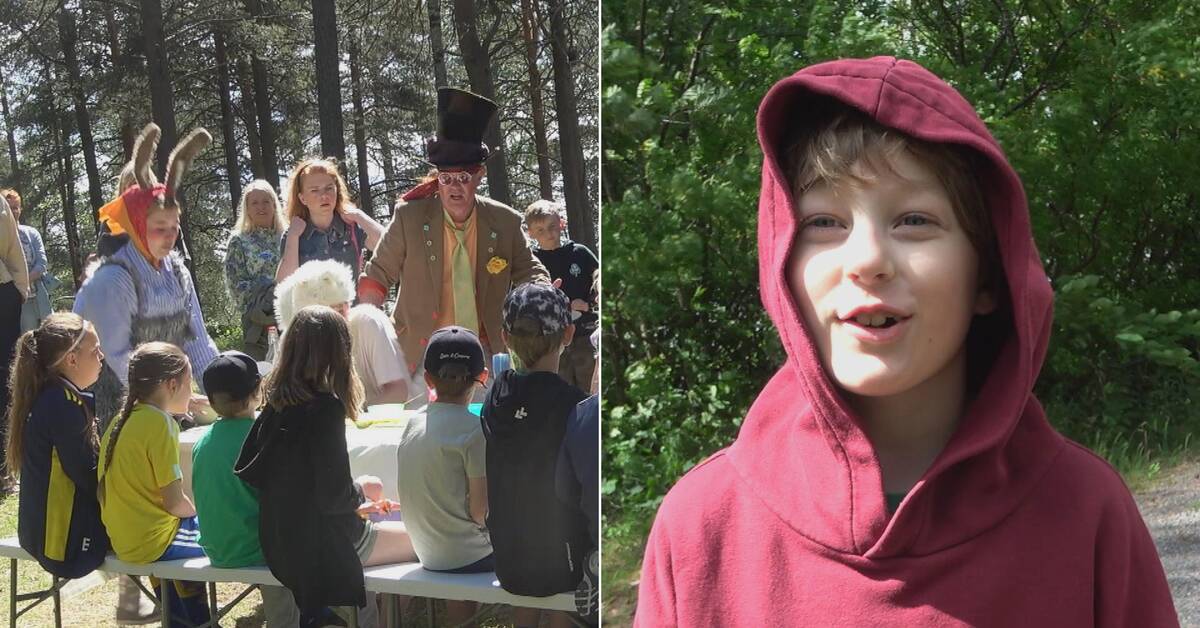 With the forest as a playground, the children get to eat cakes at the Hatter's tea party and throw cones at the evil queen who wants to behead everyone.

- At first we thought of playing in the city park.

But Alice in Wonderland takes place in a slightly more fabulous environment, and then we came to Gültzauudden, says director Annika Forslund Rimbléus.

The escape from a stressed adult world

The play's theme is the stressed contemporary.

That is why the forest as a playground and interactivity is extra important, says Annika Forslund Rimbléus.

- I want the play to activate the children to rebel against the adult world.

"Theater should be scary"

In the interactive performance, the children get to follow Alice through the forest, and meet the white rabbit, the hat maker and Hjärter dam.

Ladies' hearts can be scary, but producer Elin Kristiansen says that the queen's evil fulfills a function.

- Theater should be a little scary.

In conversations with the children afterwards, we have noticed that what was scary in the beginning, the children forget when they are allowed to defeat the queen.