Graduated from high school to study abroad! How to get the favor of overseas universities?

China Overseas Chinese Network June 30th telegram: Graduated from high school and went to study abroad! These knowledge points to know →   Recently, the results of the college entrance examination in various places have been announced one after another. In addition to choosing domestic universities, some candidates and parents also set their sights on foreign universities.   Different from the d 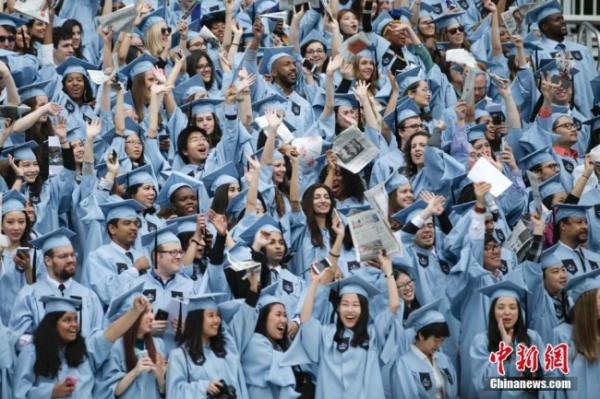 These knowledge points to know →

Recently, the results of the college entrance examination in various places have been announced one after another. In addition to choosing domestic universities, some candidates and parents also set their sights on foreign universities.

Different from the domestic admission method, the admission criteria for studying abroad are more complicated. For high school graduates who want to go abroad, how should they get the attention of overseas universities?

Who are the students suitable for studying abroad?

What are the ways to study abroad for high school graduates?

Shan Lianshun, who has been studying abroad for nearly 30 years, said that there are roughly three ways for high school graduates to study abroad.

The first is to apply for going abroad based on the results of the college entrance examination and foreign language scores.

It is worth noting that most schools require a college entrance examination score of 75% or 80% of the total score.

"This is further divided into Sino-foreign cooperative schools that are included in the national unified recruitment plan and unplanned cooperative schools." According to Shan Lianshun, choosing a Chinese-foreign cooperative school to be included in the national unified recruitment plan needs to fill in the college entrance examination volunteers, participate in the college entrance examination admission, and be admitted. After that, you can either go to a foreign university that cooperates with Chinese universities in the second stage of your undergraduate study and obtain diplomas issued by both Chinese and foreign schools, or you can stay in an undergraduate university and only take domestic diplomas and degrees.

The unplanned cooperative education adopts the method of self-enrollment.

After enrolling in the school, first obtain the corresponding credits in the Chinese school, pass the language test and then be admitted to the foreign cooperative school, and obtain a diploma issued by the foreign school after graduation.

But at present, such admissions exams are mixed, and parents and students try to choose the programs approved by the official website of the China (Ministry of Education) Study Abroad Service Center.

The third way is to study abroad in one step after the college entrance examination.

"After the college entrance examination, some students will enter training institutions to learn languages, fully prepare for the application, and hope to be admitted to overseas universities in one step. However, this method is relatively risky. On the one hand, studying abroad will be affected by many factors such as the epidemic and Sino-foreign relations. Most training institutions do not have the ability to resolve these risks. On the other hand, for high school graduates who are not fully prepared, they are more likely to face psychological and language problems after going abroad." Shan Lianshun said.

How do prospective students prepare?

She said: "For high school graduates who want to study abroad, they must first understand the customs of the destination country, the school's international student policy and the school's recognition in China in advance. Second, they must have a clear life plan for their future. You have to understand what your purpose of going abroad is, and what kind of work you want to do in the future, even if there is a discrepancy with the plan in the future, it doesn’t matter.”

"Study abroad should follow the concept of 'golden springboard'. It would be irresponsible for a high school student who has just graduated from the college entrance examination to live alone in an international city. Therefore, prospective international students should form their own understanding of the laws of social operation before going abroad." Shan Lianshun said.

What will international students gain?

"For me, studying in South Korea not only learned a language, but also gained a group of friends from all over the world. Everyone helped each other and grew up together. I learned how to respect and understand the living habits, customs and culture of other countries. I can listen to the stories of other people’s hometowns.” Ke Jing said that South Korea’s undergraduate education has enabled her to better integrate into the local society and laid a solid foundation for graduate applications.

Shan Lianshun believes that after studying abroad, most students have greatly improved their teamwork, communication skills, and self-care skills.

At present, the epidemic has impacted international students, but it also contains opportunities. Some schools have lowered the admission threshold. It can be said that it is relatively easier to enter famous schools.

Whether they choose to study in China or study abroad, for the majority of students, if they are loyal to their love and study hard, they will definitely go to the mountains and seas.

News/Politics 2022-06-30T00:24:54.874Z
Graduated from high school to study abroad! How to get the favor of overseas universities?
Life/Entertain 2022-07-23T01:57:45.154Z
Can you get into a world famous school for money? The reporter started from the bottom of the truth about the "guaranteed admission" of some study abroad institutions
Life/Entertain 2022-07-24T17:58:17.328Z
Can you get into a world famous school with money? Be careful to fall into the "pit"
ADS
Life/Entertain 2022-07-20T01:14:44.696Z
Colleges and universities spend tens of millions to introduce Philippine doctors in batches: "wholesale application" forms an industrial chain
News/Politics 2022-05-24T01:33:34.190Z
Hong Kong Education Bureau: Mainland becomes the most popular study destination for Hong Kong high school graduates
Life/Entertain 2022-07-21T20:32:56.019Z
Revealing the secrets of overseas fast-track Ph.D.: the graduation threshold is lower than the domestic cost of about 120,000 yuan
Business 2022-03-26T04:17:50.990Z
The study abroad market will continue to pick up in 2022
News/Politics 2022-07-28T03:42:42.600Z
The Ministry of Education continues to support Chinese-foreign cooperation in running schools and other means to alleviate the difficulties of my students studying abroad under the influence of the epidemic
News/Politics 2022-02-13T22:21:38.035Z
Many colleges and universities have released graduate employment reports. Where do graduates from famous schools find employment?