[Focus on the Korean Peninsula] Flooding everywhere due to heavy rain... North Korea, how much rain? 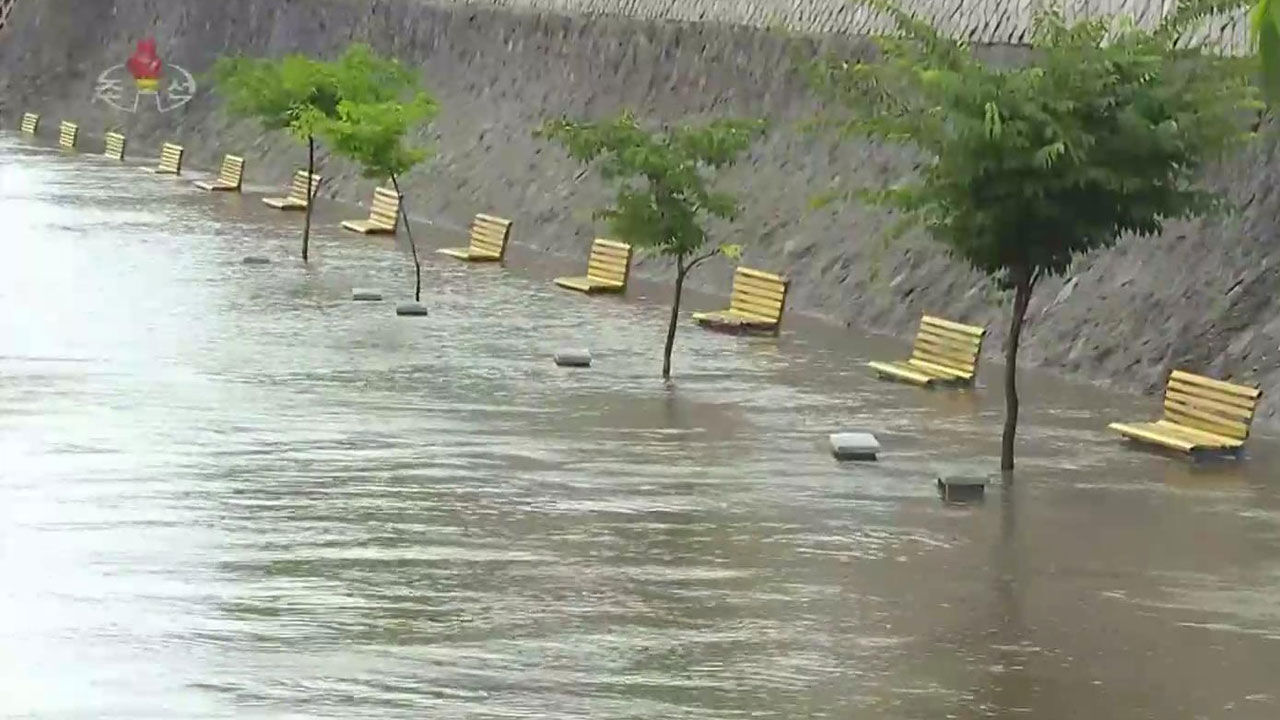 Let's learn about North Korea news for a week with Ahn Jung-shik, a reporter specializing in North Korea.

Q. How long has it rained in North Korea?

Heavy rain warnings have been issued in various places.

There were also floods and landslides, which we will see in the video.

It rained a lot in North Korea, but it rained especially in the capital Pyongyang.

It seems to be a place like our Han River high water site, and not only the sidewalks but also the benches were submerged in water.

I think this is where the store used to be, but this place was also flooded.

The water level on the Potong River, a tributary of the Taedong River, has also risen significantly.]

[Chosun Central TV: As of 5 o'clock on the 29th, the water level at the Potong River hydrologic observatory was 5.57 meters, exceeding the dangerous level of 5.46 meters.]

As you can see, you can even see people walking down the submerged road with umbrellas.

According to reports from the North Korean meteorological authorities, it rained more than 300 mm in Pyongyang, South Pyongan Province, and Nampo.

Q. How much damage was the rain in North Korea?

[Ahn Jung-sik, reporter specializing in North Korea: It seems that there will be considerable rain damage.

First of all, if you look at what North Korea is reporting, you can see that roads and rice fields in each region have been flooded.

You can see the soil collapsing on the road and restoring it due to a landslide, or the road itself being swept down by water and cut off.]

[Chosun Central TV: The road in front of Daegok-ri, Sepho-gun was cut off, and there was a soil avalanche on the bridges and roads. Then the car stopped running.]

[Reporter Ahn Jung-sik, specializing in North Korea: Also, there were cases where the embankment collapsed and the farmland was flooded.

However, it is not known whether this level of damage is all of the damage or whether there is more damage and not being disclosed.]

As a representative example, unauthorized discharge from North Korea's Hwanggang Dam can cause damage to us, so we asked for prior notice in case of release, but there is no response even though it seems that the actual release has occurred.

At the inter-Korean liaison office, the opening and closing calls are made once in the morning and once in the afternoon, but North Korea says there is no response.

So, in a state where inter-Korean relations are almost halted as it is now, it seems unlikely that North Korea will give notice.

So, when it rains like this, I think North Korea is releasing it without permission, and I think we should be fully prepared.]