"I will only be free when", the freedom dreamed of by Arab artists

Songs, dances, poems with a touch of humor. In an open-air seaside theater in Tunisia, young Arabs expressed through art their vision of a freedom that is often lacking in… 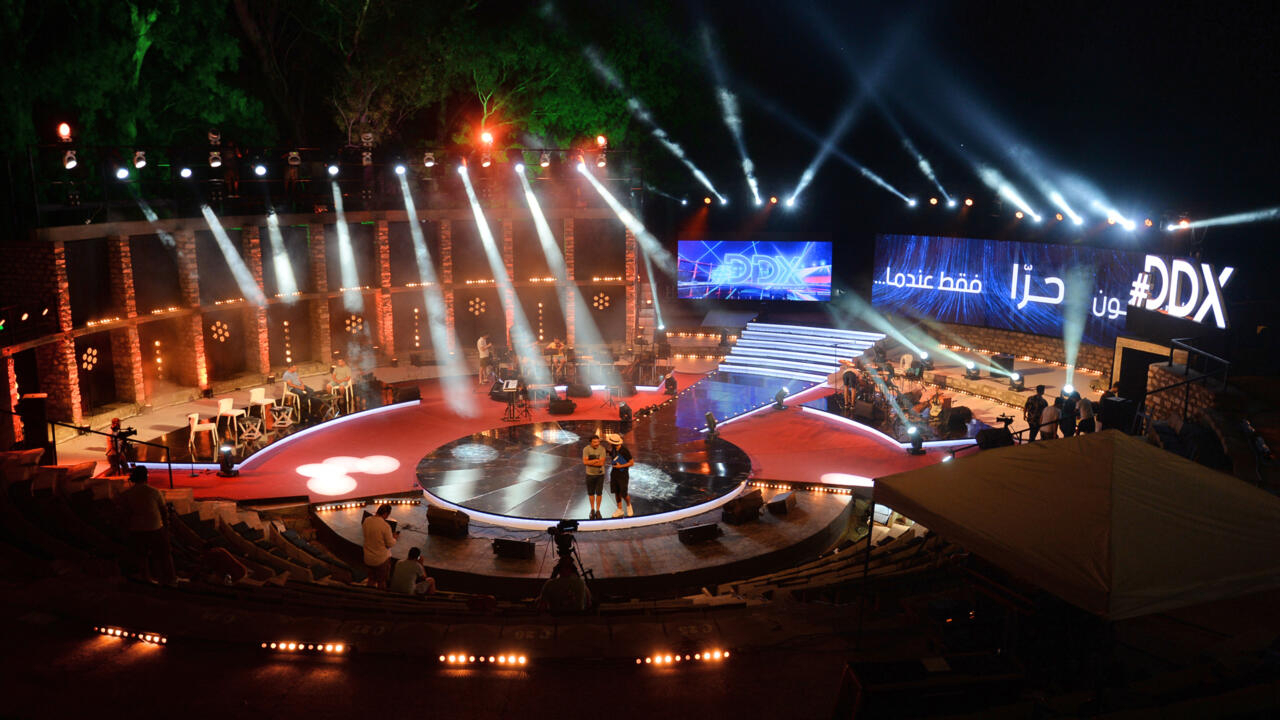 The show, organized this weekend in the seaside resort of Hammamet in the south of Tunis and broadcast live by twelve Arab television channels, honored the winners of an online competition consisting in completing with an artistic expression the sentence beginning by: "I will only be free when..."

Known as #DDX, the show is organized by the production group Munathara (Debate), created in the wake of the 2011 Arab Spring uprisings which raised high hopes for democracy in a region with an overwhelmingly young population. .

The ceremony, the 4th of its kind, paradoxically took place in Tunisia, the cradle of the Arab Spring, at a time when its young democracy has been faltering since the coup by President Kais Saied who assumed full powers in July 2021.

This event aims "to spark much-needed exchanges on rights, freedoms and societal change in the Arab world", the Algerian-German founder of Munathara, Belabbas Benkredda, 43, told AFP.

Participants in the #DDX show in Hammamet posing for a photo, June 24, 2022 SOFIENE HAMDAOUI AFP

The "great hopes" aroused by the Arab Spring have faded with an authoritarian takeover or civil conflicts and "optimism has given way to cynicism, including among young people", he regrets.

"Generation Z in the Arab world has reached political maturity in a context of despair and social division," he said.

"The freedom of young people is restricted and not only in the Arab world," said Syrian refugee and stand-up comedian Mohamed Al-Kurdi, 22, one of the 20 winners present at the ceremony.

Sitting at the edge of the stage illuminated by spotlights during a break, Mr. Kurdi, whose TikTok account "MidoKrdi" has more than 2.3 million subscribers, discusses in his sketches "the limits we impose on ourselves, fear of failure and fear of success: those things that hold back our freedom".

In this show, he teamed up with 22-year-old Lebanese Dana Ali Makki in a comedy about the relationship between a wife and her overbearing husband.

"I am free when I can say what I want, out loud, without being afraid of anyone. Free from all the restrictions that society imposes, especially on women," says Ms Makki, from Nabatiyeh in the south of Lebanon, to explain his vision of "freedom".

Despite the difficulties, the actress believes that young people in the Arab world enjoy more freedom than their parents.

"There is more and more rebellion against customs, traditions, religion and society," she said.

Mr. Benkredda believes that his show offers an alternative model for exchanges "in a region where public debates, even on fundamental rights, can be polarizing, especially on social networks".

The competition also served as a showcase for rising talents such as the Palestinian Ahmed Al-Qrinawi, who came from the Gaza Strip, an enclave under Israeli blockade.

This young 25-year-old poet taught himself to play the lute, of which he made a special model with seven strings with the help of a carpenter friend.

"I will only be free when I have a normal country, where death does not await me", says the first verse of his song.

"In Gaza, there is no freedom," laments Mr. Qrinawi.

"Freedom is not about food and drink. You can bring food to a bird that you put in a cage but it will still be in captivity."

For Ms. Makki, the Lebanese actress, the show was an opportunity to deliver another message.

"You can't sit at home with your arms crossed or remain silent. Learn to say no to oppression and repression," she says, showing a tattoo on her forearm: "Resist!".