"I prefer to take them on vacation": faced with inflation, the French buy less clothes

Inflation accelerated to 5.8% in June and could reach 7% in the fall. To save money, many French people are therefore cutting back on certain budgets and in priority on the clothing budget, including during the sales period which will last until July 19. 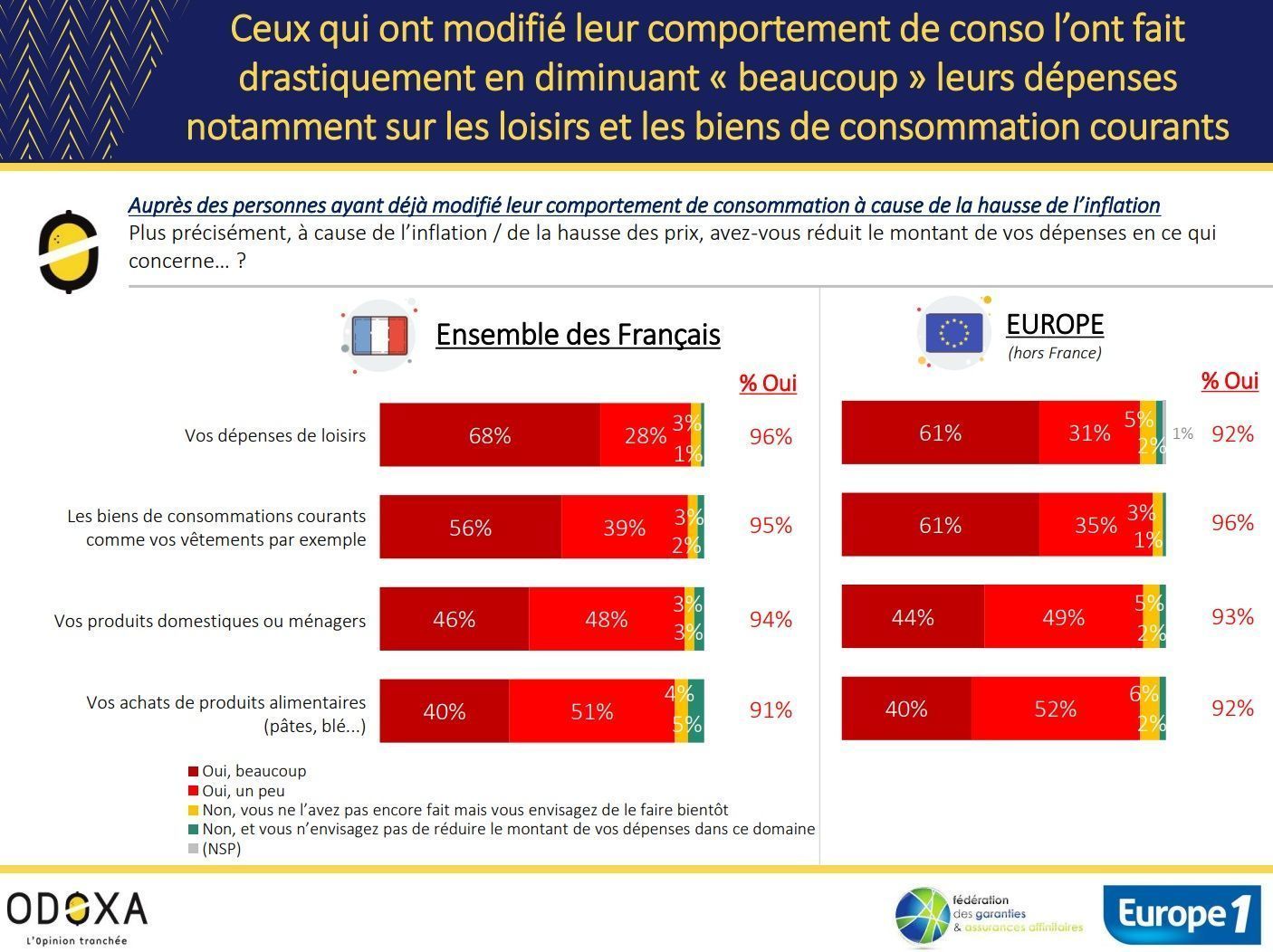 Inflation accelerated to 5.8% in June and could reach 7% in the fall.

To save money, many French people are cutting back on certain budgets and in priority on the clothing budget, including during the sales period which will last until July 19.

Inflation worries the French, according to an Odoxa poll, in partnership with Europe 1. More than 90% of French people are distressed by this price increase which now affects all of Europe.

Half of households have already started to change their consumption habits.

For example, six out of ten French people have reduced their purchases of everyday goods.

In this period of sales, is clothing escaping the crisis?

"For some time, I have been buying a lot on Vinted"

"I just bought shoes, that's all," says Rachel, a single bag in her hand, sneakers on sale which will be her only purchase of the season.

"Usually I also buy more for my children. I buy them one or two summer outfits, but this year I prefer to take them on vacation," she says.

- EXCLUSIVE - Purchasing power, holidays, real estate: what are the impacts of inflation for the French?

Same story with Karine, who now turns to second-hand clothes, especially to dress her eight-year-old daughter.

"You have to change almost every season, I collect clothes from friends, but lately I've been buying a lot on Vinted because it's cheaper and I find what I want," she says.

Gaëlle must manage to satisfy her 19-year-old daughter, a fashion fan.

Her technique is to track down bargains.

“We buy less or else we will buy cheap stuff instead, or else we go to the markets, or the sales or the clearance sale,” she explains.

For the moment, nothing interesting for the mother-daughter duo who leave empty-handed while perhaps waiting for a new markdown.

Balances that do not revive the frequentation of shops.

Visits are down 15% this month compared to last year, according to the Procos federation.

In France, spending on leisure is the most affected.

In total, 68% of those surveyed explained that they had considerably reduced their expenditure in this area.

Common consumer goods are also among the most affected, with 56% of French people surveyed saying they have reduced their purchases a lot.