United States: pass of arms between Republicans and Democrats after the migration drama in Texas

At least 51 dead, adults and children. Migrants were found on Monday June 27 in a semi-trailer in Texas, without water, no air conditioning and in scorching temperatures: 22 were… 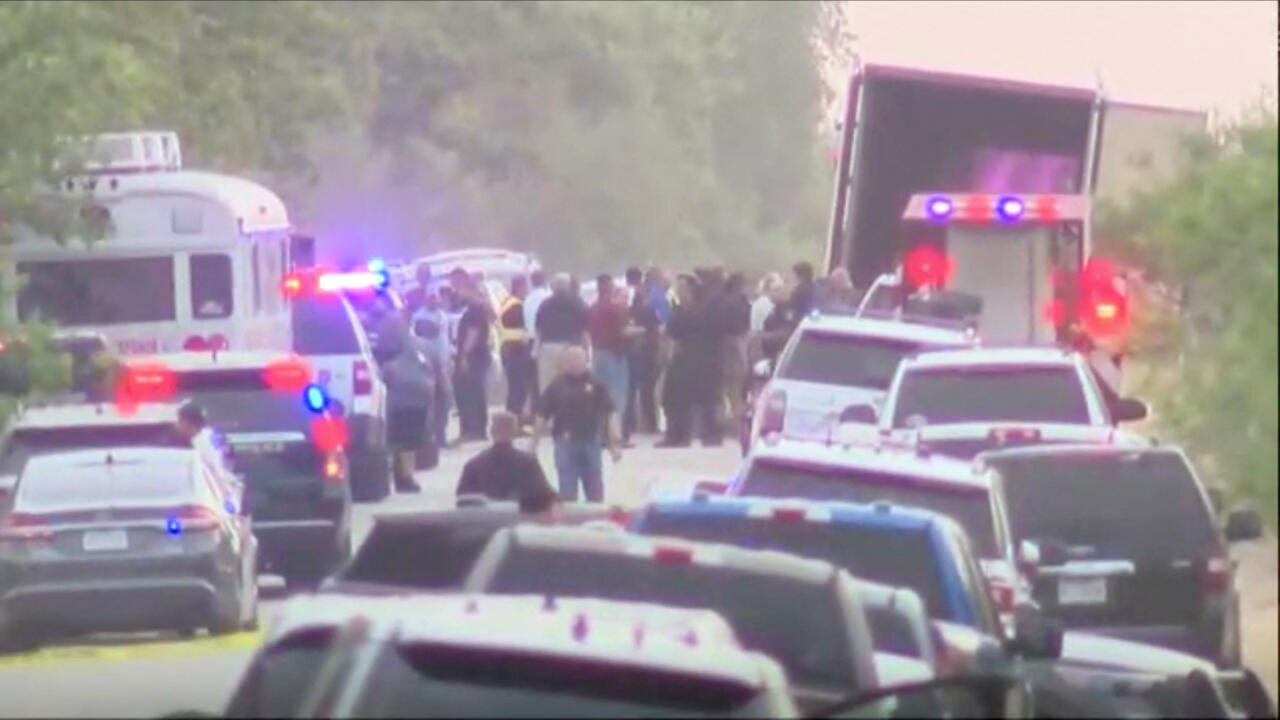 United States: pass of arms between Republicans and Democrats after the migration drama in Texas

Migrants were found Monday, June 27 in a semi-trailer in Texas, without water, no air conditioning and in scorching temperatures.

At least 51 dead, adults and children.

Migrants were found Monday, June 27 in a semi-trailer in Texas, without water, no air conditioning and in scorching temperatures: 22 were Mexican, seven from Guatemala, two from Honduras, the nationalities of the 19 others are not known.

Three people have so far been arrested.

This drama, like that after the Uvalde shooting, immediately took a political turn in Texas.

Republicans blame Joe Biden for it, with Democrats responding with compassion for families.

With our correspondent in Houston,

Barely 45 minutes after the macabre discovery, Texas Governor Greg Abbott accuses the American president on Twitter of being responsible.

The media then repeat his message on a loop: “

These deaths are to be attributed to Biden.

They are the result of its policy of open borders.

An opinion relayed by his supporters on Fox News, such as Tom Homan, the former director of the Office of Immigration and Customs Enforcement (ICE) under Donald Trump: "

The facts are that Biden's policies have enabled record immigration, and the more people there are who cross this border, the more there are deaths.

To read also: United States: dozens of migrants found dead in a truck in Texas

In 2017, ten migrants had already lost their lives in a truck in San Antonio.

And the number 2 of Texas, Dan Patrick, also attacked the Democrats then, with the same argument, but at that time Donald Trump was in the White House: "

Yet the current Democratic federal authorities have maintained all of Donald Trump's border measures.

Some by choice, others by court order, in particular Title 42, which came into force with the Covid, which allows migrants to be deported before they can apply for asylum.

For his part, the Democratic candidate who wants to become governor of Texas next November, Beto O Rourke, posted in a completely different tone: “