The former companion of Jeffrey Epstein Ghislaine Maxwell was sentenced to 20 years in prison on Tuesday June 28, in the United States, after being found guilty, at the end of 2021, of sex crimes and trafficking… 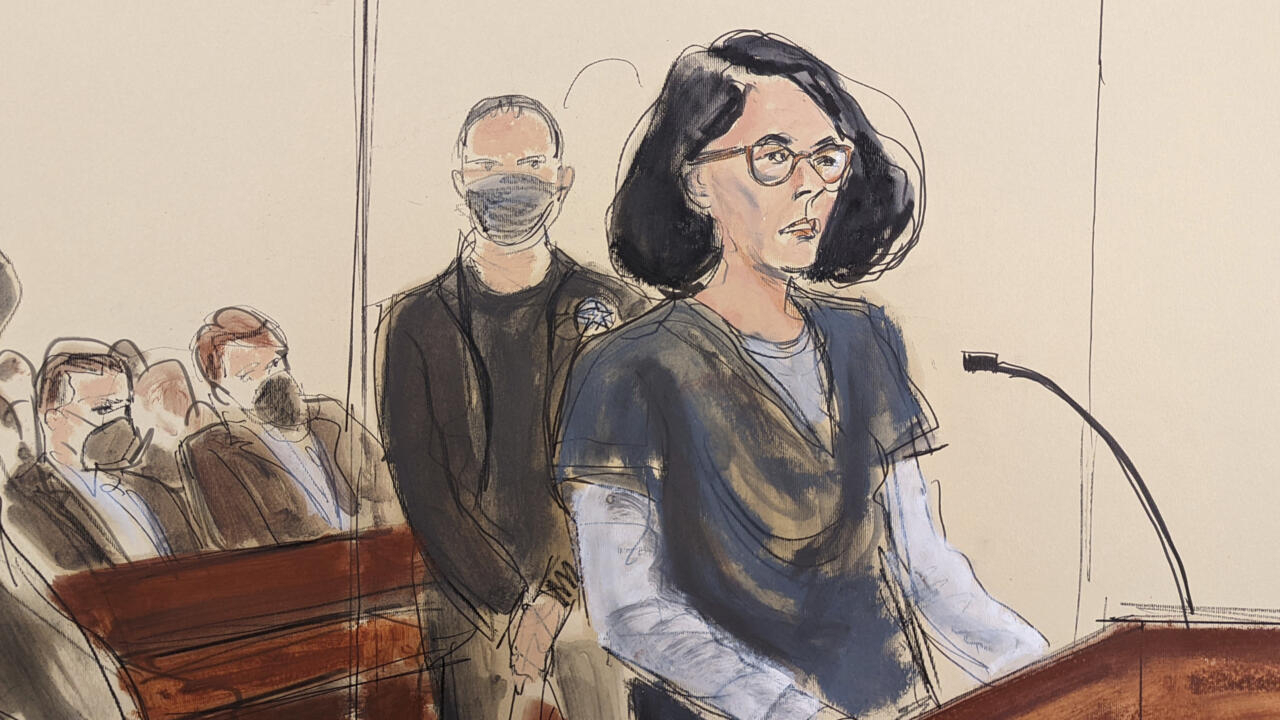 In a sketch, Ghislaine Maxwell speaks during her trial in New York, June 28, 2022. © Elizabeth Williams / AP

The former companion of Jeffrey Epstein Ghislaine Maxwell was sentenced to 20 years in prison on Tuesday June 28, in the United States, after being found guilty, at the end of 2021, of sexual crimes and sex trafficking of minors.

One of the victims' lawyers promised that the investigation would continue to identify other possible accomplices.

20 years in prison, $750,000 fine: when the sentence was announced, Ghislaine Maxwell remained impassive, surrounded by her lawyers.

A little earlier, she spoke, for the very first time

after years of silence

sorry for the suffering felt

But the former companion of Jeffrey Epstein was careful not to recognize the slightest crime, putting everything

on the back of the former billionaire

Sn lawyer Bobbi C. Sternheim has already indicated that she intends to appeal: “

My client, Ghislaine Maxwell, was attacked, pilloried, with no chance of being treated fairly.

Before announcing her decision, Judge Alison Nathan said Ghislaine Maxwell had been "

in the horrific system put in place by Jeffrey Epstein

For the victims, including Annie Farmer, this sentence is a relief: “

This sentence shows that it is never too late for the truth to come out and for justice to be done.

Ghislaine Maxwell should die in prison, because I have lived through hell for the

past 17 years because of what Ghislaine Maxwell, Jeffrey Epstein and all the accomplices have done to me.

I was raped many times, sometimes three times a day.

Now 60, Ghislaine Maxwell would be 80 at the end of her prison sentence.