A duo of ghosts: Romain Bardet and Thibaut Pinot, the leaders of the 1990 generation, resume their place in the Tour de France peloton, with intentionally limited but… 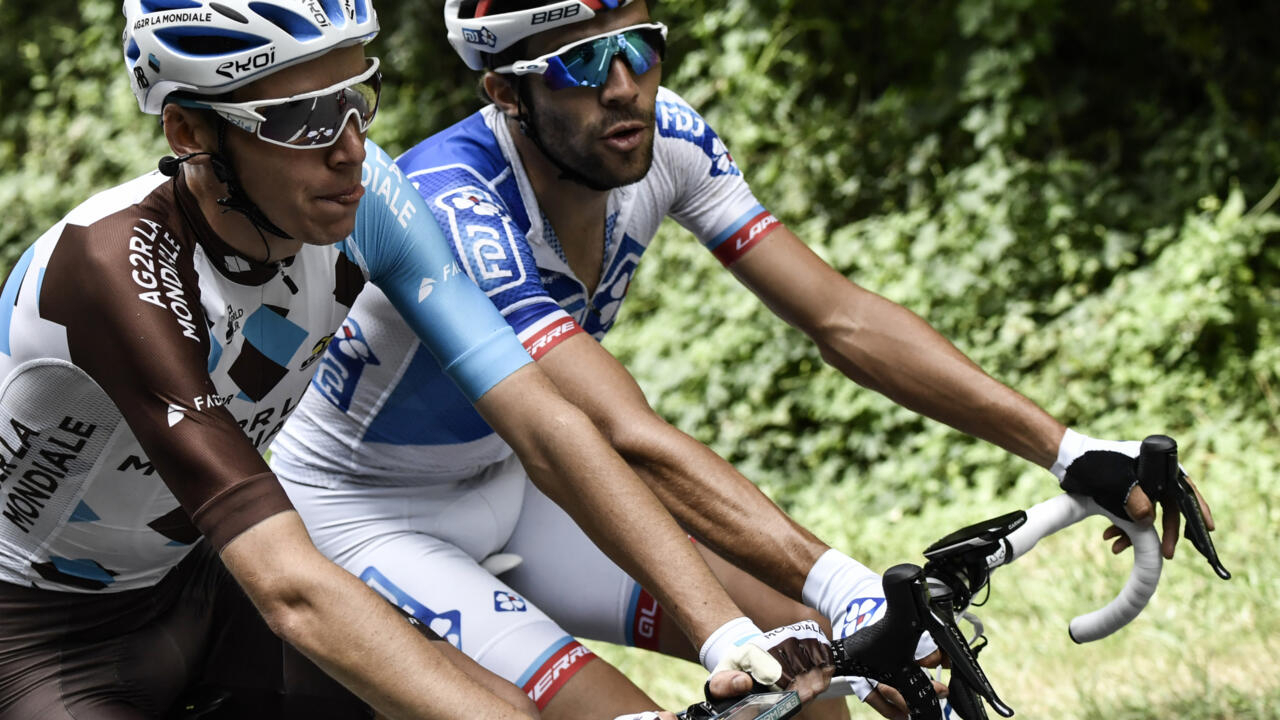 They failed last year, one (Pinot) to treat a back damaged by his fall during the previous edition, the other (Bardet) to favor two other great tours, the Giro and the Vuelta.

But, in their thirties, they have remained at the heart of national cycling, respected or loved by the public and the media who expect much more from them than they promise.

"It's a habit in France", notes Vincent Lavenu, the boss of the AG2R Citroën team which was Bardet's training until 2020.

"It's been so long since a Frenchman won the Tour (1985) that the expectation is very high. As soon as a rider points the tip of his nose, we make tons of it".

At the start in Copenhagen, Bardet and Pinot are the only French people who have already taken their place on the Tour podium, even if the performance is starting to date (2016 and 2017 for the first, 2014 for the second).

But they are careful not to proclaim such ambition for the 2022 Tour which marks their return in front of a waiting French public.

If Pinot contested 15 of his 42 days of racing this year on national territory, Bardet has not reappeared in competition, in front of his public, since October 2020. In his 102 days of racing outside France, he participated in two times at the Giro with varying success.

Seventh last year, he played the leading roles for nearly two weeks, in May, before giving up due to a + gastro +.

Compete in the mountains

"Physically, it took me a good while to recover," then explained the Auvergnat who has not raced since May 20, the day of his forced departure from the Giro.

"Even if it was hard to live with, it does not call into question all the work".

The French rider of the DSM team Romain Bardet goes to the presentation of the teams in Piazza del Plebiscito in Naples before the 8th stage of the Giro 2022, in Naples, on May 14, 2022 Luca Bettini AFP / Archives

Bardet prefers to be positive.

"I was at the level, able to fight with the best on a big tour", he believes without transposing the same level on the Tour de France which did not necessarily appear in his initial program, believe the rare information revealed by his DSM team.

The speech differs from that of Pinot transformed in this Tour into David Gaudu's "guardian angel" in the mountains.

Running from day to day, seizing opportunities, not thinking about tomorrow, having fun... the expressions, like elements of language, draw a reasonably ambitious profile that evokes more prestige stage successes, a goal as avowed by Pinot as a high general classification in Paris.

Nothing is forbidden however in this Tour, given the vagaries of the first week and the sorting that may be done among the candidates for the general classification.

With the essential physical and mental freshness, Bardet and Pinot (positive for Covid after the Tour de Suisse but finally fit) have the means to compete in the mountains.

The former was on a par with the best during the Giro, the latter won the queen stage of the Tour de Suisse.

In the absence of certainties, they nourish French hope so as not to limit themselves to David Gaudu alone.