They dragged him and his neck was broken.. Witness- The American police paralyzed a young "black-skinned" young man

The violence of the American police during their dealings with a black detainee paralyzed him, and instead of helping him and transferring him to the hospital, he was put in prison, before discovering what had happened to him. 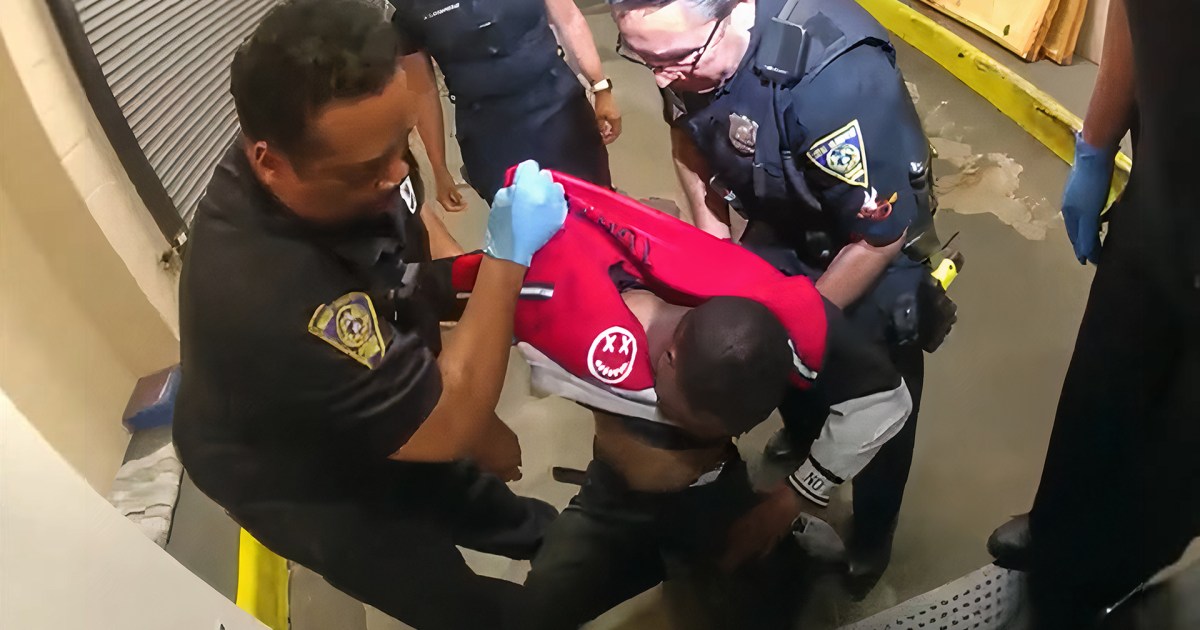 A black American young man was injured and paralyzed while being transferred to a detention center in the American city of New Haven in Connecticut, which sparked a wave of anger in the state and demands that the police and those responsible for his injury be held accountable.

The young Richard Cox, 36, was arrested last Sunday night on charges of possession of a weapon without a license, and when he was taken to the police station, he was put in the police vehicle without a seat belt.

A video clip revealed by the city police - yesterday - Tuesday - showed the moment Cox was injured, as the driver of the police vehicle had to stop suddenly to avoid a traffic accident - according to the state police - which led to the arrested young man slipping and hitting his head hard, breaking his neck.

The video clip documented Cox's appeal to the driver of the vehicle as soon as he was injured, as he kept shouting, "Help, help me." You will come to the detention center.

When Cox could not get out of the police car upon its arrival at the detention center, the officers dragged him from the car, urged him to get up, and repeatedly tried to show the police that he could not.

The policemen thought that Cox had drunk too much, and one of the police officers kept asking him, "Have you been drinking too much? How much did you drink?"

The police tried to put Cox in a wheelchair, but the injury prevented him from being able to sit on the chair, and the officers continued to order the young man to get up and control himself.

This video is HORRIFIC!

Randy Cox was put in a police van without seatbelts and, after an abrupt stop, was thrown into the wall HEAD FIRST.

We literally witness his neck break!

As he was STILL lying on the van floor, he told the officers that he couldn't move.

What did they do?

When one of the policewomen inquired about his safety, her colleague replied, "He's fine," before the ambulance arrived and took him to the hospital, where he underwent surgery.

It is noteworthy that the killings of black Americans by policemen have received great attention in recent years, especially after the killing of George Floyd in 2020, after a white policeman knelt on his neck until they suffocated in Minneapolis.

George Floyd's name, along with others, became a slogan for the "Black Lives Matter" movement during the major anti-racism demonstrations in 2020.

According to media reports, the police granted two employees paid leave, while they transferred 3 others from their places of employment, and opened an investigation into the accident.

US attorney Ben Crump, who is handling the case, said: "Randy was brutalized when the police should not have done it. Cox continues to fight for his future now. Forever, he needs those responsible to be held accountable."

Social networking sites were buzzing with interactions demanding justice for the injured 30-year-old detainee, and one of the tweeters said, "This is brutal. How can you put him in the vehicle without safety measures? And ignore his obvious medical conditions."

Randy Cox is now paralyzed and requires a feeding tube.

As you watch this – remember one thing: When he sues this PD for justice, the officers will argue that they have qualified immunity protecting them and that his case ought to be dismissed.

Another tweeter wrote, "This video is soul-crushing, how can all the policemen witness the condition of this handcuffed man and not believe that he is seriously injured? How can they all assume that he is fine? And that he is just uncooperative and drunk? Why did none of them show any pity for me? ever?"