The ocean "soup of microbes" scrutinized by researchers and the Navy

From 10 to 100 billion living organisms populate each liter of seawater. But this "ocean microbiome", which has made the planet habitable, remains largely unknown. A scientific mission carried out… 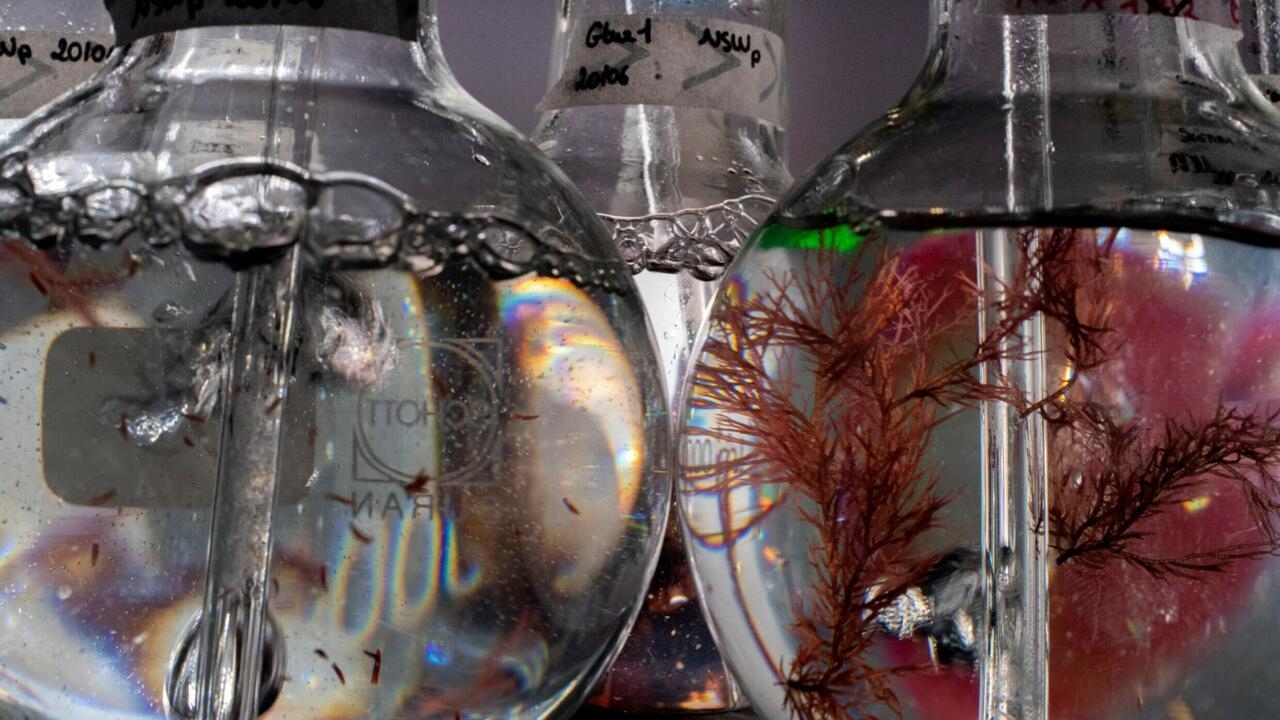 "The microbiome of planet Earth is the subject of the century," says Colomban de Vargas, CNRS research director at the Roscoff biological station (Finistère).

This Swiss "obsessed with exploration" has undertaken to map ocean plankton, this great "soup of microbes" made up of viruses, bacteria, prostites, animals, etc.

These "invisible forests", navigating with the ocean currents, have made the planet habitable, by producing most of the oxygen we breathe.

"Biodiversity is above all microbial. For three billion years, there were only microbes", points out the researcher.

However, "we don't know who we live with, how many microbes there are on Earth".

Drawing lessons from the "Tara Oceans" mission, which has already carried out 220 measurements of marine micro-organisms, Colomban de Vargas and his research colleagues want to implement a "cooperative, frugal, planetary and sustainable measurement" of this invisible life of the ocean.

In the long term, it is a question, via the Plankton Planet project, of entrusting inexpensive measuring instruments and sensors to the tens of thousands of sailboats, merchant ships or goods transport boats that criss-cross the planet.

This in order to understand "the adaptation of the living in the face of the brutal changes" imposed by human activities.

"It's not easy because the measurement has to be homogeneous. Everything will depend on the quality of this measurement", underlines Colomban de Vargas.

This is where the Bougainville mission comes in, carried out in cooperation with the French Navy, in order to consolidate the reliability of the "frugal sensors" of plankton.

In the wake of explorer Louis-Antoine de Bougainville's world tour on La Boudeuse in 1766-1769, ten Master's students at Sorbonne University will embark on board French Navy ships as "biodiversity officers".

"It's important to experience the ocean when you study it," says Admiral Christophe Prazuck, director of the Ocean Institute at Sorbonne University, who made the link between the Navy and the world of research.

The students will thus crisscross the 11 million km2 of oceanic France (20 times the land of France) in the Indian and Pacific oceans, aboard three overseas support and assistance vessels (BSAOM).

Former Chief of Staff of the Navy, Mr. Prazuck also sees in this mission an operational interest for the crews.

"When you observe your environment, you become a better sailor", he underlines.

"In the Navy, we have a fairly important tradition of scientific research," adds Captain Éric Lavault, spokesperson for the French Navy.

"Naval officers have this double hat of warriors and scientists".

After tests off Brest, the first students will embark in September 2023, then collect thousands of biological data (images and DNA) until 2025. "It's reassuring to start with the Navy because we know that will be square", rejoices Colomban de Vargas.

Plankton observed under a microscope at the Roscoff biological station, in Finistère, on June 23, 2022 FRED TANNEAU AFP

The data collected, "hundreds of billions of plankton images and DNA sequences", will be stored in databases, open to researchers around the world.

They will make it possible to monitor the health of marine ecosystems and their evolution according to pollution or global warming.

The researchers also want to study the migration of zooplankton at several hundred meters depth during the night, described as "the greatest movement of biomass" on the planet and which would be one of the engines of the "carbon pump" participating in CO2 sequestration in the ocean.

The cost of the mission, which must be financed by sponsors, is estimated at 900,000 euros for the first three years.