Laura Borràs leans into the abyss. Her continuity as president of the Parliament and her political future hang in the balance after the High Court of Justice of Catalonia ... 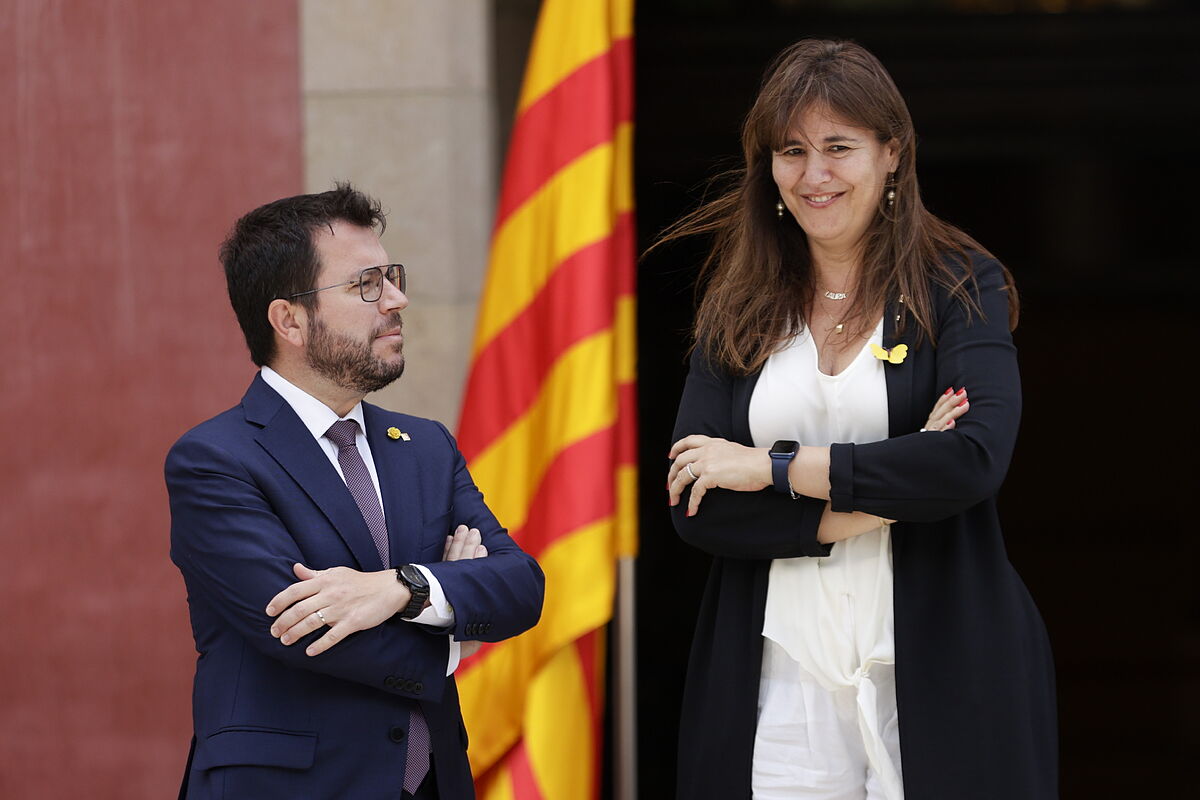 leans into the abyss.

Her continuity as president of the Parliament and her political future hang in the balance after the Superior Court of Justice of Catalonia (TSJC) has decided to prosecute her, leaving her one step away from being tried for four crimes of corruption.

The High Court has requested the Prosecutor's Office to present an indictment within ten days, the last procedure for the opening of an oral trial against the recently elected president of Junts, replacing

The magistrate has closed the investigation and prosecuted Borràs for the crimes of prevarication, fraud, continued embezzlement and false documentation during his time as a senior position of the Generalitat in the Institució de les Lletres Catalanes, which he directed between March 2013 and February 2017 .

It is the second time that the investigating judge prosecutes the president of the Parliament, who on the first occasion appealed the magistrate's decision alleging that he had not been offered enough time to defend himself, forcing him to open a new round of interrogations Which has ended with the same outcome.

According to the judge, the evidence "would show" that Borrás "abused" her functions as director of the Institució de les Lletres Catalanes, issuing "unfair resolutions" to award 18 minor contracts, "with full awareness" that "they were in contradiction with the requirements of the legislation regulating public sector contracts", to "favor" his friend, the also accused Isaías H.

are "sufficiently solid indications" to demonstrate that both agreed to "defraud" the body dependent on the Generalitat.

Maneuver to shield your seat

If the opening of an oral trial against Borràs is confirmed, he would lose his institutional position.

The Parliament's regulations are clear and establish in its article 25 that the Table "must agree to suspend the rights and duties of parliamentarians immediately once the act of opening the oral trial is final in cases in which the accusation either for cases related to crimes of corruption.

Borràs herself has been maneuvering for months to try to modify the Parliament's regulations in order to be able to keep her record after the opening of the oral trial, but Junts has not obtained the support of any political force and the ruse has remained dead.

Neither the ERC nor the CUP have swallowed Borràs' argument, considering that her case cannot be framed in the alleged judicial persecution against the independence movement, since it is a case of corruption.