"Cool!", exclaimed more than one guest when contemplating the paintings. Pedro Sánchez welcomed his guests one by one to the Euro-Atlantic dinner held in ... 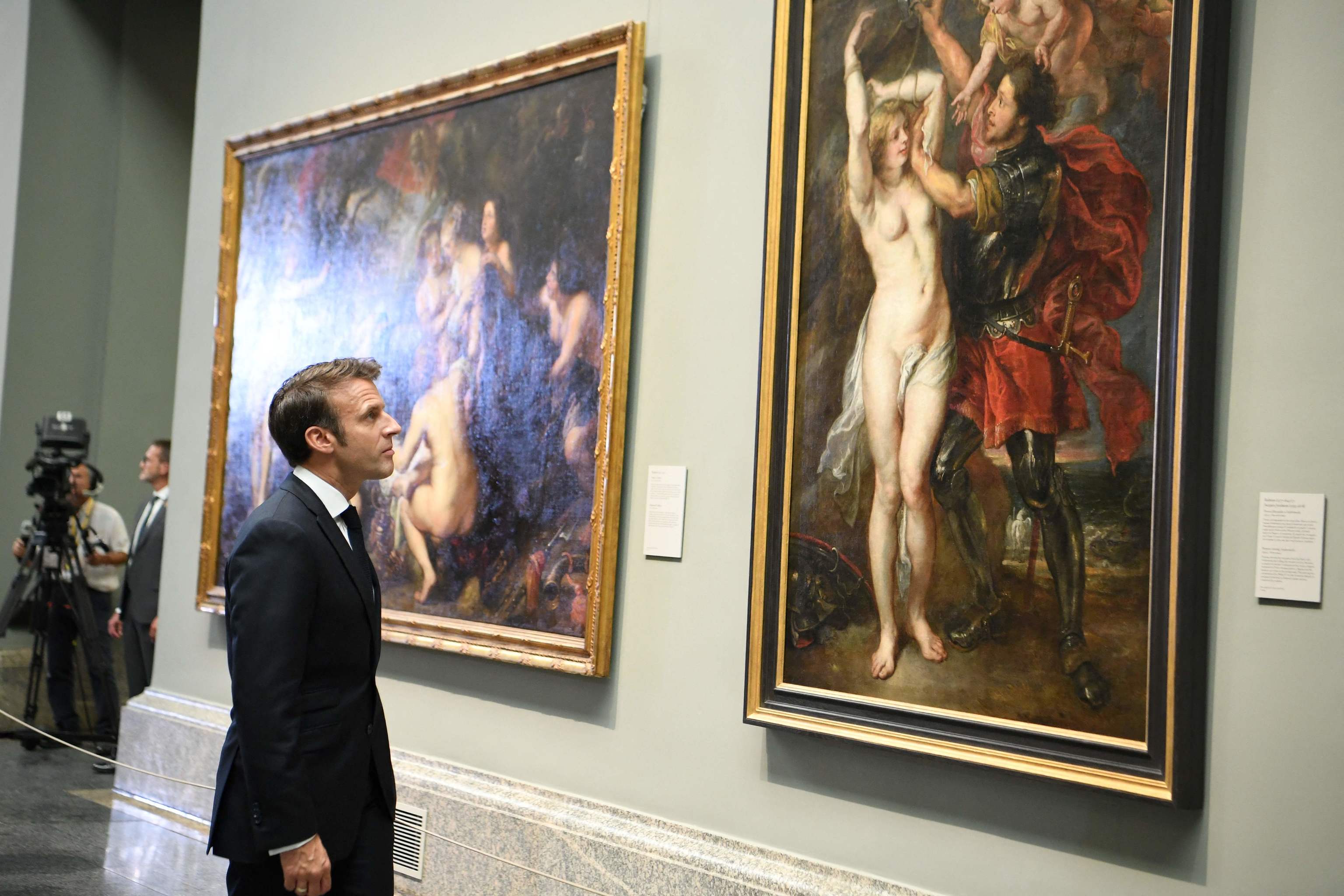 "Cool!", exclaimed more than one guest when contemplating the paintings.

The first to arrive, Emmanuel Macron and his wife.

The French president made several attempts until he finally got around the greetings and conversations and was able to walk alone for a few minutes to contemplate the paintings.

Minutes later, the one who wanders alone in front of the paintings was Boris Johnson.

The Prado Museum hosted the first Euro-Atlantic dinner held on the occasion of a NATO summit.

In the Government, maximum importance was granted to this meeting because, they argue, "it is the first time that this format is organized," government sources emphasize.

And they say: "This dinner is a success for the president."

Sánchez wanted to be the first host of a meeting that brought together the Heads of State and Government of the Euro-Atlantic countries and for this an unparalleled setting was sought:

Sánchez acted as an exultant host.

, Secretary General of NATO, and to

just a foot away from it.

A painting that also hypnotized Macron and under whose gaze the family photo was taken.

Not only because he makes sure to appear in the annals as the first president to promote a Euro-Atlantic working dinner, but because the first day of the summit met his expectations.

there is satisfaction because they consider that the new Strategic Concept includes "all" their demands.

Emmanuel Macron observes one of the exhibited paintings. AFP

There is a look to the south flank.

Allusion that they consider valid in the Government.

, there is no express reference, but the commitment "to defend every centimeter of allied territory, preserve the sovereignty and territorial integrity of all allies" they believe clears up any doubt.

While some of the most powerful men in the world enjoyed a lobster gazpacho with summer vegetables scented with basil and virgin olive oil and lamb shoulder cooked at low temperature with lemon puree, the foreign ministers held another working dinner to treat exclusively the southern flank.

Boris Johnson, during his visit to the Prado before the start of the dinner.AP

, were two of the great protagonists at the Prado.

The Spanish chef José Andrés, who was in charge of the menu at the request of Sánchez, presented them in case there was someone clueless who could not identify them.

Joe Biden or Macron held conversations with them.

After 8:45 p.m., the diners were taking their seats in the Jerónimos Cloister.

A square table mounted on a raised platform.

Microphones at each site.

The last to sit at the table, Biden.

His place, to the left of Sánchez.

Flags of Spain, NATO and the

It is the image that Sánchez and the Government wanted: the photo of the "unity and cohesion of the European partners with the transatlantic allies".

A message of "strength and cohesion" in the face of the Russian threat.