Korea, US and Japan summit meeting for the first time in 4 years and 9 months... "Strengthening triangular air conditioning"

The Korea-U.S.-Japan summit was held for the first time in five years. At the summit, President Yun Seok-yeol emphasized the need for trilateral cooperation for resolving the North Korean nuclear issue and for world peace. Correspondent Park Won-kyung. 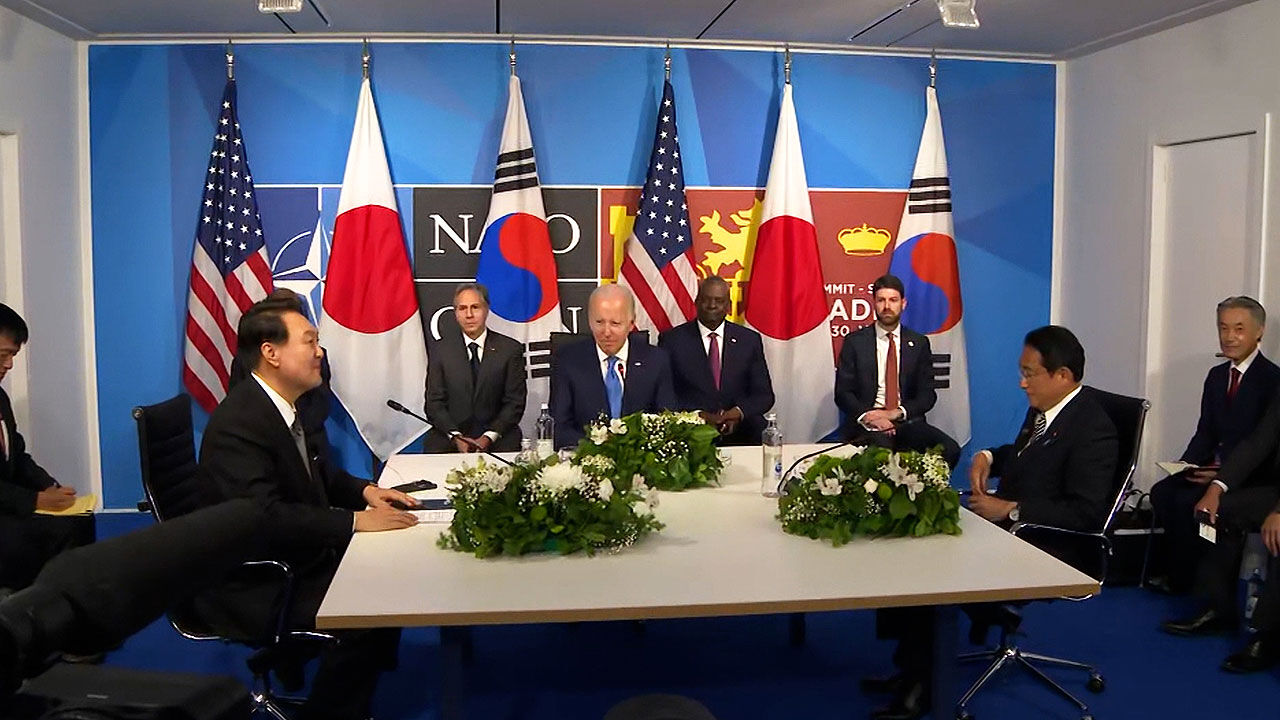 The Korea-U.S.-Japan summit was held for the first time in five years.

At the summit, President Yun Seok-yeol emphasized the need for trilateral cooperation for resolving the North Korean nuclear issue and for world peace.

The three leaders emphasized the need for cooperation in response to North Korea's ballistic missile launch and nuclear test.

[President Seok-Yeol Yoon: The importance of cooperation between South Korea, the United States and Japan has grown in a situation where North Korea’s nuclear and missile threat has become so sophisticated and the international situation has grown instability.]

[President Biden/USA: As this type of dialogue continues, our triangular cooperation has strengthened. I hope that it will be possible.]

[Kishida/Prime Minister of Japan: Even in the event of a nuclear test (North Korea), I would like South Korea, the US and Japan to respond together, including joint exercises.]

Prior to the Korea-U.S.-Japan summit, President Yoon met separately with the heads of countries invited as NATO partners such as Japan, Australia and New Zealand to discuss ways to cooperate between the four countries.

[President Yoon Seok-yeol: I became convinced that Prime Minister Kishida and I could become such a partner who can solve the current issues between Korea and Japan and develop bilateral relations for the future common interests of both countries.]

Meanwhile, President Yun's wife, Kim Kun-hee, participated in the Spouse program hosted by the Spanish royal family, including a visit to the Sofia Museum.

After holding summit talks with the Czech Republic and Britain today, President Yoon concludes his five-day, three-night tour to Spain with a meeting with NATO Secretary-General.