In the format "144 to 144": the DPR and Ukraine held an exchange of prisoners of war

The authorities of the Donetsk People's Republic and Ukraine held an exchange of prisoners. The parties exchanged 144 people each. According to the head of the DPR, Denis Pushilin, 144 fighters of the DPR and the Russian Federation are returning home, among them “very valuable servicemen” and mobilized fighters. He also wished recovery to the military transferred by Kyiv, who took part in the special operation. 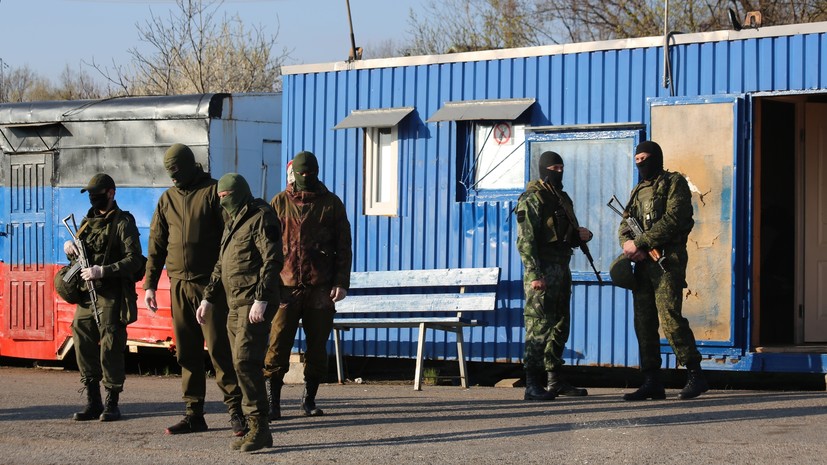 On Wednesday, June 29, the Donetsk People's Republic and Ukraine held an exchange of prisoners in the format "144 to 144", said the head of the DPR Denis Pushilin.

“Today, we are returning home 144 fighters of the Donetsk People's Republic and the Russian Federation who were captured by the enemy.

We handed over to Kyiv the same number of prisoners from the armed formations of Ukraine, most of whom were wounded.

Several of them are ordinary nationalist battalions, their condition is deplorable: severe injuries, with amputation of limbs and other complications, ”Pushilin wrote in his Telegram channel.

According to him, among those released from Ukrainian captivity there are “very valuable” servicemen and mobilized fighters.

As the Donetsk News Agency points out, this is the first case of an exchange of prisoners between the DPR and Ukraine since the start of a special military operation.

In the Main Intelligence Directorate of the Ministry of Defense of Ukraine, the exchange was called "the largest."

Letter from the father of a Moroccan mercenary

The father of Moroccan Ibrahim Saadoun, who was sentenced to death in the Donetsk People's Republic, turned to Vladimir Putin with a request to contribute to his pardon.

The letter is at the disposal of RT Arabic.

As Taher Saadoun pointed out, his son came to Ukraine in 2019 to study.

According to him, Ibrahim, due to lack of life experience and lack of parental control, could not choose the right circle of his communication.

“In 2021, due to Ibrahim’s young age and his lack of life experience, he was fraudulently recruited into the Ukrainian army on a contract basis.

However, he did not notify us and did not consult with us.

The environment of Ibrahim contributed to the formation of another personality in him, fueled by his youthful enthusiasm and youthful denial of established norms, ”the appeal says.

According to the man, Ibrahim did not inform them that he fought on the side of the Armed Forces of Ukraine on the front line in eastern Ukraine.

At the same time, communication with him was lost in March 2022.

It also came as a surprise to the family that the young man was captured.

“Dear Vladimir Vladimirovich, we really hope that you will help pardon our son and return a smile and calmness to our family, which believes that Ibrahim got involved in this war completely in vain,” Taher Saadoun added.

According to the press secretary of the President of Russia Dmitry Peskov, the Kremlin has not yet seen an appeal from the Moroccan father, who was sentenced to death in the DPR.

Vladimir Putin is currently in Ashgabat, where the 6th Caspian Summit is taking place.

Syria recognized the independence of the DNR and LNR

Damascus has decided to recognize the independence of the Donetsk and Luhansk People's Republics, the SANA news agency reports, citing the Syrian Arab Republic's Foreign Ministry.

“Embodiing the common will and desire to improve relations in all areas, the Syrian Arab Republic has decided to recognize the independence and sovereignty of both the Luhansk People’s Republic and the Donetsk People’s Republic,” the statement says.

It is noted that in the near future, Syrian diplomats will establish contact with representatives of both republics "to agree on a framework for strengthening relations, including the establishment of diplomatic relations in accordance with established norms."

On June 16, the head of the Donetsk People's Republic, Denis Pushilin, reported that Syrian President Bashar al-Assad announced the start of the procedure for recognizing the DPR by Damascus.

In addition, Assad, in an interview with RT Arabic, explained the reasons why Damascus supported the Russian special operation in support of Donbass.

On February 21, Vladimir Putin signed decrees on Russia's recognition of the independence of the Donetsk and Lugansk People's Republics.

Also on russian.rt.com Establish diplomatic relations and ensure the maintenance of peace: Putin signed decrees recognizing the DNR and LNR

The situation in the Lisichansk area

On the night of June 29, about 500 Ukrainian soldiers and 74 mercenaries left Lisichansk for the Seversk region, said Vitaly Kiselyov, assistant to the head of the Ministry of Internal Affairs of the Lugansk People's Republic.

At the same time, according to him, mercenaries from American private military companies (PMCs) fully control the actions of the Ukrainian group, which is now in Seversk.

“At the moment, there are six battalions of the Armed Forces of Ukraine in Seversk, and foreigners are also arriving.

The personnel of the Armed Forces of Ukraine live in “abandoned houses” and apartments, ”he wrote in his Telegram channel.

He also said that a number of Ukrainian battalions were going to leave Seversk in the near future.

Earlier, the Ministry of Defense of the Russian Federation indicated that the Ukrainian military near Lisichansk was deserting due to problems with food and hunger.

LPR Ambassador to Russia Rodion Miroshnik, in turn, reported on the many Ukrainian militants who had surrendered in Lisichansk.