Expert on the agreement with Turkey: 'Very unusual agreement'

On Tuesday, Turkey abandoned its veto against Swedish and Finnish membership of NATO. The agreement is seen as a political success for Sweden and Finland - as well as for Turkey. But there are even more question marks surrounding the deal. - Now that Turkey says it is satisfied, one wonders if Sweden has won anything more than a membership in NATO, says Michael Sahlin, former ambassador to Ankara. 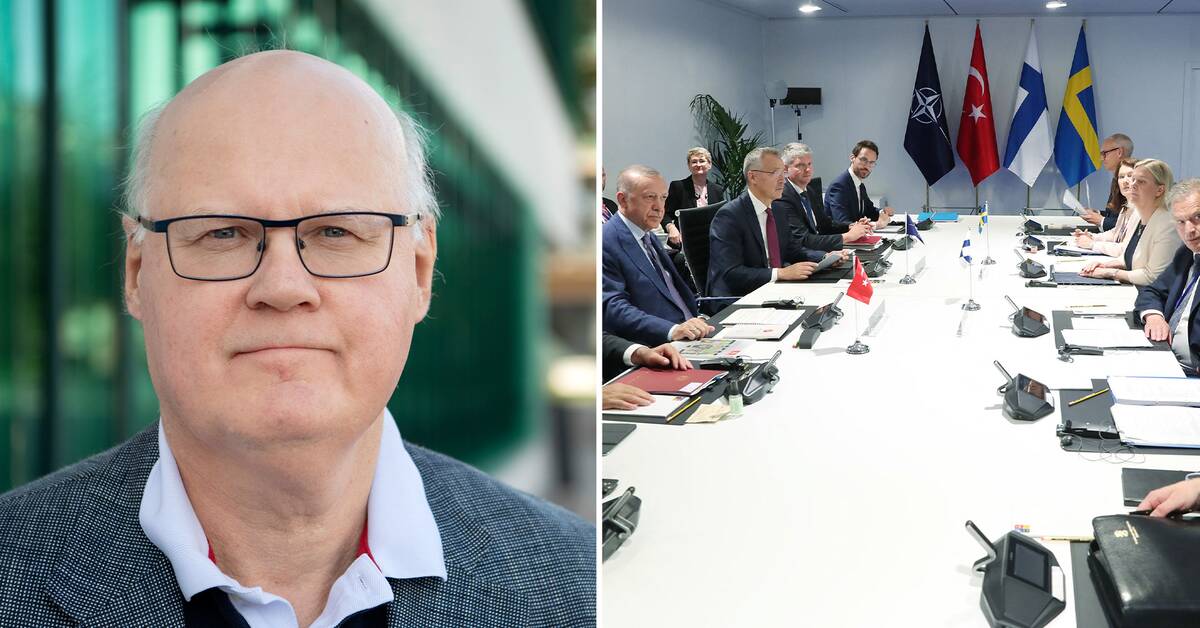 These are some of the demands that Turkey places on Sweden and Finland.

During the day, the Social Democrats were forced to publicly confirm that they are behind the agreement, something that has met with strong criticism from, above all, the Left Party and the Green Party.

- This is a very unusual agreement, Sweden is not used to cooperating with a state that has some democratically dubious elements such as Turkey, says research leader at the Foreign Policy Institute Jan Hallenberg.

- The most important thing for Turkey is that Sweden and Finland have special security problems and that they are taken seriously, he continues.

Unspecified requirements can be a problem

A document on NATO's website now contains the entire agreement between the three countries.

Something that has attracted attention is that many of the requirements are relatively ambiguous and leave much room for further interpretation.

According to Michael Sahlin, former ambassador to Ankara and State Secretary at the Ministry of Defense, this could present bigger problems than the Foreign Ministry claims.

How big is the risk that you will interpret the different requirements, such as the handover list, differently from the Swedish and Turkish side?

- Of course you want to tone down that risk, but I think that risk seems quite large.

It is clear that one has contented oneself with ambiguity as a diplomatic means of being able to agree now.

But it must be remembered that Turkey could claim that it has not said the last word yet, as the decision must also be approved by the Turkish Parliament.

Can you say something about who has had to give in?

- Sweden and Finland are the ones who have needed things and Turkey has been the offensive party.

It is clear that now that Turkey says it is satisfied, it asks itself whether Sweden has won anything more than a membership in NATO, he says.