A judge's accusation of killing and mutilating his wife, the announcer, raises controversy in Egypt

A wide controversy witnessed in the communication sites in Egypt following the announcement of the killing of a broadcaster whose husband reported her disappearance a few days ago, but the Egyptian prosecutor accused the husband who works as a judge of committing the crime, while press reports questioned the husband's wealth. 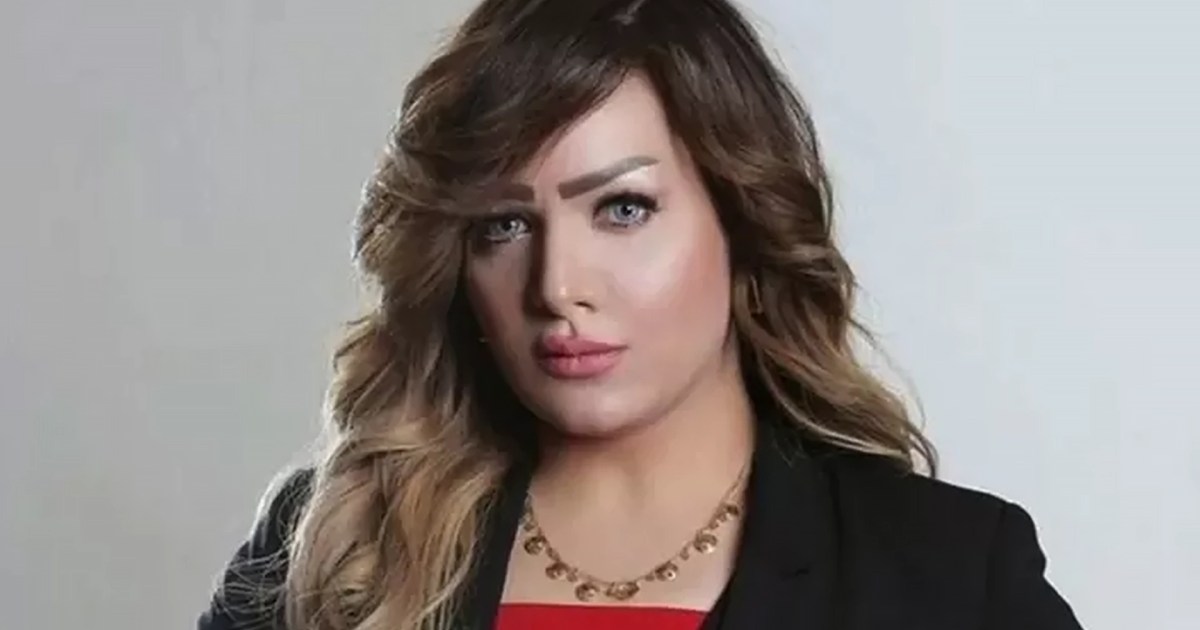 A wide controversy witnessed on the communication sites in Egypt, following the announcement of the killing of a broadcaster. Her husband reported her disappearance a few days ago, but the Egyptian prosecutor accused the husband who works as a judge of committing the crime.

The position of the husband, Ayman Hajjaj, who was Vice-President of the State Council (Egyptian Administrative Court) and Deputy Judges Club of the Council, was not the only reason behind the great interest in the incident, but also its ugliness was a reason for that interest.

According to press reports, the husband killed the announcer, Shaima Jamal, by hitting and suffocating the head, before using acids to distort the face and upper body, to hide her features so that she would not be recognized, and buried her inside the villa that witnessed the incident.

The Egyptian newspaper, “Al-Shorouk”, stated that it had obtained pictures of the moment when the announcer’s body was found, but it refrained from publishing it for its outrage, and out of respect for the media honor charter, explaining that the announcer’s body was subjected to deliberate distortion and representation, which led to completely concealing her features, as her head and other parts of her body were burned. with caustic substance, and the notifying witness said that it was fire water.

Media reports and activists also talked about the wealth of the husband who fled and his judicial job prevents him from doing business.

Confession of the accused partner

The Egyptian Public Prosecution revealed that she was investigating the report of the announcer's disappearance submitted by her husband, while a person submitted to testimony and confirmed his connection to the victim's husband, and expressed his desire to make statements revealing the husband's involvement in the killing of his wife following differences between them, confirming that he watched the circumstances. The crime of murder and his knowledge of the place of burial of her body.

After the investigations that suggested the truthfulness of his account, he was guided to the burial place of the announcer, Shaima, and indeed he was found, as this person who led the place confessed his participation in committing the crime, and the Public Prosecution ordered his detention for 4 days pending investigations that are being completed.

Because the victim’s husband was a member of one of the judicial authorities, the Public Prosecution obtained permission from that authority to investigate the incident and ordered the husband’s arrest and bringing him, however, activists circulated news of his escape outside the country.

The killing of the announcer # Shaima_Jamal at the hands of her husband.. The Public Prosecution's statement about the details of the incident pic.twitter.com/vpD8zDeKiW

The arrest of the advisor

The judge in the State Council after lifting his immunity for accusing him of shooting dead his wife, Shaima Jamal, and burying her inside his private villa.

The accused of killing the media #Shaima_Jamal

📌 Vice President of the State Council

📌 Vice President of the State Council Judges Club 📌 Head of the

📌 Member of the Supreme Elections Committee For

Controversy despite the ugliness of the accident

The death of the Egyptian broadcaster in this shocking way sparked the sympathy of the pioneers of social networking sites with the dead woman, and sadness dominated the tweets of many.

But sadness was not the only reaction to the incident, as some talked about the announcer’s previous work and her search for fame and excitement at the expense of professionalism and the requirements of the profession, and a number of them published videos of the announcer claiming drugs on the air, and other clips that led to her suspension from work earlier. .

Some of them also dealt with publications and videos of her that incitement against members of the Muslim Brotherhood, and others in which she spoke about her testimony in the case of the Kerdasa events, in which a number of residents of the region were sentenced to death based on her "false testimony", according to their claim.

And other tweets circulated a video clip of the dead anchor, in which she advises the women to quickly escape from the “marriage” house, in the event of problems with the husbands so that the dispute does not develop and leads to murder.

In the clip, the announcer said that her constant advice to any wife who is beaten is to run away rather than wait for death.

There is no power and no strength except with God.. as if a deadly virus called madness kills people's minds, may God have mercy on you #Shaima_Jamal

A new crime against women in

Egypt..the killing of the announcer #Shaima_Gamal and news of the arrest of her husband, who works as an advisor in the State Council, on charges of her murder..when

will the crimes against women stop in our miserable east?

And when will the consciences of some sheikhs and clerics wake up and improve their view and the view of their supporters on females? #Stop_Killing_Women

Anchor #Shaima_Jamal witnessed false witness in her life against the innocent Kerdasa, she filmed them, reported them and led them to execution, and she was telling jokes about Ashmawi, who made offers for the Brotherhood

The comparison is to take cues and lessons, not to gloat at all

The most famous episode of the dead submerged anchor, Shaima_Jamal, was about heroin and came from her, so she represented how to smell heroin and this caused a disaster the next day because of her, she won the title of #heroin_announcer and a decision was issued to stop her from working.

If you click on the hashtag, you will find all his news, scanned by the advisor, but we are here # Sisi pic.twitter.com/LspWrf78qT

Where did you get this?

The controversy of the case did not stop there, but extended to the question about the great wealth of the husband, who works as a judge and whose job prevents him from doing business.

In this context, local press reports reported that the judge facilitated the broadcaster to obtain the semi-exclusive right to cover the activities of the State Council Judges Club.

And the news platform website quoted judicial sources who affiliated with the accused in managing the housing file at the State Council Judges Club;

His wealth has increased dramatically in recent years without drawing the attention of the Judicial Inspection Department of the State Council to investigate him, and the Council's administration was surprised after the discovery of the murder by the size of the wealth.

In the context of talking about the ban on commercial business for judges, on June 17, President Abdel Fattah El-Sisi decided to dismiss Counselor Mohamed Hashem, Vice President of the State Council, because of his work in business by owning a restaurant and cafe with the participation of his friend in Uganda, which is prohibited by the law of the Council of Ministers. The state.

The crises of the fugitive Vice President of the State Council, Ayman Hajjaj, did not end when he was accused of cheating his wife, broadcaster Shaima Gamal, but rather extend to allegations of corruption, the practice of commerce and the inflation of wealth, as sources in the State Council explained to the platform in this report. https://t.co/c7OPsXZfKl

The man is accused of killing his wife, broadcaster Shaima Jalal, and mutilating her face after killing with a hundred fires, and burying her in the villa!

And then he filed a report that she is hidden!

What tyranny and dawn and ugliness de?

Where is Amal Maher?

The killing of the presenter, Shaima Gamal, did not dim the lights on the issue of the disappearance of the Egyptian artist Amal Maher, which the pioneers of the communication sites demanded her appearance after her disappearance for a long time.

A number of them expressed their fear of later revealing that Maher was injured.

Some indicated that the dead broadcaster's page was responding to her followers on her communication pages for a long time after her death, which means that the disappeared artist's publication of pictures of her on social networking sites, or the return of her YouTube channel, is not evidence that she is fine, according to their description.

The captain of the musicians, Hani Shaker, had announced a few days ago that he could not reach Maher's hopes to check on her, but he contacted the family, who confirmed that they were fine.

This is # Shaima_ Jamal, a body from a month ago, and her account will be published pic.twitter.com/4LcbTkjA0c

What curse befell us until we wake up every day to a crime that is more horrible than her sister.. Yesterday it was #Naira_Ashraf and today #Shaima_Jamal..and tomorrow we don't know who the new baby is. #Amal_Maher_Fin pic.twitter.com/Yy8va0zLxo

#Shaima_Jamal was until the first day yesterday, she publishes posts and responds to people and publishes pictures while she was killed for weeks, and this is the pinnacle of scientific miraculousness

What guarantees that Amal Maher is not Shaima Jamal?! #Shaima_Jamal #Amal_Maher

They will remain silent until we meet her fate like the fate of Shaima Jamal Amal, where is the rule of law?# Shaima_Jamal#Amal_Maher https://t.co/AfsOhsAn0v

Although the dead anchor is not considered one of the stars of Egyptian society, her murder brought to mind previous issues that occupied Egyptian society, in which husbands of public figures killed their "famous" wives, either directly or through others.

The most famous of these incidents was that the Egyptian businessman and owner of the famous electrical appliances factory Ayman Al-Suwaidi killed his wife, the Tunisian singer Zikra in 2003, after an argument with her before he killed his business manager and his wife and then committed suicide.

Among the most famous of these incidents is the murder of the Lebanese artist Suzan Tamim in Dubai in 2008, at the hands of former police officer Mohsen Al-Sukari, at the instigation of the famous Egyptian businessman Hisham Talaat Mustafa, Chairman of the Board of Directors of the “Talaat Mustafa Group”, one of the largest real estate development companies in Egypt. .

The death sentence was first issued against the defendants, before it was reduced to 15 years in prison for Mustafa and 25 years for diabetes. Then, in 2017, Egyptian President Abdel Fattah El-Sisi issued a republican decision to pardon Hisham Talaat Mostafa after he had served half the sentence.

We want to connect them together... Anyone know how to deliver it 🤔

Always ready to pardon the man and more!

In September 2021, the Chairman of the Board of Directors of Al-Ahram Foundation and Newspaper, Hisham Talaat Moustafa, received an official visit, the sole purpose of which was advertising.

The state institutions' washing of Hisham Talaat's reputation after reducing his years of imprisonment - with an amnesty - is what wastes the blood of a woman when she dares to reject the authority of a man.

#Shaima_Jamal Hisham Talat Mustafa is new in Egypt, normal, on Monday, month, two months, two years, people forget him, he hops to execution, catches a bird, hops criticism, stabs in the case, hops a lenient sentence, and hops his innocence with good conduct and behavior, and only that, believer 😂🤣 A thousand mercy on you, Shaima 🤲 pic.twitter. com/B4QVDHXcar