Top 12th graders reveal the secret of their superiority

A number of the first high school students at the state level expressed their overwhelming happiness for their superiority and their achievement of the first places at the state level in the secondary certificate, and their success in overcoming the difficulties and pressures they experienced during the academic year, pledging to continue the march of excellence to serve the country in 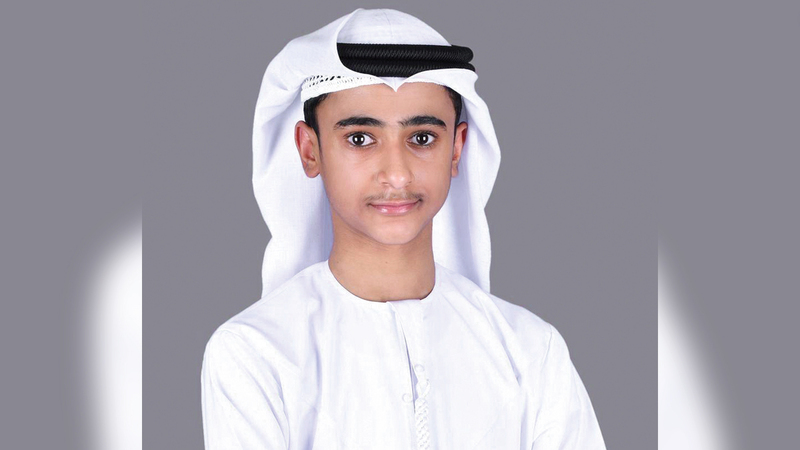 Top 12th graders reveal the secret of their superiority

A number of the first high school students at the state level expressed their overwhelming happiness for achieving the first places at the state level in the secondary certificate, and their success in overcoming the difficulties and pressures they experienced during the academic year, pledging to continue the march of excellence to serve the country in all fields by studying vital disciplines. Noting that organizing time and focus, supporting the family, and providing the appropriate atmosphere for study are the most important reasons for success, while the engineering majors attracted the inclinations of the first students, as they confirmed their intention to study space engineering, electricity and artificial intelligence, while the Khalifa University of Science and Technology came at the forefront of the universities that students wish to enroll in.

The students praised "Emirates Today" for the efforts of the state in providing a high-quality educational system and distinguished curricula, and they also appreciated the efforts of their teachers and schools that qualified them to obtain the highest grades.

The student, Mazoon Khalifa Salem Al-Haferi Al-Ketbi, from Falaj Al-Mualla School, which won first place at the state level, the elite track "government", confirmed that she made a great effort in studying, and that the teachers were idealistic and supported all students and provided them with permanent support, noting that she is superior. Since her childhood, the reason for her superiority is to rely on God, organization and diligence, and she expressed her desire to complete her studies in the field of space engineering at Khalifa University, as she has a passion for space and planets since her childhood, and she is also well-versed in mathematics and physics, which helps her to complete her excellence.

Mazoon dedicated her superiority to the leadership of the state and all its teachers in the various educational stages and her family, who provided her with all means of comfort, support and assistance, noting that she wished to be among the first to return the favor to her family.

While the student Somaya Abdullah Salem Hamad Al Ketbi, from Al-Atta School, the first in the state, the general track “government” said, “The call of His Highness Sheikh Mohammed bin Rashid Al Maktoum, Vice President and Prime Minister of the UAE and Ruler of Dubai, and congratulating her on her success is what made her most happy and made her happy. You feel proud and happy.”

She indicated that she intends to study space engineering at the UAE University, pointing out that she chose this major because of the country's achievements in the field of space and its desire to obtain the honor of serving the state and participating in maintaining its leadership in this field.

While student Mohammed Ibrahim Al-Mansoori, the first at the state level in the Secondary Applied Technology Advanced Sciences Program, said, "I am proud to have reached this stage, and I feel that the responsibility has become doubled towards serving the country and giving back," indicating that he intends to study artificial intelligence and computer science in Britain after being He received a scholarship from the Ministry of Education and an initial admission to University College London, attributing his choice of artificial intelligence to his passion for programming since childhood, and the state's focus on this field.

While the student, Assem Omar Mahmoud, from Al Maharat Private School, the first on the general track “Private”, presented his superiority to the UAE leadership and people, and to his teachers and family, indicating that he dreams of studying physics to become a physicist, and he hopes to obtain a scholarship to study this specialty in Khalifa University, especially that his sister preceded him in excelling three years ago and got a scholarship at Khalifa University.

Student Ali Hassan Aidarous al-Habashi, first at the Applied Technology Secondary School, Abu Dhabi, advanced, stressed that his excellence is the result of a great effort to achieve his ambitions to study electrical engineering at Khalifa University, noting that he dedicates this success and excellence to his mother, father and the whole family, all of whom stood behind him, supported him and encouraged him.

He said that his superiority is the result of many efforts, foremost of which is the efforts of his family by providing all the means that help him to excel and the efforts of the faculty members who did not spare all the students their knowledge or experience.