Map: This is what the fighting looks like in Ukraine

The war in eastern Ukraine is going on without a break. After the city of Sievjerodonetsk fell under Russian control, the focus is now shifting to the neighboring city of Lysychansk. - I judge that the Russian operation intention is to take back the entire Luhansk oblast, says Jörgen Elfving, former lieutenant colonel. 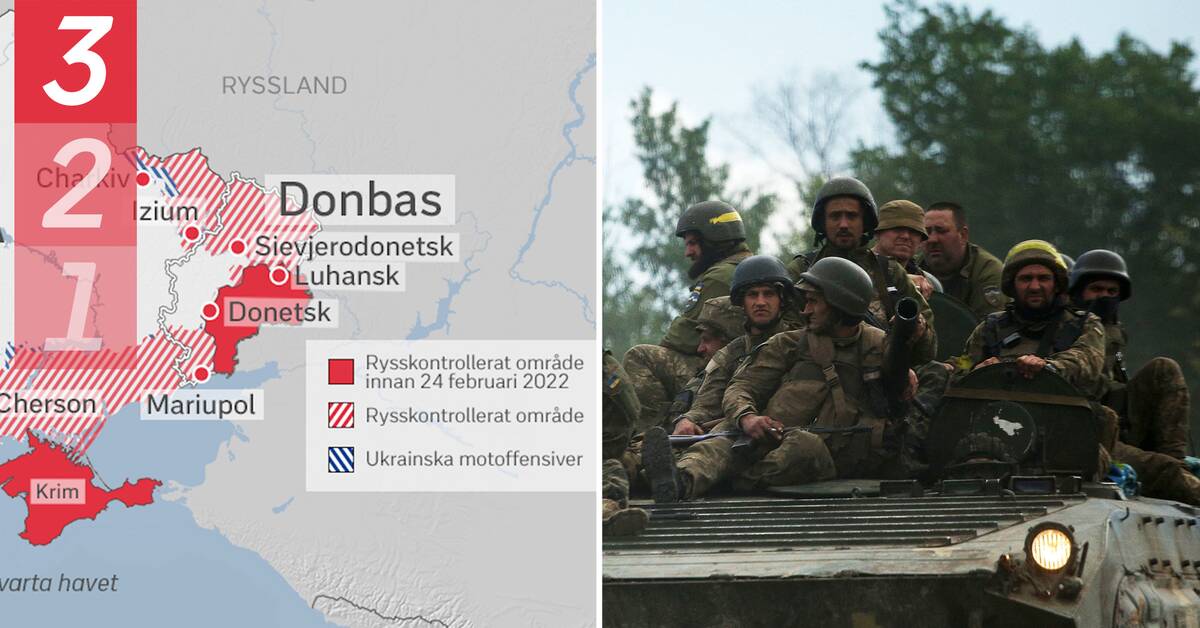 Following the withdrawal of Ukrainian forces from the city of Sievjerodonetsk in eastern Ukraine, the focus is now shifting to the neighboring city of Lysychansk.

It is located a few kilometers west on a hillside overlooking the river Donets and the now bombed-out Sevierodonetsk.

Here, the Ukrainian forces believe that they should have greater opportunities to face the Russian attack, according to Elfving.

Russia says that in connection with the recent fighting, it has taken control of a lot of munitions exported to Ukraine from the West.

- Among them Swedish armored shots of the type AT4, says Jörgen Elfving.