Madrid is shut down at the NATO summit

Large roadblocks and 10,000 police are waiting when the summit begins. The people of Madrid are urged to stay at home when Heads of State and Government, Ministers of Defense and Foreign Affairs gather to take a stand on NATO's future and, if possible, get Turkey to bless Sweden's and Finland's membership applications. 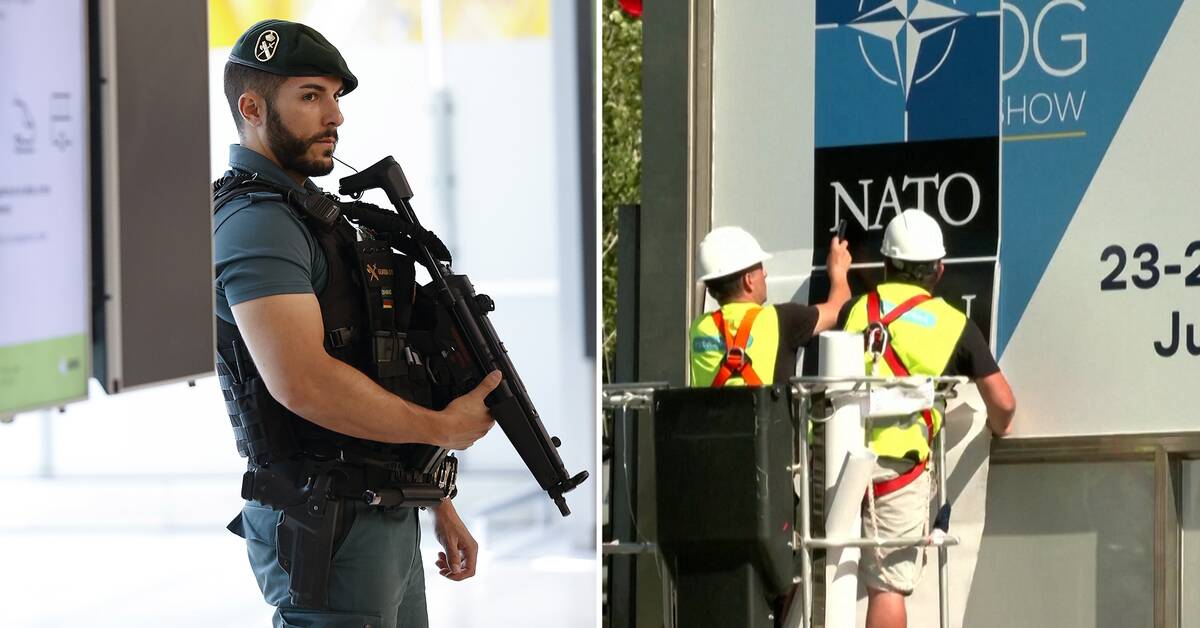 7,550 uniformed and 2,400 plainclothes police officers are deployed to ensure security around the summit to be held June 28-30.

Four areas in the multi-million city of Madrid will receive extra security arrangements, the IFEMA trade fair area, the residence of the Spanish royal family, the Prado Museum and Barajas Airport.

In practice, Madrid will be a closed city, warns Mayor José Luis Martínez-Almeida.

In an interview with the online magazine Vozpópuli, he asks residents to equip themselves with a lot of patience, to work remotely and not to drive during the meeting days.

In addition to the 30 NATO countries, there will be Sweden, Finland and other EU countries that are not members of NATO, as well as Australia, New Zealand, Japan and South Korea.

According to the Spanish television company RTVE, there are also hopes that Ukrainian President Volodymyr Zelensky will be present in person.

The Spanish security service states that there are no signs of an increased terrorist threat during the summit, at the same time an influx of activists from several European countries and several demonstration trains against NATO is expected.