There is hardly any shade at twelve o'clock in the morning in the courtyard of the Center for the Reception and Reception of Ukrainian Refugees (CREADE) in Pozuelo de Alarcón. The families... 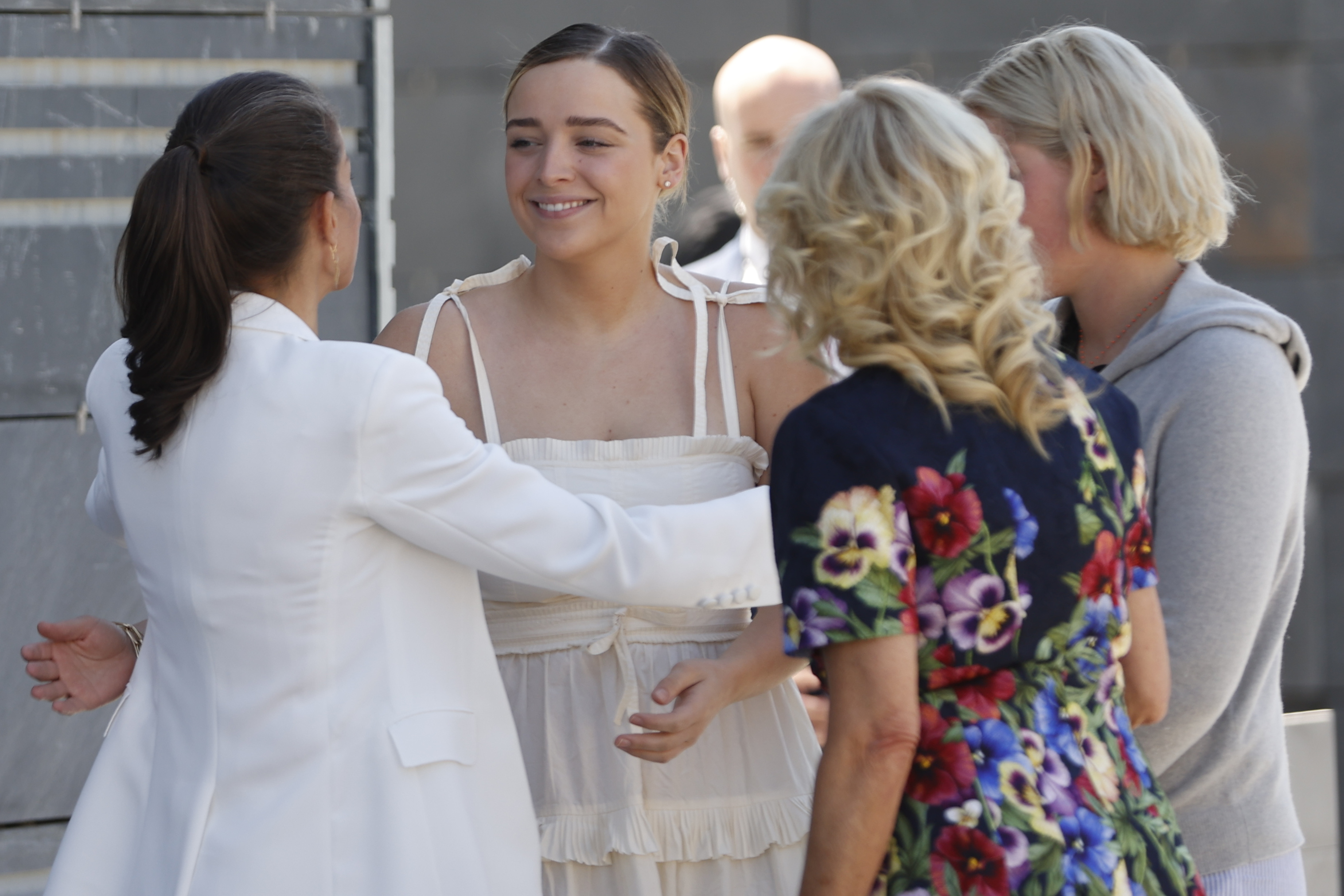 Center for the Reception and Reception of Ukrainian Refugees

The Ukrainian families who have been staying in this first place of welcome for days take shelter from the sun on the walls of this open-air space.

If you feel like eating something, you can go to the

It's not just any Wednesday at CREADE, even chef

arrive , who wanted to spend this morning with the Ukrainian refugees.

to the citizens of

is already known: the King has condemned the war on numerous occasions, the Queen has worn a regional shirt and they even spent Holy Saturday in this reception center.

that she would watch over the mental health of the refugees.

That is why they have designed this visit, to which the first lady of the

has arrived accompanied by her granddaughters,

So at twelve o'clock in the morning, the ladies have arrived at CREADE, where they have been received by Minister

, the Secretary of State for Migration,

and the general director of management of reception systems, international protection and early ,

Inside the auditorium there were also two representatives from

as president of the

The Queen has also introduced Jill Biden to representatives of the

, the three foundations with which Doña Letizia works the most.

The Queen greets Finnegan, one of the Biden's granddaughters.MariscalEFE

Of course, there was also José Andrés, Princess of Asturias Award for Concord 2021 and the person in charge of serving dinner at the Prado Museum

: "I think that a visit like this sends an important message. The work that Spain is doing is worthy of admiration", he opined.

José Andrés's NGO currently has 40 coffee stands deployed on the Ukrainian border that are open 24 hours a day, in addition to its presence in all points related to Ukrainians, such as the food trucks in the CREADES in Spain. "I had to visit these wonderful volunteers here," he explained to EL MUNDO.

We have not stopped offering food in a country where the infrastructure is broken," he described.

After learning about the operation of this center, through which 22,000 of the 124,000 refugees who have arrived in Spain have already passed, Jill and Doña Letizia have been able to speak with some of the families who have landed in Madrid a few days ago.

Because they don't stay at Creade for more than 72 hours, during which time they get a work permit, a health card and more long-term accommodation.

At the end of May, Spain was the fourth European country in number of temporary protection concessions.