It is embraced by Doha.. Indirect Iranian-American talks on the nuclear file and controversial points on the table

Today, Tuesday, the Qatari Foreign Ministry expressed Doha's readiness to provide the atmosphere that would help the indirect US-Iranian talks on the Iranian nuclear file to succeed, in which several points of contention emerge. 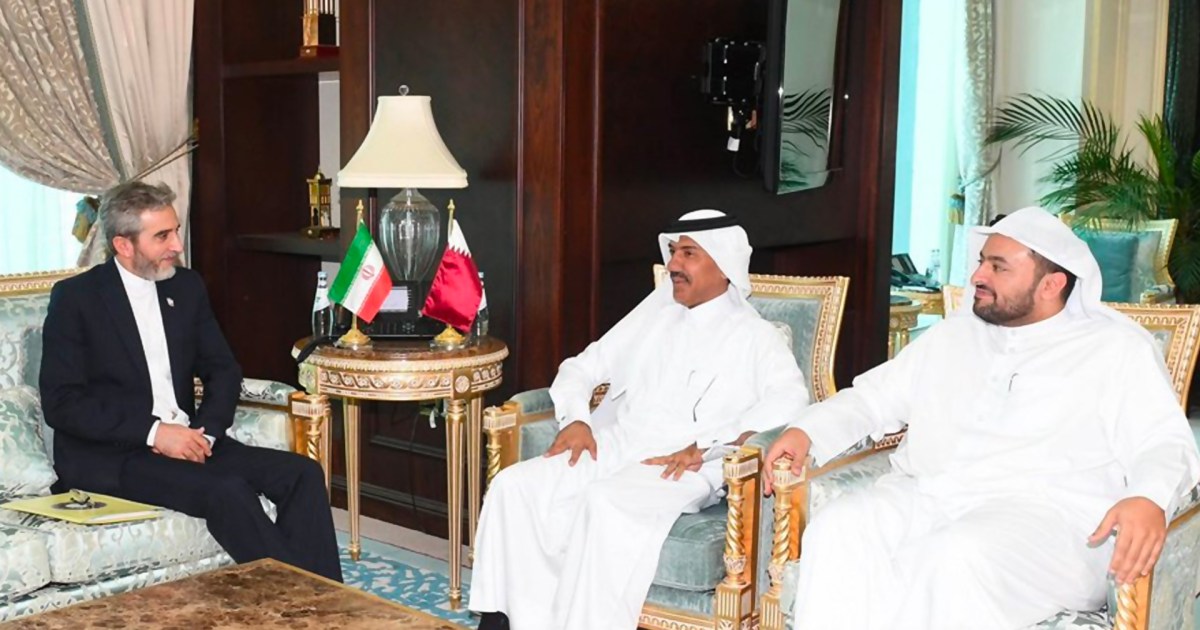 Today, Tuesday, the Qatari Foreign Ministry expressed Doha's readiness to provide the atmosphere that would help the indirect US-Iranian talks on the Iranian nuclear file to succeed, in which several points of contention emerge.

She added in a statement that she hopes that the Doha talks will culminate in positive results that support security and stability in the region, and open new horizons for broader regional cooperation and dialogue with Iran.

Today, the Qatari capital is hosting a round of indirect negotiations between Washington and Tehran in order to save the nuclear agreement, after long rounds of negotiations in the Austrian capital, Vienna.

The Iranian news agency quoted Foreign Ministry spokesman Nasser Kanaani that the nuclear negotiations will resume today in Doha, and that the country's delegation will participate, headed by chief negotiator Ali Bagheri.

In turn, the US State Department confirmed the participation of a delegation in the indirect round of negotiations with Tehran in Doha, expressing its readiness to complete and implement the nuclear agreement and return to total and mutual compliance with the agreement.

But she added that achieving this requires Iran to give up its additional demands that are outside the framework of the Vienna nuclear agreement.

The US special envoy to Iran, Robert Malley, the chief Iranian negotiator, Ali Bagheri, and members of the delegation accompanying him arrived in Qatar.

For his part, Iranian Ambassador to Qatar Hamid Reza Dehghani said he wishes the delegation success in this round of talks to reactivate the nuclear agreement.

The Secretary-General of the Ministry of Foreign Affairs meets with the Iranian Assistant Foreign Minister #Qatari_Foreign Affairs pic.twitter.com/Dc7j317CLW

According to European Union spokesman Peter Stano, these indirect talks will be under European auspices, and focus on resolving issues that prevent an agreement in Vienna.

"We will discuss, starting today, in Doha, under the direction of European Union Foreign Minister Josep Borrell" and his team, he said.

He stressed that the talks in Doha are not a substitute for the Vienna negotiations, but rather aim to resolve the outstanding issues between the United States and Iran to allow progress in other talks with major countries.

"Talks about reviving the Joint Comprehensive Plan of Action (the official name of the nuclear deal) are still scheduled to be held in Vienna. What is happening in Qatar now is indirect talks between Iran and the United States," he said.

He also called for accelerating the achievement of the desired results.

"I always say that time is not really on our side. So we have to move forward very quickly (...), so we hope that these things will continue as quickly as possible. Let's see what the outcome of the rapprochement talks will be in Doha, Qatar, and then we hope that the participants will be able to From meeting very quickly to continuing talks in Vienna."

"We were able to continue the (negotiating) process and we will move forward, and as a first step at this stage we are having these rapprochement talks. This means indirect talks between Iran and the United States to find a way forward," he added.

The United States withdrew from the agreement on the Iranian nuclear file in 2018 under its former president, Donald Trump, and re-imposed economic sanctions on Tehran.

Iran responded a year later by beginning to retreat from many of its basic commitments, most notably its uranium enrichment levels.

The administration of President Joe Biden sought to return to the agreement, considering that this path is the best with Iran, despite expressing growing pessimism in recent weeks.

According to the spokesman for the National Security and Foreign Policy Committee in the Iranian parliament, Abolfazl Amawi, his country will not negotiate directly with the United States before Washington returns to the nuclear agreement.

Amoei added that the coordinator of the Joint Commission for the Nuclear Agreement, Enrique Mora, is responsible for conveying messages between the two sides during the Doha talks.

The Iranian official accused the United States of violating international resolutions and laws and that it has not taken any step to reverse the decision to withdraw from the nuclear agreement so far, according to him.

Amawi stressed that the Doha talks aim to revive the nuclear agreement, noting that if Washington returns to the agreement and abides by all its commitments, it can present its positions directly with the Iranian side within the framework of the 1 + 5 group, as he put it.

The remaining points of contention between Iran and the United States - which are expected to be discussed during the upcoming talks with the aim of reviving the nuclear agreement - are embodied in counter-conditions and conditions.

In contrast, Washington says that Iran demands what is outside the agreement, and must respond to concerns that go beyond the nuclear agreement.

Iran also demands political, legal and commercial guarantees from the American and European sides, so that withdrawal from the agreement is not repeated.

But Washington previously announced that it could not provide guarantees to Iran that the next US administration would not withdraw from the nuclear agreement.

This is rejected by Iran.