[SBS Kim Tae-hyun's Political Show] Interview material is copyrighted by SBS Radio. When publishing a full text or citing an interview, please indicate the channel name and the exact program name as shown below. 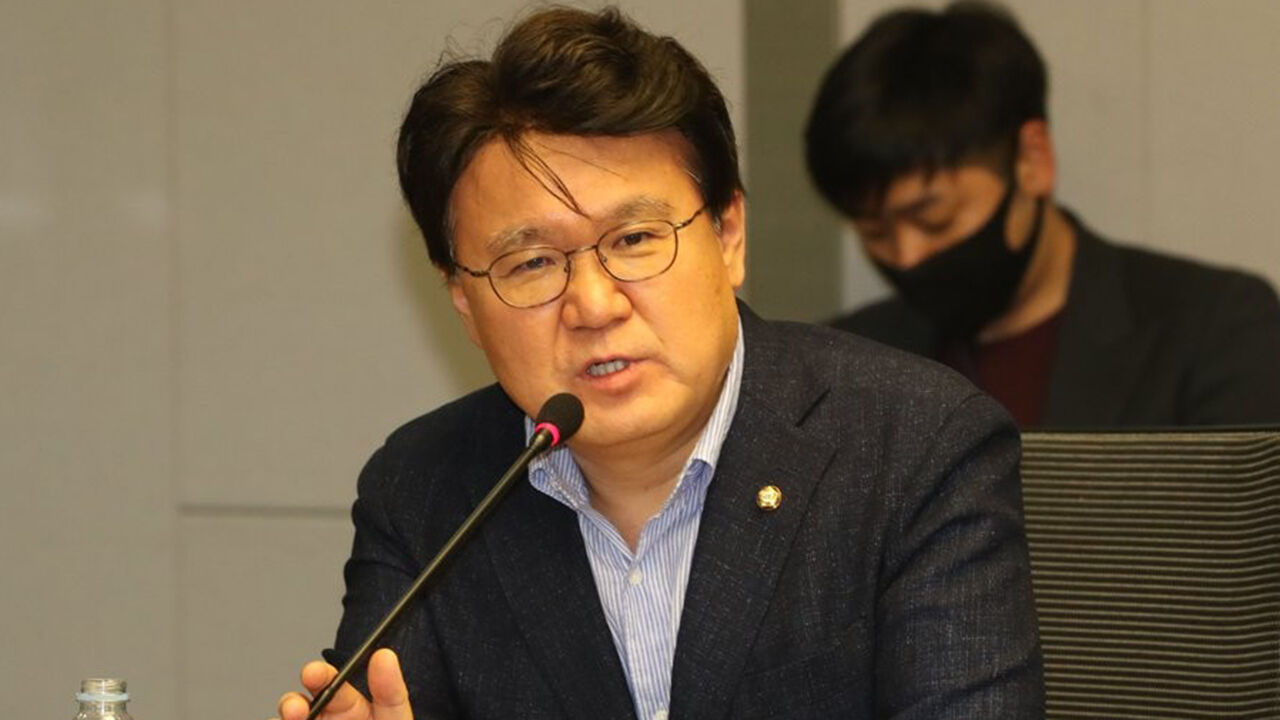 When publishing the full text or reporting an interview quote, please indicate the channel name and exact program name as shown below.

- The advisory committee has also rushed to the pro-prosecutor's

We need to guarantee everyone a chance to run

Minister of the Interior and Safety Lee Sang-min announced that he would create a new police department within the Ministry of Public Administration and Security.

The protests within the police are not uncommon.

There, Kim Chang-ryong, chief of the National Police Agency, announced his intention to resign with one month remaining in office.

In this regard, I will talk with Rep. Hwang Un-ha of the Democratic Party of Korea, who is a former police officer.

The phone is connected.

Senator, are you with me?

There were two very important events for the police yesterday, in the morning.

First, did you watch the press conference of Minister of Public Administration and Security Lee Sang-min?

▷Kim Tae-hyun: You have served as a police officer for over 30 years.

He even served as the head of the Ulsan National Police Agency, but from the perspective of a police officer, how do you view the establishment of a new police-related organization within the administration?

▶ Unha Hwang: In a word, it is an anti-constitutional and anti-the rule of law idea that is a revival of the security headquarters during the military dictatorship and leads to the political enslavement of the police.

It is defined as a return to the past and a regression.

I am aware of that.

In the past, the police have gone through such times as the Ministry of Home Affairs, the Public Security Bureau, and the Security Headquarters.

At this time, there was such a mistake that the police were subordinated to political power and failed to maintain neutrality.

Therefore, it is desirable to make the National Police Agency independent and to control the affairs of the police through the Police Commission.

That's why it has such a historicity by removing the affairs related to public security from the affairs of the Minister of Public Administration and Security.

Minister Lee Sang-min did not fully understand this historicity, and within a short period of time, scholars who were pro-prosecutors and professors from the prosecution service.

So, people with very narrow views on the police organization, such people, formed an advisory committee or something, made these recommendations in a hurry, and held a press conference to accept them.

This is very worrisome.

▷Kim Tae-hyun: Yesterday, when I heard about Minister Lee Sang-min, it was expressed like this, that the establishment of a police station within the Ministry of Public Administration and Security was abnormal, rather than the existing system, that is, the Blue House controlled the police with a security secretary under the chief of civil affairs at the time. What is your position on it?

▶ Unha Hwang: The greatest risk to the neutrality of the police is when the police are under the Minister of the Interior.

It is said that the Blue House also directly controlled the police through the chief civil affairs office or the security secretary. It's an abbreviation.

It is true that the Senior Civil Affairs Office has been managing personnel in powerful institutions such as the police, prosecutors, and the National Intelligence Service.

▷Kim Tae-hyun: It's the same investigative agency, but isn't there a prosecutor and a police in Korea?

▶Woon-Ha Hwang: There is such an opinion.

First of all, what is most of the work of the Ministry of Justice?

Most of the work of the Ministry of Justice is prosecution work.

That's why the law makes the Minister of Justice as the chief overseer of the prosecution's affairs.

It is also stipulated by law so that the Minister of Justice can direct and supervise the prosecution.

This is stipulated in the Government Organization Act and the Public Prosecutor's Office Act.

However, in the Government Organization Act and the Prosecution Act, there is no public security in the affairs under the jurisdiction of such ministers, and the Minister of Public Administration and Security does not have rules for commanding and supervising the Commissioner of the National Police Agency.

It is, after all, a simple, ignorant idea to say that it is not just something similar.

By keeping the distance from here, the neutrality and independence of the police were secured.

This is a historical lesson.

That is why they are stipulated differently in the Government Organization Act, the Public Prosecutor's Office Act, and the Police Act, respectively.

Isn't this the same thing as the Justice-Prosecutor's Office, the Ministry of Security and Public Administration-Police without understanding this historical context?

That's how I made a mistake.

▷Kim Tae-hyun: The so-called overhaul or adjustment of the police and police investigation powers If such a bill is passed, is it not true that the police's authority has become more bloated than ever before?

Therefore, there seems to be an opinion like this, that some degree of control must be entered.

▶Woon-Ha Hwang: This is a valid statement.

The Minister of Public Administration and Security has strengthened this idea even more because the bill is being passed. He said this.

First of all, the Minister of Public Administration and Security should not say that he is a thoroughbred.

A minister who is a minister should not use the expression of scrutiny and perfection in this way.

Then, in those remarks, the Inspection and Destruction Act was passed, so now I have to take a look at the National Police Agency, a kind of anger.

This misunderstanding can arise.

It shouldn't be the Minister of Public Administration and Security.

This is the lesson of history.

The police were at their greatest risk when they were under the Ministry of Public Administration and Security.

Let me ask you something about the party.

There was a Democrat workshop over the weekend.

There were reports like this, how was the atmosphere?

▶Woon-Ha Hwang: First of all, it is not a group that supports or opposes a specific politician.

Many lawmakers in the workshop said that those responsible for the presidential and branch elections need time to reflect, so I hope they don't come out this time.

You said a lot of these opinions.

Also, it is true that there have been comments saying that if Rep. Jae-myung Lee runs for office, it might be seen as a factional fight, so he should not run for office.

I understand that this is loyalty from the heart to save the party.

But the bottom line is, I think everyone should be guaranteed a chance to run, regardless of what faction, what generation, responsibility, or player.

That's the only way to save the Democrats.

I see it that way.

For this kind of thing, people in senior or leadership positions in the party should talk about the party's future vision. I won't come out, so don't come out.

It is difficult for me to agree with this statement.

▷Kim Tae-hyun: Then, Assemblyman Lee Jae-myung, Assemblyman Hong Young-pyo, Assemblyman Jeon Hae-cheol, and former Vice Chairman Park Ji-hyeon, and Park Yong-jin all came out in the 1970s and it seems that Kim Min-seok was also running for office.

I think that's the only way to save the party.

I think it is necessary for the unity of the party as well.

There are opinions that Rep. Jae-myung Lee should not run for office, but I think that opinions should be listened to as valuable opinions.

However, if the leadership of the party is needed in a crisis situation, and if Lee Jae-myung cannot establish leadership properly now, if the leadership does not lead the party properly and achieve integration and innovation properly, party members worry that they will be defeated in the general election two years later. It's a lot.

There are many legislators.

So both opinions are valid.

In such a situation, don't come out looking at either side. I don't think it fits with the spirit of the Democratic Party.

Today, Senator, I will end it here.

Next time we will take you to the studio.