Guide: Here are the airlines whose employees are threatening to strike this summer

Staff shortages, low wages due to rising inflation and pandemic wage cuts that have not been restored. These are some of the reasons why the flight chaos does not only affect Arlanda this summer. Thousands of employees at various airlines around Europe are announcing strikes. 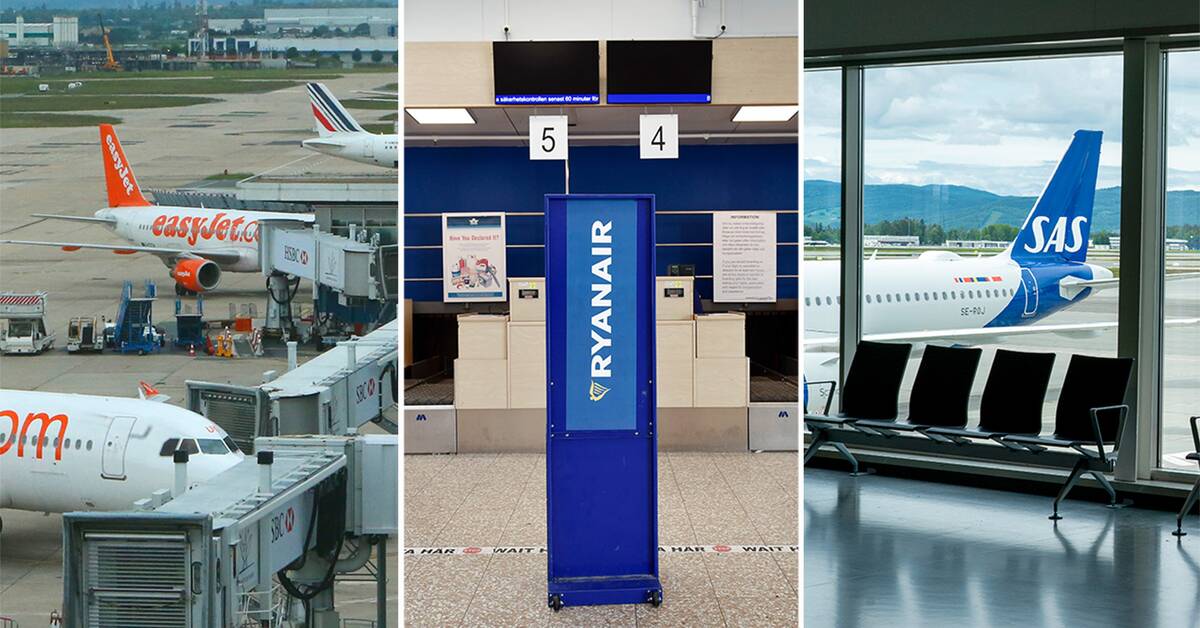 The mediation process is still ongoing between the union and the management.

At midnight, 900 SAS pilots in Sweden, Norway and Denmark are expected to go on strike, if no solution is reached.

According to the airline, at least 20,000 passengers per day can be affected - and up to 250 departures.

Parts of the airline's cabin crew have been on strike since June 24, in Belgium, Spain, Portugal, France and Italy.

Employees in Spain are also expected to strike on June 20 and July 1-2.

Last weekend, 54 flights were canceled in Spain and more than 200 flights were delayed due to the RyanAir strike, reports La Vanguardia.

Aircraft traveling to or from Barcelona, ​​Palma de Mallorca and Malaga are affected.

450 employees have called for the strike.

British Airways staff at London Heathrow voted in favor of a strike on Thursday, after the company did not take back the ten percent pay cut that was implemented during the pandemic.

The strike affects those traveling to or from London Heathrow Airport and is expected to continue in July and August, writes the BBC.

The union representing Lufthansa is demanding a wage increase to meet rising inflation.

Negotiations are expected to begin on June 30.

As early as June 25, the airline announced that it was canceling more than 3,100 flights this summer, partly due to a shortage of staff and several employees falling ill with covid.